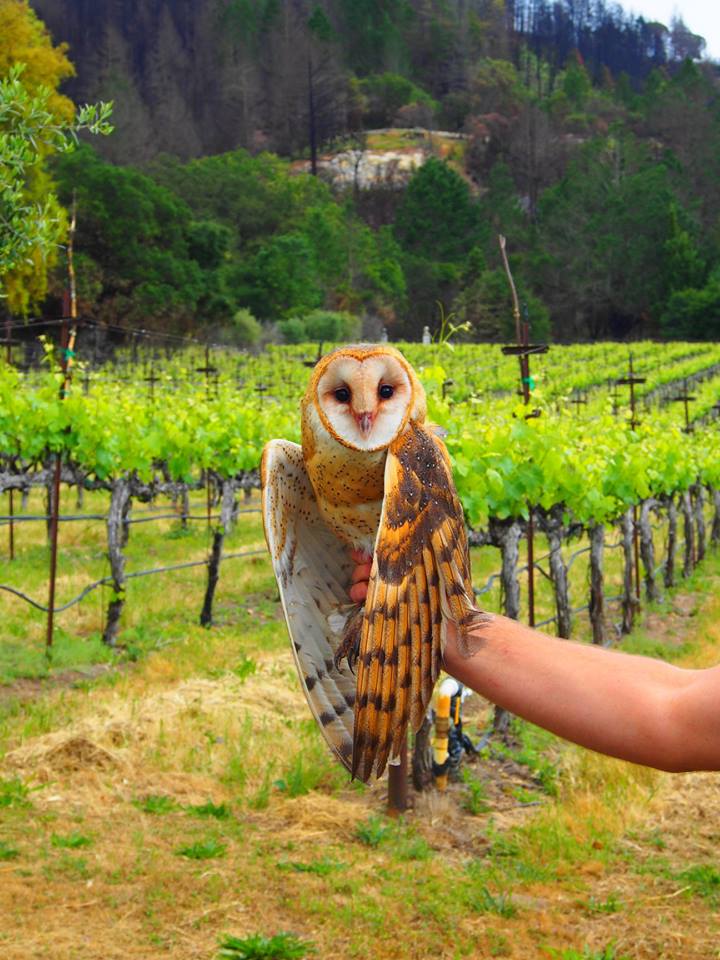 Dr. Matt Johnson—a professor at Humboldt State University, in the school’s Department of Wildlife, who’s overseeing an extended research study gauging the effectiveness of using owls, versus rodenticides, to remove rodents from nearby Napa Valley vineyards—provides, in a “Talking Animals” interview, an overview of Humboldt State, the focus of work undertaken in the campus’s Department of Wildlife, and some of the other research he’s conducted in his nearly 20 years at the college.

He notes that the University’s proximity to some stunning, even singular habitats—among them, Humboldt Bay, Redwood National Park, Six Rivers National Forest—lends itself to directly researching a wide array of bird and mammal species.

Johnson describes how the owls-displacing-rodenticides study was spurred by one of his grad students, Carrie Wendt, who observed that the 60-plus Napa Valley vineyards had erected some 300 owl nest boxes, but the efficacy of the boxes (well, their tenants) had not been evaluated.

Starting to do so launched the study, in 2015. Johnson explains some key elements of the research, including why barn owls are central (in addition to preying on gophers, voles, and other rodents, they are secondary cavity nesters—meaning they nest in cavities or crevices not of their making, like barns…or nest boxes), and how far they typically travel from their nest boxes to hunt.

This was determined by GPS tracking, indicating the owls range a mile or further, suggesting a certain portion of their hunting—but far from all of it–occurs in the vineyards, Johnson says. He adds that the study remains ongoing since 2015, and will continue doing so, with different students conducting different facets of the research.  Johnson notes that while the study is chiefly funded by grants that he and his students have written, the vineyards are helping underwrite the research, a somewhat delicate circumstance.

Johnson details the awful impact of rodenticides, not only for the intended animals, but also for birds who get into the poison, or animals who eat rodents that have consumed a rodenticide; these can yield horrific deaths, marked by internal bleeding and considerable suffering.

That’s why we need barn owls for this job!