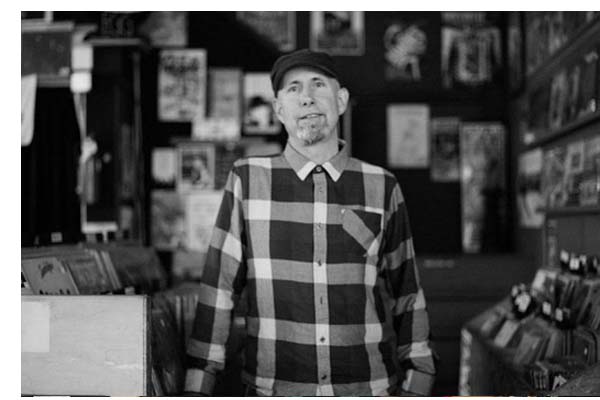 “I remember you had just received a strange 12” record, directly from London. Let’s put it on and find out what it’s all about, you said. It was Bauhaus. That’s my first memory of meeting you.” Says Bruce Pavitt at the beginning of a long, intimate conversation with Norman B. At that time, back in the late ’70s, Bruce was a student at Evergreen State College in Olympia, Washington State. Norman was in his fledgling days as a DJ and music curator, He had a Friday night show at KAOS, the campus radio station. Getting together again to chat after thirty or so years, was a special treat for both men and it also meant the conversation could veer off into personal anecdotes occasionally. This is a helpful hint that you are not going to hear a typical interview about the history of a small, quirky record label that took the world by storm and became one of the most recognizable names in popular music. Instead, you will hear a fascinating conversation between two people whose passion for music, the arts, and culture has taken them on incredible journeys. “Historic!” Is how creative director, Robert Newman describes this conversation between Bruce and Norman. His insight is unique, in that he was instrumental in the careers of each man. The conversation with Bruce is long, so we are airing it in two parts. Plus, Norman asked Bruce to select music to accompany their conversation. Bruce’s selection will surprise and delight music lovers everywhere. See if you can take a guess at his playlist?