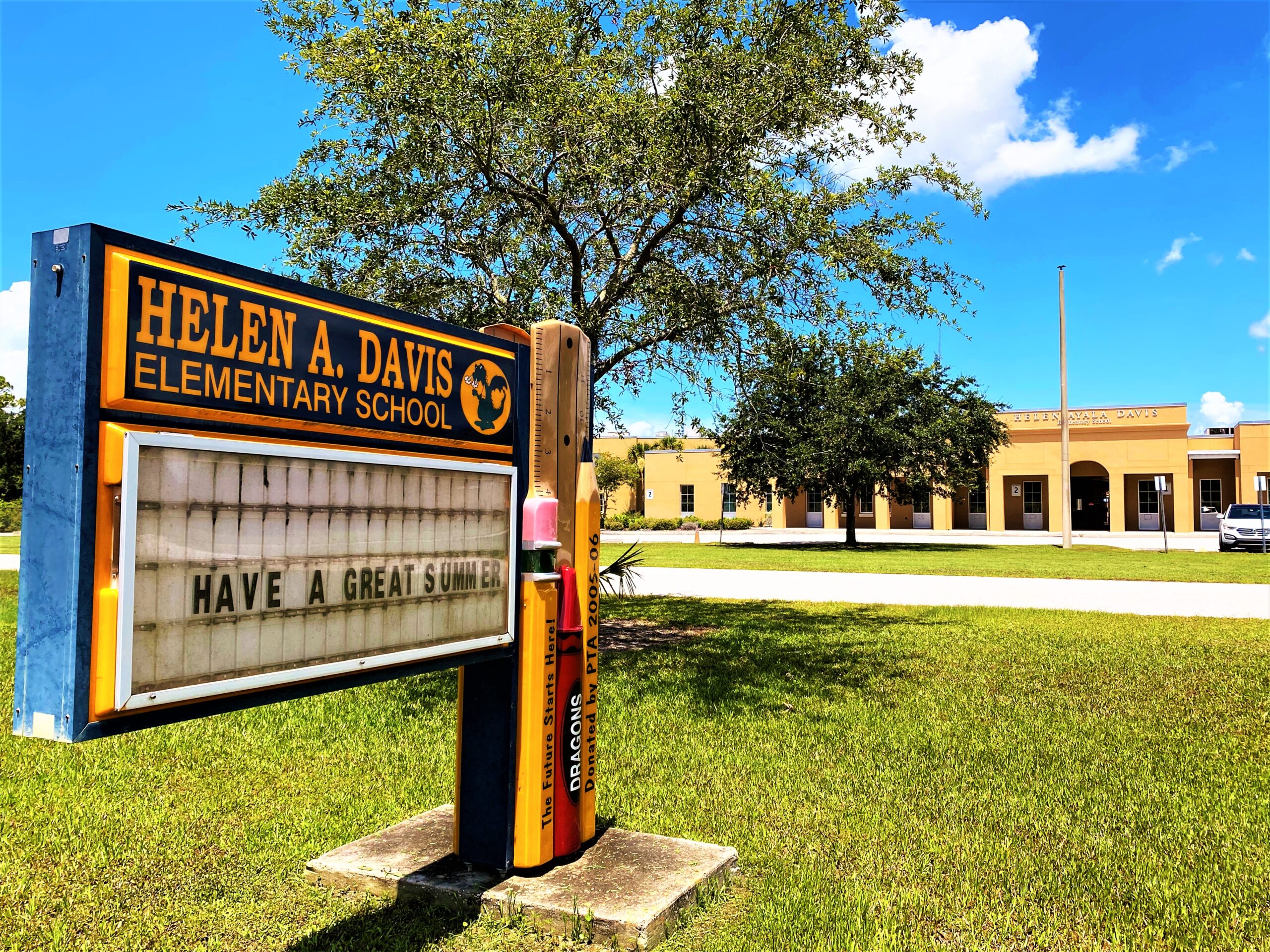 A school advocacy group is calling for more action after it found a teacher at a Tampa elementary school hit a student with a desk and the principal tried to cover it up. The group Teaching for the Culture is calling for more oversight and accountability in the District’s Office of Professional Standards.

Bianca Goolsby started Teaching for the Culture to give educators, students and parents a safe place to share concerns. And, when necessary, blow the whistle on bad behavior at Tampa Bay schools.

That’s how she came across the video of Helen A. Davis Elementary fifth grade teacher Kayla Godwin shoving a desk into the young student. It was recorded by a paraprofessional who could’ve gotten in trouble just for filming. But Goolsby said they’d had enough of unanswered complaints.

“The only reason why she recorded the video was because she kept reporting that the child was getting pinched and hit and all this type of stuff and the principal didn’t do anything about it,” Goolsby said. “So finally she recorded it.”

The May video was provided to WMNF. In it, the teacher and the student can be heard speaking back and forth with raised voices. Then there’s the percussive grind of the desk’s metal legs scraping across the floor until it slams into the child as he lets out a painful grunt. Godwin telling him not to move as she holds the desk against him and he cries out in pain.

According to documents obtained by WMNF, Davis’s Principal, Patrick LaLone had seen the video as early as May 10. That’s when he reported it to the Office of Professional Standards or OPS. But he left out the part about the violent shove. Only telling the office he was concerned over Godwin yelling at the student and the student “moving” the desk toward her and her moving it back.

He was advised to write her a memo and nothing else.

Goolsby then contacted Hillsborough County Superintendent Addison Davis directly. The OPS again looked into it and found LaLone hadn’t accurately reported the incident. In a June 15 letter to LaLone, he’s told the teacher’s actions were entirely unacceptable. It said the Office couldn’t appropriately investigate because he had misled them.

He was officially reprimanded in the letter.

Godwin got a letter on June 22. Her punishment was a five-day suspension without pay.

Goolsby said the punishments amount to a slap on the wrist for both. She said neither belongs around children.

“The principal saw the same video I saw and did not take action. And he’s a mandatory reporter,” she said. “This is child abuse. I am so disappointed.”

In Florida, education professionals are legally required to report any instances of child abuse. Instead, Goolsby said Lalone chose to cover it up.

And no investigation followed.

Representatives from the District said: “No lengthy investigation was necessary given there was video of the incident.” Adding: “The disciplinary decisions made were based on a review of the video and discussions with the involved employees.”

The latest incident and allegations of misconduct being covered up come on the heels of a Tampa Bay Times report that found a Blake High School student was retaliated against after filing a sexual harassment case against a teacher.

“Those key positions right there need to be looked at vetted appropriately to make sure that we have the right leaders in position,” Goolsby said. “So when something does happen, there are leaders in place to make sure that they are addressed and not handled in the way that it is handled.”

Superintendent Davis was not available for an interview Monday afternoon.