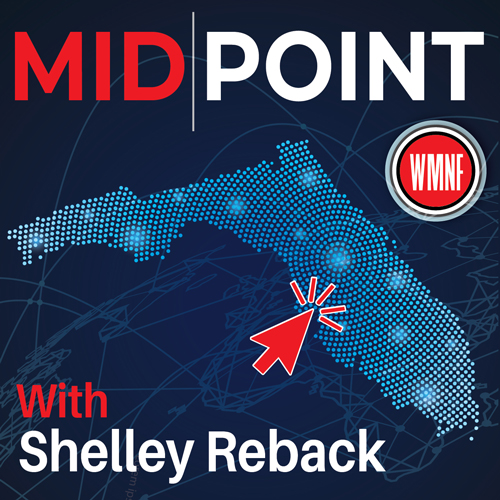 Over the past 2 years, the DeSantis administration has restricted the teaching of critical history studies, banned diversity, equity, and inclusion policies, imposed surveys of students’ and professors’ political beliefs, taken over the Florida Board of Governors of the university system, hidden identities of university President candidates so they can’t be vetted by the public, ignored tenure review policies to mandate tenure for the Governor’s political appointees, canceled Florida universities’ relationship with their accrediting agency, and reformed tenure policies to make employment less secure for faculty. On MidPoint, we talked about how this affects the quality of education, the reputation of Florida schools, and the effect on teaching with our guests, USF History Prof. Brian Connelly, who is a member of the USF Faculty Senate, and Education Prof. Steve Lang, Pres. of United Faculty of Florida’s USF Chapter, a faculty union.

THERE WILL BE LAWSUITS
Prof. Lang, the union president, flatly declared that all of the UFF member faculty are against the new “Stop Woke” law. No one really knows what the consequences are for a violation of this law, but, Lang presumes, that a violation would cause the university to lose some State funding. He believes the law puts the university in the position of policing faculty speech, but their contract with faculty doesn’t permit the university to interfere with the faculty’s academic freedom. Because of this conflict, the law may violate the collective bargaining agreement already in existence that defines the relationship between the faculty and the State universities with respect to academic freedom. This, and several other provisions of DeSantis’ education reform act, SB 7044, are in litigation now.

Lang also warned that the new “Stop Woke” law may be in conflict with the standards and values of many of the accrediting boards that issue credentials for various professional licenses. “I don’t know what the universities would do when their standards (for accreditation) require them to have values (in)consistent with the values of the profession,” he said.

FEARS FOR THE FUTURE OF TEACHING
Prof. Connelly indicated that the faculty has recently received draft guidelines on the law from the university’s Office of General Counsel. “They’ve emphasized the word objective.” He noted that the universities have not yet intervened at the level of policing classroom content, but there are now efforts to have faculty submit their syllabi well in advance, and professors believe this is so that a word search analysis can be conducted to determine if the content of classroom teaching needs further review.

“The right and conservatives have appropriated the language of mid-20th century liberalism and then deployed it for their own ends,” Connelly noted. “Intellectual diversity and viewpoint freedom” and the language of multi-culturalism are being used as the rationale to support these laws that are designed to serve very different ends.