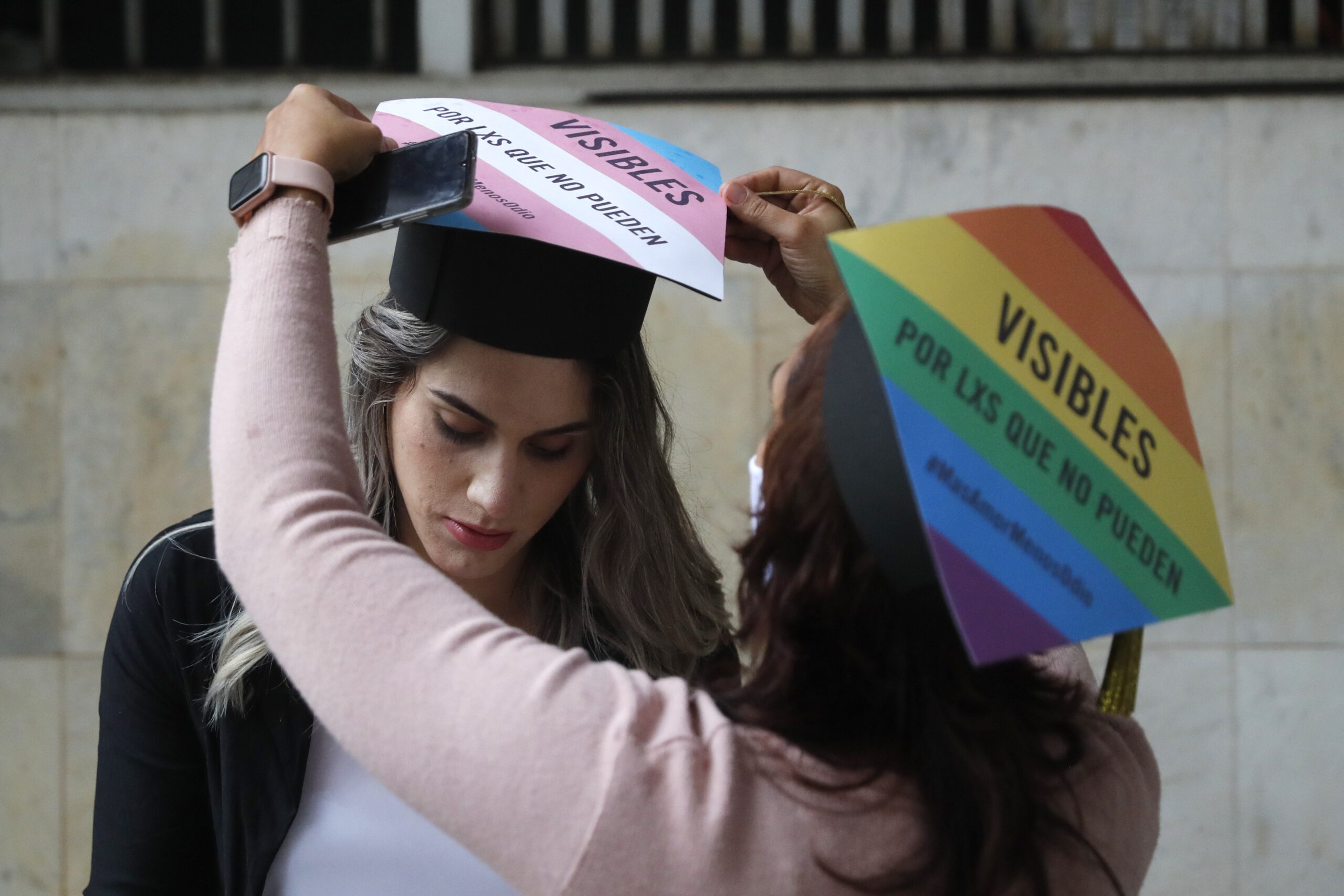 Following the passage of the ‘Parents Bill of Rights’, activists in Florida warn the state is becoming unsafe for LGBTQ youth.

Republican Senator Kelli Stargel might’ve quashed her own bill banning transgender girls from girls sports, but the “Parents Bill of Rights” is now on its way to Gov. Ron DeSantis’s desk for his signature.

Ray Rodrigues, the bill’s Senate sponsor said the bill only gathers existing law into one place.

“What we are seeing is government power is slowly encroaching and expanding,” he said. “It will do so until the parents assert the rights that they have, but they have to know what those rights are in order to assert them.”

But LGBTQ advocates fear the bill adds language to law that could force school faculty to out students as gay or transgender to parents. Lakey Love of the Florida Coalition for Transgender Liberation said section 3 of the bill is especially troubling.

But Love said the language is vague by not defining what “important information” is, which could lead to forced outtings.

“Things that are said in supposedly safe spaces, you’re now supposed to be reporting,” they said. “Whether you hold the information inadvertently or purposefully is now subsequent to disciplinary action.”

Willow Leech is a trans woman. She said she wasn’t ready to come out publicly until later in life. And if she had been forced to come out earlier, she might not be here today.

“I would’ve been laughed at, harassed, bullied, assaulted,” she said. “I may well have been beaten or raped. Driven to depression or self-harm. And committed suicide rather than continue to be treated as an abomination by the institutions that are supposed to protect us.”

Some danger comes from the home as well. LGBTQ youth only make up about 10 percent of the nation’s population but the National Coalition for the Homeless said LGBTQ youth account for as much as 40 percent of homeless youth.

Rev. Russel Meyer of the Florida Coalition of Churches said LGBTQ youth often find safe harbor and role models at school. Adults who can help guide children when they feel unsafe at home. He said this bill removes that security.

“If these laws pass, then young people who are struggling with their self-identity will know there is no safe adult in their school system,” Meyer said. “What we are doing is endangering children and that is state-sanctioned violence.”

Stargel’s bill still has a slim chance of being heard this year, but is likely to come back next year. The “Parents Bill of Rights” is expected to be signed into law by DeSantis once it reaches his desk.

Law or not, Leech said she and others will continue to fight antiquated legislation that further marginalizes vulnerable groups. She said lawmakers pushing anti-LGBTQ legislation will fall to the same side of history as those who supported segregation.

“We will continue to fight this,” she said. “We will not be made to disappear and be forced into the wrong gender. The trans community is stronger than those who dedicate their political power to attacking us and we will outlast them.”