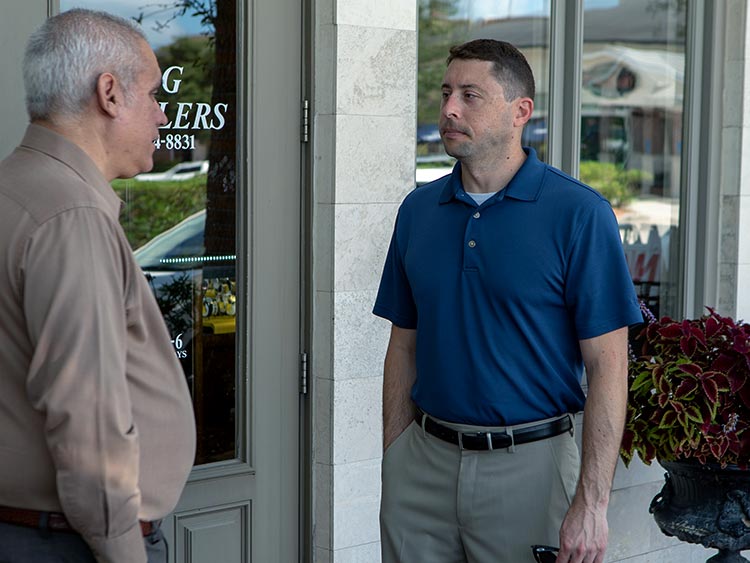 Employees of a local political campaign are unionizing; the Adam Hattersley for Congress campaign says they’re the first Florida campaign to unionize in 2020.

Amy Bolick, the campaign manager of Hattersley for Congress, says they’ll be part of a local chapter of the International Brotherhood of Electrical Workers, or IBEW.

“Adam Hattersley is currently a State Representative in Florida. He represents District 59. And he is running for Congress in Florida’s 15th Congressional District, which comprises parts of Eastern Hillsborough, Polk County and Southern Lake County.”

SK: Your staff has voted to unionize. Why did you do that?

“Our staff voted this past month to unionize. And the reason we did that is we’re a small team right now, but we’re going to be growing in the next couple of months. And campaigns have a reputation for really being run by young people who do backbreaking work. They put in lots of hours because they care about the causes and the candidates that they’re working for.

“So, we wanted to send a message, as we’re looking to build our team, about the kind of campaign we are, and the way that we value treating our staff. And, you know, taking care of the people who make this operation work.”

SK: You’re going with the IBEW Local 824. What’s the connection there between the IBEW and a political campaign?

“It’s really interesting. We became friends with the folks at IBEW over the course of the past year. We met them when Adam was running for state house. And, we’ve maintained a great relationship with them. And other chapters of IBEW have actually organized the Idaho Democratic Party. They organized with Pete Buttigieg campaign. They organized the Elizabeth Warren campaign. And it’s part of a trend of local unions, kind of, branching out from their traditional fields that they unionize in, as a way to really reinvigorate the labor movement in America. Because of some of the ground that’s been lost in the skilled trades.

“For example, my wife just started working as a nurse, and she’s actually unionized by the food workers. She’s not a food worker, but that’s who’s she’s unionized by. So, it’s really part of the bigger trend of unions branching out from the traditional fields that they’ve organized folks in.”

SK: Is there anything else that people should know about your campaign to unionize?

“We’re really lucky to work for a boss who has always been good to his staff. So, it was not surprising to me when Adam was completely behind us unionizing. And in the process of the negotiation, we were really able to win some great benefits for the folks who are currently on the team. And we’re going to be joining the team.

“We have bonuses for workers: win bonuses and bonuses in the event if our campaign is not successful. And those bonuses are usually only available to high-level staff and to consultants. And we wanted to make sure that that was available to everyone on the team, all the way from campaign manager down to field organizer.

“So, we really wanted to do things a little bit differently and make sure that we’re taking care of everybody on the team. Because we know what kind of work goes into making a campaign function. And that this campaign wouldn’t operate without the hard work of everyone on the team.”

Hattersley is one of several Democrats running to be their party’s nominee to face incumbent Republican Ross Spano in November.