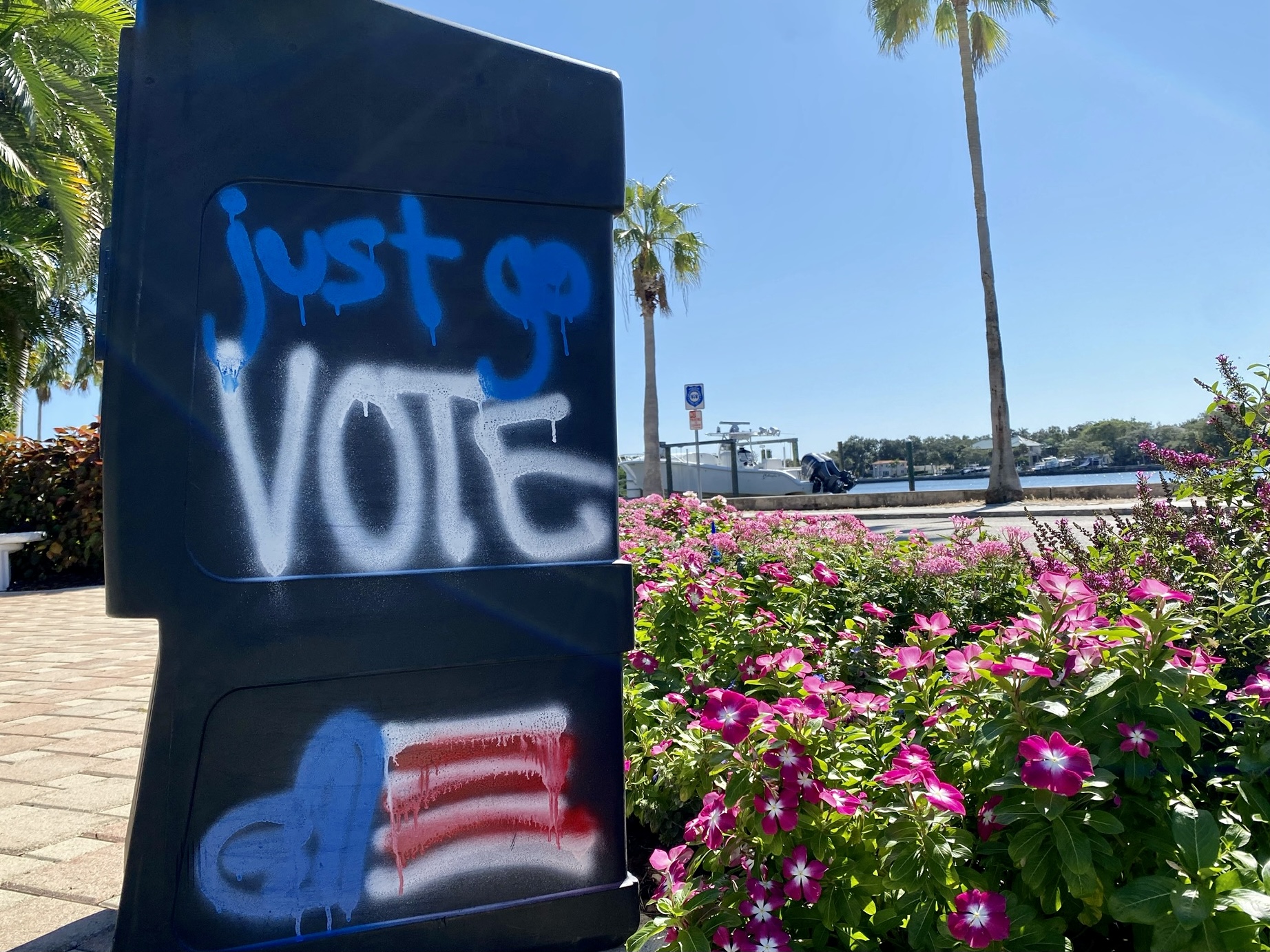 Florida experienced record early voting this year with early-in-person and mail-in voting ballots nearly surpassing the total number of ballots cast in 2016. With most votes being cast early, even historically busy polling sites around Tampa Bay are seeing light turnout.

Jeremy Gloff stood just outside St. Petersburg’s Coliseum Tuesday, a usually bustling home to five of the city’s precincts. Most years on Election Day, the line extends down the block.

This year though, Goff, who was out conducting exit polls since 7 a.m., saw the only line of the day clear by 7:30.

“Before it was a constant at least a little trickle in and out endlessly. There wasn’t any dead times like there is now.”

Gloff’s experience was echoed throughout the Tampa Bay area where polling sites seemed mostly bare. That’s thanks largely to the 9 million Floridians who cast their ballots before Election Day, a vast majority of Florida’s 14 million registered voters. And by noon, more Floridians had voted in Florida than in 2016.

Return to the polls

Lynette Green, a Tampa voter, cast her first ballot in more than a decade Tuesday. She said as a Black woman, she felt her voice didn’t matter. That it, until she heard President Trump refuse to denounce white supremacy.

“I started thinking about my kids, my grandkids, I’m like. ‘Okay, it’s my duty,” she said. “When they asked Trump to denounce the white supremacy and he wouldn’t, I couldn’t believe it. He said ‘Stand by’ what do you mean stand by? That drove me to the polls.”

Green didn’t make up her mind about voting until less than a month ago. But once she did, she paid attention to the down-ballot initiatives as well. She voted yes on Amendment 2, raising Florida’s minimum wage to $15-an-hour.

“They’re not gonna do it all at one time which is what a lot of people think. It’s gonna gradually gonna go up that way to fit the economy. So it’s not gonna hurt us like what they’ve been saying.”

“I feel it hurts small businesses. I feel that those kind of jobs are more for like, teenagers, I guess.”

Recker acknowledged that she’s kind of a unicorn when it comes to voting demographics.

“But I am gay too and we do exist. Republican LGBT. We do exist.”

The 51-year-old said she’s been voting Republican since 2012. After some soul searching, she found the Republican Party aligned more closely to her beliefs, particularly her pro-life stance and belief in the Second Amendment and switched parties.

“I believe in a woman’s right to choose, but to choose whatever gun she wants.”

Intimidation at the polls

With Election Day voter turnout light, so too were instances of voter intimidation, despite nationwide concerns.

WMNF only found one case of voter intimidation. At the Northside Lodge in St. Petersburg, a woman who asked not to be named for fear of retaliation said she was physically threatened by a man who supported Trump and claimed to be the Lodge’s leader. The Lodge is the polling site for precincts 136 and 137.

Johnny Bruton, the site’s clerk, said he didn’t hear of anything. But a poll watcher said she witnessed it.

“She felt intimidated enough, I don’t think she stayed.”

The Pinellas County Supervisor of Election’s Office said it was looking into the incident.

Back at the Coliseum, Alexander McGreevy, a 24-year-old Democrat, dressed in a stars and stripes romper and USA socks. With a rainbow flag mask and “Impeach 45” hat he said he didn’t think American could take another four years of Donald Trump.

“I think there is real American values at stake,” he said. “Integrity in not just our voting process but the justice process and trusting our government officials.”