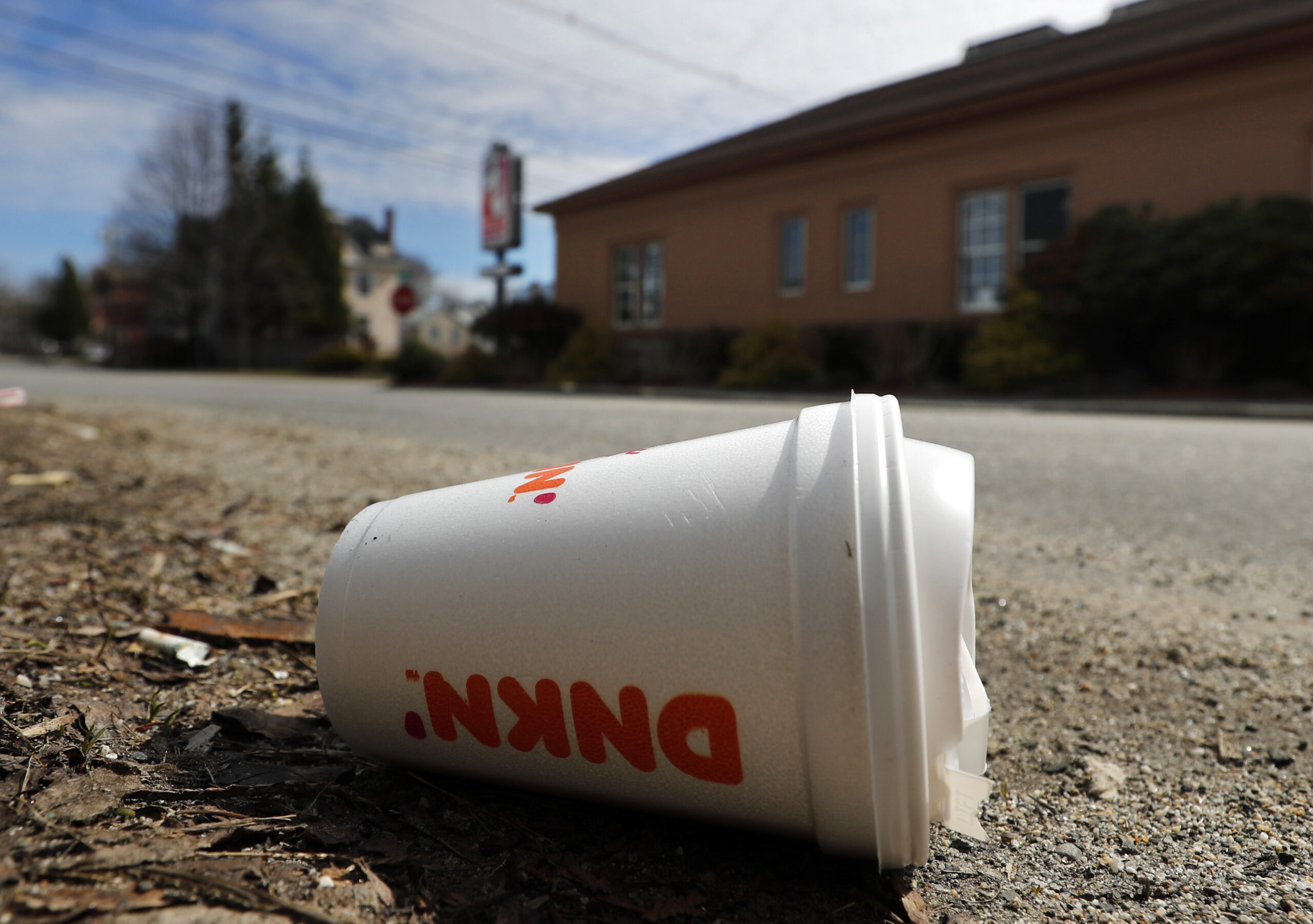 Agriculture Commissioner Nikki Fried Friday introduced new rules that will phase expanded polystyrene foam, known as EPS, out of Florida’s markets and stores. The new rules will remove the products, commonly known as ‘styrofoam,’ by 2028.

Fried announced the new rules standing on the boardwalk of a Siesta Key beach. She was joined by local environmentalists Oceana, Suncoast Waterkeepers and the Surfrider Foundation.

“We’ve been drowning in a plastic soup,” Da Venoge said. “Polystyrene in particular just is not recyclable. So it’s something that not only we the consumers are left with the cost of. But also it leeches into the soil and our waterways which further contaminates our marine environment as well as our local drinking water.”

First, a little semantics. The mostly white, often clam shell-like food containers used in to-go food or packaging meats and other products are colloquially known as ‘styrofoam.’ But Styrofoam is a trademarked name for extruded polystyrene foam, mostly used in construction. The plastic material used for food is the expanded polystyrene foam.

But as Shakespeare famously wrote, “what’s in a name?”

Well, this one happens to contain one of the most ubiquitous materials on the planet. And one of the most difficult to get rid of. EPS has been used in consumer products for about a hundred years now. And it’s non-biodegradable, with a half-life of about 500 years. Some scientists believe EPS just breaks down into smaller bits without ever going away. That means all the EPS that’s been around for one hundred years is still around. Much of it finds its way into water sources where it’s consumed by fish and recirculated through the food chain. It also gets into drinking water or direct human consumption.

Specifically, EPS has been popular for food products since the 1960s. It’s boomed over the last 60 years with the rise in popularity of fast food, especially. EPS now accounts for about 30-percent of all landfill trash. That’s a big problem for animals and humans. Marine life can be killed by larger pieces, while the smaller ones place harmful chemicals into the food chains. Byproducts from EPS have been linked to cancer and other health issues.

“Just as we moved away from smoking indoors, we should move away from things that are potentially carcinogenic to our populace,” Da Venoge said. “And protect not only our humans but our wildlife.”

The new rules would take effect in 2022 and only applies to markets and grocery stores, not restaurants. Under the rule, the amount of EPS sold or distributed would decrease each year until its completely phased out by 2028.

Florida isn’t the first state to phase out EPS. Six states have banned the foams statewide and many others have local rules limiting foam use. And Florida has a survey running through October seeing input from residents on what to do about plastic and foam pollutions.

But Fried and Da Venoge pointed out a number of environmentally sustainable and inexpensive EPS alternatives are already on the market. Many use hemp or sugarcane, which intersects with other Florida industries.

“There are a lot of things that are out there as far as alternatives. And it’s a competitive market which is exciting because, of course, that lowers the cost to businesses.” Da Venoge said. “It’s also an opportunity for entrepreneurs to come up with more ways that we can move away from things that just aren’t good for us, honestly. And are not sustainable, honestly.”

Editor’s note. After this story aired, WMNF was contacted a representative from DuPoint with the following information, so we have added quotes to their trademarked brand name to more clearly indicate what was already pointed out in the article, that the targeted items are not made from their product:

On behalf of our clients at DuPont de Nemours, Inc, it has come to our attention that a recent article in your publication [“Ag. Commissioner Fried introduces plan to phase ‘styrofoam’ out of Florida stores and markets” 9/28/21] misuses the DuPont registered trademark STYROFOAMTM brand to describe disposable foam products like cups and packaging that are made of entirely different materials. But these products are not and never have been made of STYROFOAMTM Brand extruded polystyrene (XPS) foam.

Instead, these products are made from expanded polystyrene foam (EPS), a different material manufactured by different companies. We have explained these differences on our webpage here. Prominent outlets like the Wall Street Journal have also recognized this distinction and are careful to use the proper terminology.

Below we have also provided a simple infographic explaining the difference between our STYROFOAMTM brand products and disposable expanded polystyrene foam products. We encourage you to append this infographic to any article about this issue so that readers can be fully informed on what products are being discussed.

The use of our registered trademark STYROFOAMTM to describe these products is inaccurate and misleading to consumers and the general public, and we would request that you swiftly update the article and remove all references to the STYROFOAMTM brand.