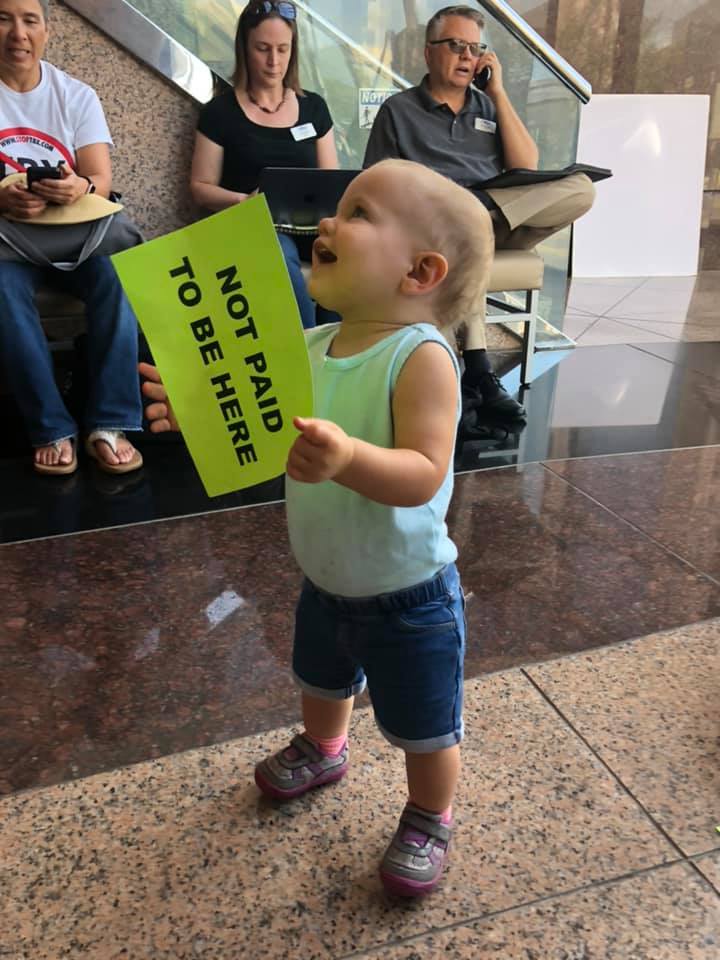 After over four hours of comments from the public Tuesday night, the board that sets long-term transportation priorities for Hillsborough County voted to keep two controversial projects to add lanes to the interstate north of downtown Tampa.

The Metropolitan Planning Organization supported plans to add a lane to I-275 in each direction from Rev. Dr. Martin Luther King, Jr. Blvd. to Bearss Ave. and one southbound lane connecting I-275 to I-4.

But during public comment Rick Fernandez, the immediate past President of the Tampa Heights Civic Association, warned that adding lanes will just encourage more cars and backed-up traffic. Fernandez is also the vice chair of the MPO Citizens Advisory Committee.

“If you understand all of that, then you also understand that if you support FDOT’s [Florida Department of Transportation] proposal to you, regarding all of these exchanges, that you are essentially supporting a strategy which is all but guaranteed to fail. And fail after you’ve exchanged buckets of money to do it.

“Were there any good evidence that more freeway lanes would solve our traffic issues, you might be able to justify the consequential destruction to large swaths of Tampa. But all of the available, objective evidence indicates that freeway expansion does little to alleviate congestion, and much to suppress economic growth. Which raises the question of why FDOT is pursuing this outdated, ineffective, and absurdly expensive project. Safety’s not the reason. One explanation is that the long arm of corruption is reaching in to the pockets of taxpayers, to line the pockets of builders who fund the campaigns of politicians in Tallahassee. Because I know that all members of the MPO want to do what is best for the citizens of Hillsborough County, I ask that you vote to remove Items 27 & 28 from the Transportation Improvement Plan, and help us to forge a plan that will succeed.”

Over 70 people signed up to speak at the meeting, a large majority against the interstate expansion plan.

FDOT representatives claim that adding lanes will ease the flow of traffic, avoid bottlenecks which lead to traffic jams, allow drivers to exit and enter the interstate with more ease, and make interchange transitions more navigable for commuters.

While this vote allows the MPO to continue to consider the FDOT’s requested funding for the project, it does not mean those who seek other forms of transportation are resigning in their efforts.

The day after the vote, Sunshine Citizens, a group known for activism against interstate expansion and who advocate for more public transit posted from their Facebook page:

“Most importantly, don’t be discouraged. Keep engaged and know that now is the precise time to push forward! Your collective efforts have already achieved more in four years than has ever happened. The conversation has moved forward, and is heavily focused on demand for Transit even as we still fight off the onslaught of endless highway widening. Keep talking and bringing all your friends into the conversation and movement. We will continue to impact policy, votes and rapidly move to enforce what the voters have demanded- build out transit, fix and improve existing roads, create safer and increased mobility options.

Each year we have achieved more and advanced the cause for equitable transportation that serves more people, puts them first, & does a better job moving our community with less impact and harm. Comprehensive high capacity transit must be prioritized ahead of the same highway widening loop being foisted on the entire county and region.

We will keep advancing these goals- we have never been closer and have already achieved so much. We can do so much better than the status quo. Let’s turn the corner toward the future we know we deserve and will achieve.”