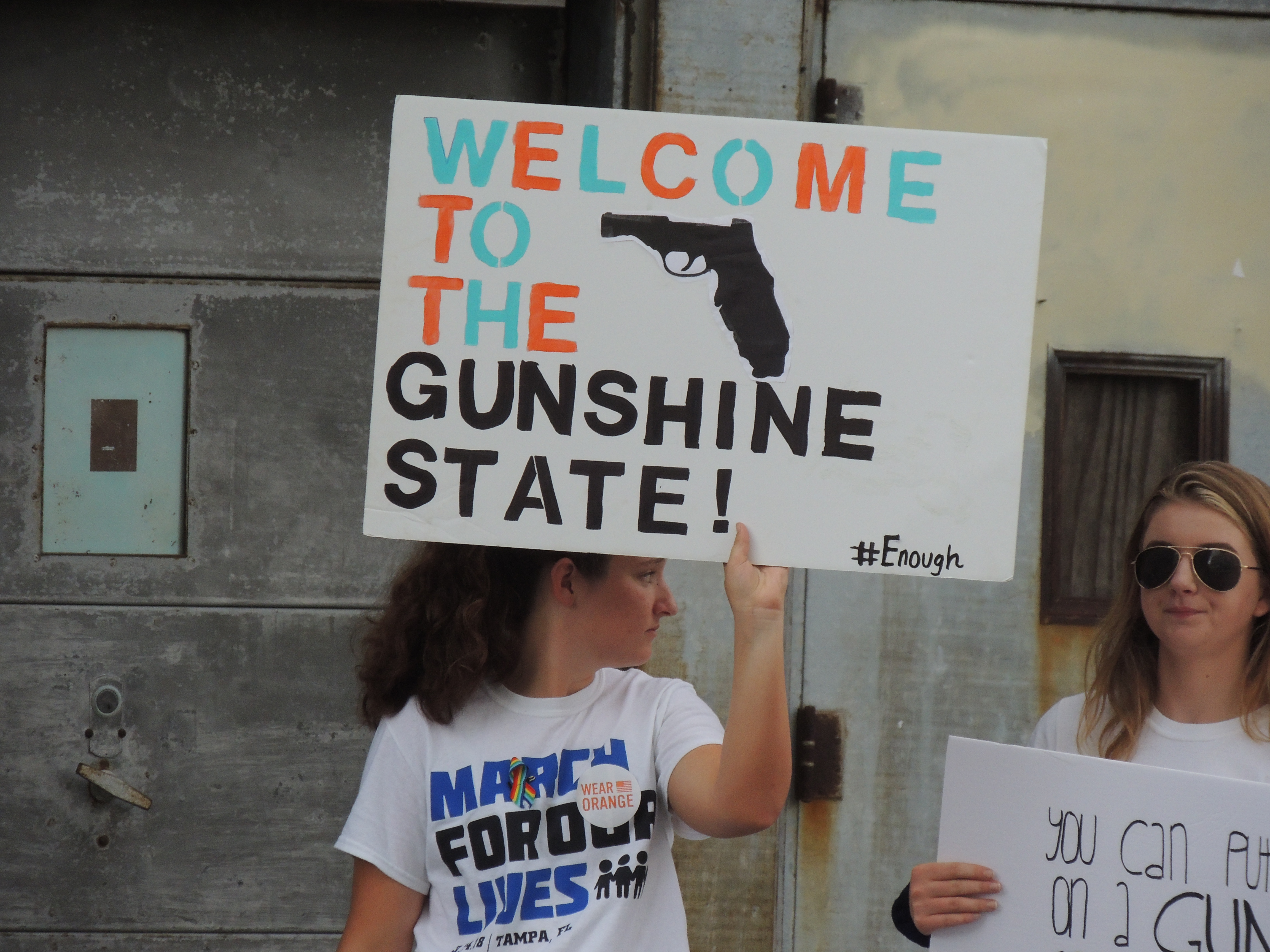 On WMNF’s MidPoint Monday we speak with the sponsor of one of those bills, Miami-area state Senator Annette Taddeo.

Her bill would repeal the Florida law that forbids local jurisdictions from enacting gun laws that are more restrictive than state law.

“The repeal of the law that was passed to not allow local municipalities, counties, cities, to pass their own legislation with regards to guns.

And I really think that Florida is so diverse. We have rural areas, we have our agricultural areas. We have major metropolitan areas. We can’t just say that every area should be run by Tallahassee, and Tallahassee should make decisions.

“Somebody from Dixie County should [not] be saying to Miami-Dade County, or Broward County, or Hillsborough, what to do. They’re totally different circumstances (and) situations. And each community should have that right.

“The law was passed, and I am the sponsor of the repeal of that law. That each community is very, very different and they should be able to make their own decisions. And we’re also trying to repeal that very big encroachment on local home rule.”

Will Taddeo run for Florida governor in 2022?

Taddeo ran for Florida Lieutenant Governor in 2014 on the ticket with Charlie Crist.

During this interview, Taddeo says she’s considering a run for governor in 2022.

Taddeo also spoke about other gun bills like one that would ban assault weapons and large-capacity ammunition magazines.

Listen to the full show here

Another bill would repeal Florida’s “Stand Your Ground” law. SB 1052 was introduced by State Sen. Shevrin Jones (SD-35) and Rep. Michele Rayner (HD-70). It’s called The Self-Defense Restoration Act and, if passed, it:

Repeals “Stand Your Ground” law, requiring people to retreat from dangerous situations if able to do so with complete safety before using deadly force
Eliminates the pretrial immunity hearing for self-defense cases, which requires the prosecution to provide “clear and convincing evidence” before the trial even begins
Eliminates the criminal and civil immunity provisions that the Stand Your Ground law created, which would require defendants to prove that self-defense was justified and allow victims to seek justice in civil court

Another bill, this one sponsored by Republicans would allow concealed weapons license holders to carry their gun at a private school that shares its grounds with a church.

We should be talking about what happens when schools reopen because we know: 1) About 50M guns were sold in the past year, many to new gun owners who may not know how to securely store them, 2) Nearly 5M kids live in homes with unsecured guns, 3) Most school shooters are students

We also talked about a federal bill that would require background checks on all gun sales.  When Congress member Lucy McBath cast her vote, she said: “For my son Jordan Davis, I vote aye.”