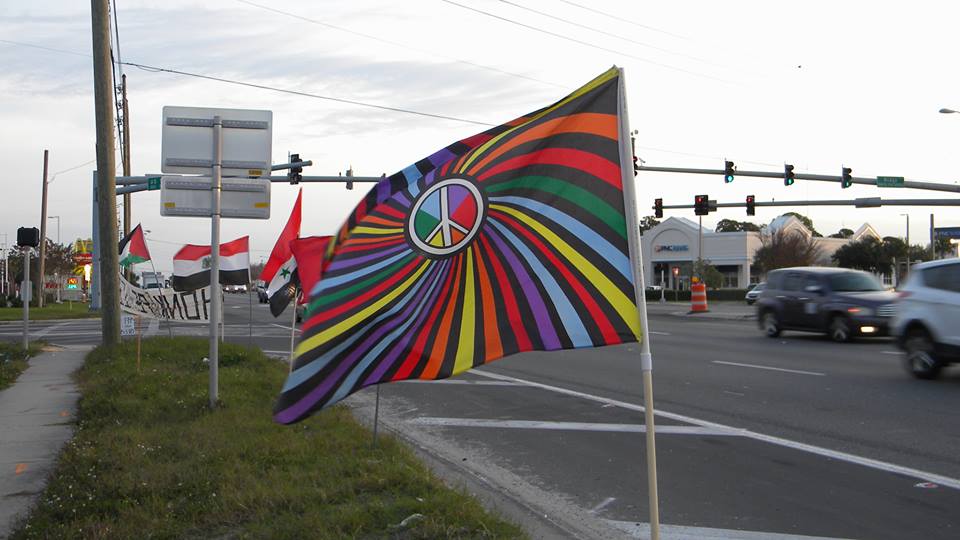 Recently there have been several incidents at Waffle House restaurants across the country in which Black customers have felt they’ve been discriminated against or treated badly. In response, Wednesday morning, an activist group held signs outside a restaurant in New Port Richey to protest Waffle House.

They plan to protest again outside the Waffle House on U.S. 19 in New Port Richey on Friday beginning at 8:45 a.m.

“A number of us are very concerned that African-Americans seem to be treated badly at Waffle Houses in the last couple of weeks. There was an incident where employees called a complaint in to the police about a woman very upset because she had to pay for a plastic fork. The woman ended up being undressed in public [by the rough treatment of police]. Then there was a second incident just a few days ago involving a young black man in a tuxedo who sat at the table, was called a faggot, and one of the employees said that he’d beat him up. Then there was another incident on the Waffle House site: one of the employees somewhere saw black people coming to the restaurant and locked the door.

“So we felt that the only way to get the attention of the corporation was to go to our brand new Waffle House — no sticky floors — and essentially just be outside to let people know that African-Americans are maybe placing themselves in danger if they enter a Waffle House.”

What kind of signs did you have?

“Well, one of them said, ‘Back to Jim Crow and Aunt Jemimah.’ Another one said, ‘Awful House’ instead of Waffle House. And then there was a statement, essentially that said African-Americans endanger themselves by entering the premises. Another one said, ‘Danger Zone for Blacks.’ That was pretty much the tenor.”

That is Anthony Wall, in prom clothes, being lifted off the ground and choked by a Warsaw County police officer @WaffleHouse. He had just taken his little sister to prom. And yet again @WaffleHouse called the cops.

Anthony, of course was unarmed & non-violent.