Home Blog Music “Being A Role Model” on Morning Energy 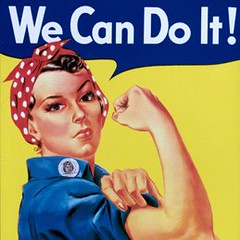 May 20th, marks the anniversary day of when Amelia Earhart became the first woman to fly solo across the Atlantic.  The solo flight took her 13 hours and it started in Newfoundland, Canada and ended near Londonderry, Ireland. However, five years later, Earhart and her navigator (Fred Noonan) lost radio contact and disappeared while trying to fly her twin-engine plane around the world/equator. Her plane wreckage was never found and remains one of the great unsolved mysteries of the twentieth century.

Despite, being missing for over 4 decades, Earhart is still regarded as one of the world’s greatest role model for being a a record-breaking female aviator who helped paved the way for other women in commercial flight.

A role model is defined as a person who is looked up to by others as an example to be imitated. And one of the Qualities of role model is being able to overcome obstacles. Earhart is one of many individuals who rose above her circumstances for the overall benefits of others.