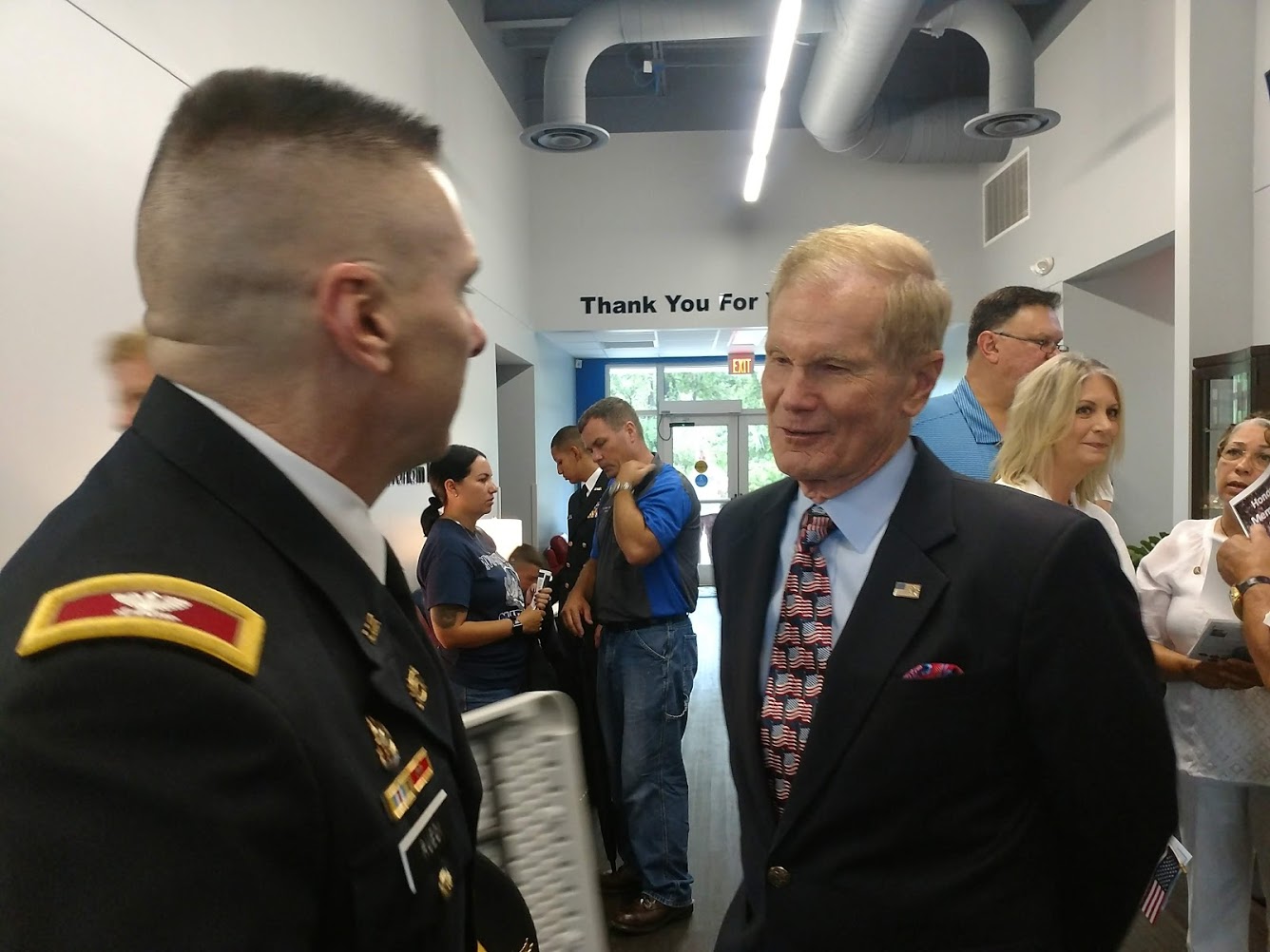 Bill Nelson is aware that there are growing concerns from his fellow Florida Democrats that he’s in danger of being (re)defined by Rick Scott’s early barrage of negative television ads currently on the airwaves, but he says that he’s not that concerned as the unofficial beginning of summer commenced this holiday weekend.

“It’s early. Most people are going to make up their minds as we get much closer to the election,” Nelson told this reporter on Sunday morning in Tampa, shortly before participating in a Memorial Day Remembrance ceremony that took place at Veterans Memorial Park.

While not commenting on the sheer quantity of ads ran against him, he did play the critic on their quality.

“People tell me that Rick Scott’s ads are not very effective,” he said.

That’s debatable, of course, but the fact is that up until now the governor has had his way in terms of controlling the public debate via television ads since he officially entered the senate race as the GOP challenger to Nelson, who has represented Florida as one of its two U.S. Senators since 2000. The Scott campaign has spent more than $8 million in television ads over the past month, with the most recent one featuring different Floridians saying they have soured on the Democratic incumbent for becoming too partisan during his time in Washington.

Those ads have gone relatively unchallenged until now, with Nelson getting some much needed air support via a $2.2 million buy from the Senate Majority PAC that was in heavy rotation over the weekend, including an airing on Fox News Sunday that was being broadcast inside the Veterans Resource Center just as Nelson entered the building.

Nelson said the ad shows how he has “stood up as a moderate, independent senator protecting Florida’s interests,” referring specifically to his history of protecting Florida citizens from cuts to Social Security, Medicare and  against forays into offshore oil drilling.

“I’m grateful that somebody has come up on an ad to my defense,” he said, adding that he likely won’t be airing any of his own TV ads until the fall. “My nickels and dimes I’m saving until much closer to the election,” he said.

The Scott campaign took issue with Nelson’s labeling of himself as a moderate.

“While he might have started out as a Blue Dog Democrat 47 years ago, his nearly half century in DC has him morphing more into a party-line voter and less as a Senator representing the interest of Floridians,” said Ryan Patmintra, Scott for Florida Communications Director. “Nelson’s upward partisan trend shows he is no longer making his own choices on what’s best for Florida, but rather what’s best for getting Democrat help for his fledging reelection campaign.”
Team Scott has compiled voting data from Congressional Quarterly showing how Nelson voted an average of 50 percent in the 1980s with the Democratic party and now has voted with Democrats nearly 90 percent of the time for the past decade. However, an analysis by voteview.com shows Nelson as being one of the most conservative Democrats serving in the Senate.
Nelson also took aim on Sunday at some of the budget cuts that Scott has overseen during his eight years in office, specifically referring to a report over the weekend that the governor and the leaders in the Florida House had rejected appeals to save $28 million in prison programs that will reduce access to dozens of privately run programs created to reduce recidivism in Florida.

“These cuts are unwise,” Nelson said, linking those budget reductions with what he termed as ill-advised cuts to the public education budget in Florida in recent years.

School superintendents throughout the state have decried the most recent public education budget that was passed at the end of the legislative session earlier this year. Although districts will see their overall per-student funding go up next year, most of those funds have been earmarked to increase school safety and mental health services. Superintendents say that works out to just 47 cents per pupil increase.

Nelson said it was crucial to have an educated workforce in Florida, and said that means paying school teachers more money.

“They keep cutting not only educational expenses such a buildings and programs, but they don’t increase the salaries of teachers commensurate with other salaries in the private economy that keep going up,” he said. “How in the world are we going to be able to keep good people to stay in the teaching profession? It’s counterproductive what the Scott administration has done.”

“Governor Scott understands the importance of the work teachers across Florida do for our students everyday,” responded Scott campaign spokesperson Lauren Schenone. “That’s why he was proud to secure the first statewide teacher pay raise in 2013. Additionally, since the Governor took office, funding for Florida’s K-12 public schools has increased by $3.2 billion.”

The Senator also said he was encouraged to read about the report that surfaced this weekend that North Korean leader Kim Jong-un said that is determined to meet with U.S. President Donald Trump to discuss a “complete denuclearization of the Korean Peninsula, ” in the words of South Korean President Moon Jae-in. As recently as two days ago it looked like the planned June 12 summit between the North Korean and U.S. leaders was off the table, but now it apparently is back on.

“The fact that the meeting is on is a positive sign,” Nelson said, cautioning that it’s important that the administration put in the preparation in advance of the showdown set for Singapore next month.

“He can’t just wing this,” Nelson said of the president’s reported approach to the now on-again summit.