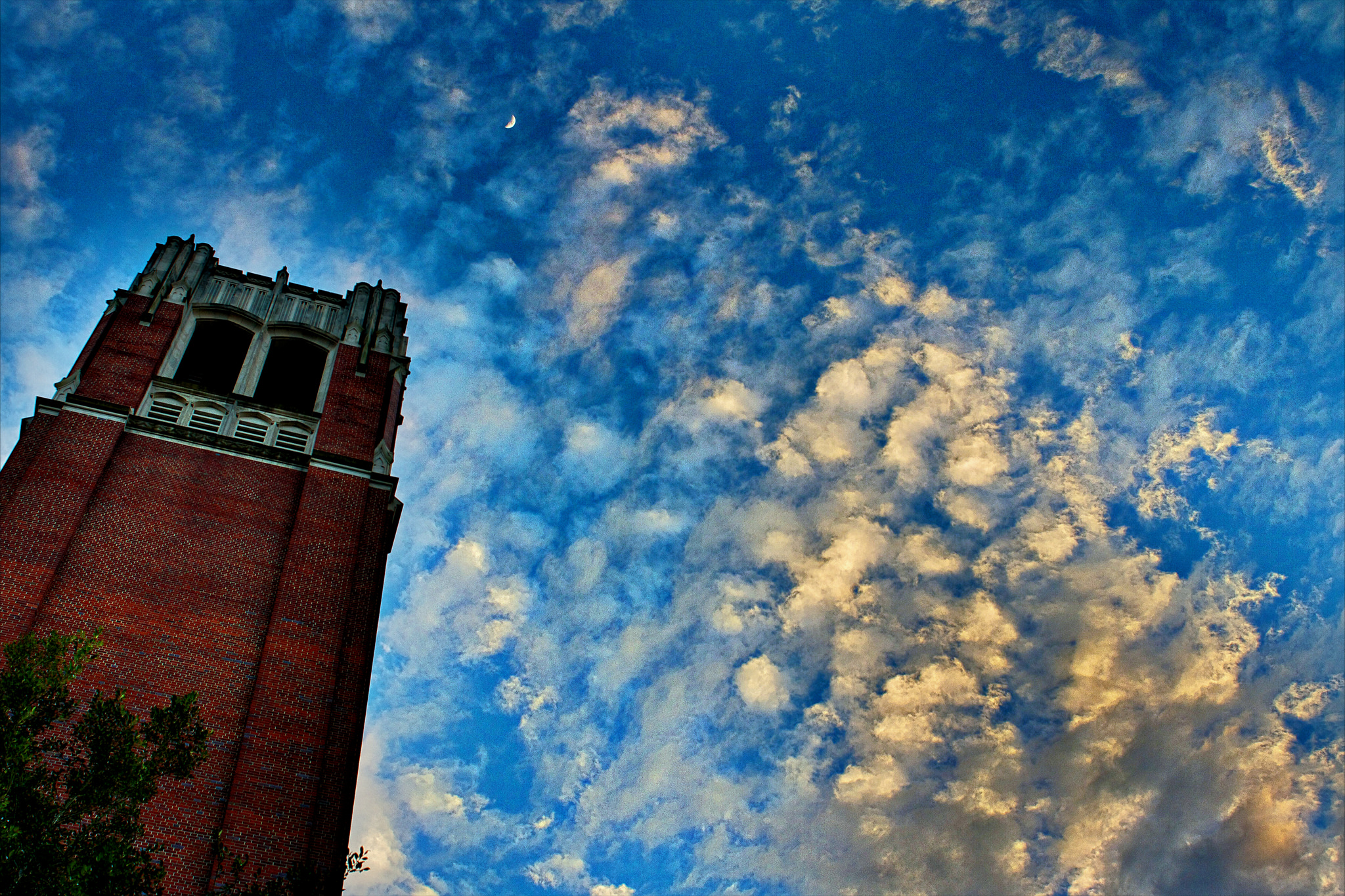 Hundreds of anti-fascist protesters are greeting white supremacist speaker Richard Spencer at the University of Florida in Gainesville Thursday afternoon. Reporters inside the arena said the 800 seats are more than half full, but mostly with protesters. Reporters tweeted video of people interrupting the speakers, chanting “Black Lives Matter!” and other slogans.

As Spencer took to the stage, the crowd erupted in a sustained chant of “F*** you Spencer.”

WMNF News spoke with a candidate for governor of Florida, Democrat Chris King, who joined the protest against Spencer outside the hall.

“You know, there were several thousand people that were gathered to counter a group of neo-nazis. They came–they were all ages–they came from all places it looked like to us. A lot of Gainesville students were there and they were largely chanting and really having conversations about how we speak out most forcefully towards bigotry and white supremacy and anti-semitism and it was a largely, very peaceful protest.”

What about the interactions between supporters of Richard Spencer and the people there that were protesting fascism?

“The law enforcement came out in an incredible number, so they had created sort of a barrier, which there was not much interaction. So, you got passing glances of the other side, but, they used buildings and they used different barriers like trucks and lines of maybe 20 to 30 law enforcement officers, at one point, to really make lines of sight very difficult. So, it was a very well orchestrated security apparatus today.”

What about you? Why were you at this demonstration?

“Absolutely, Sean. So, our campaign has really consistently been taking on the issues around discrimination and around bigotry, whether against the LGBT community, the Jewish community, and of course communities of color. That’s an area where I really have tried to speak forcefully to the type of state we want to live in and the type of people we want to be and this was a real opportunity, in my view, to stand up against some forces that are really growing in strength, across the country, and really let them know, in Florida, we want to be different and we have a higher plane when it comes to these things.”

I can’t say it’s very common to see a gubernatorial candidate participating in a large demonstration like this. Do you think it could be a liability for your campaign?

“Sure. I don’t think anybody else was there, if that’s the question. I don’t think so. I certainly did not try to draw much attention to myself when I was being interviewed by different folks. I tried to get out of the melee of a lot of folks, but, I just felt like I needed to see and hear what this was gonna look like and felt like, so I could better communicate to the people I serve – and a lot of people that are supporting my campaign across the state are from these communities that are being discriminated against and bullied by Spencer and the neo-Nazi movement – and so, I wanted to be a leader who said, ‘I’m willing to use the platform I have to be here and stand up against it.'”