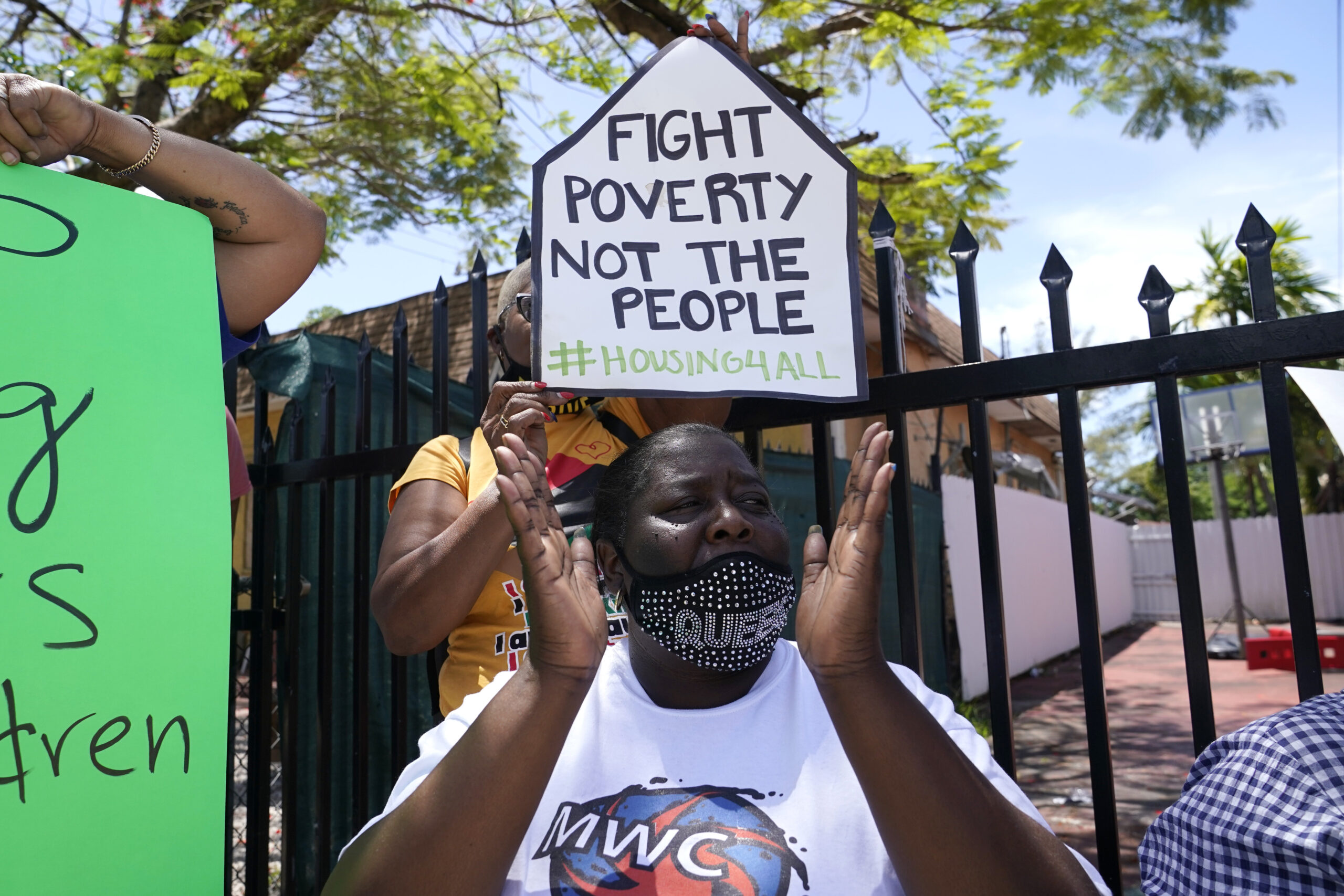 President Joe Biden said he’s buying struggling renters time with a new eviction moratorium that might not pass Constitutional muster. The new, more focused order only extends to areas of high COVID transmission. That includes all of Florida.

For a little over 24 hours, the future of renters facing financial hardship because of the COVID-19 pandemic was uncertain.

“There were significant filings in Pinellas County. There was a rush to the docket, so to speak,” he said. “A rush to the courthouse with some eviction filings during that gap in time. This will protect them now and they’ll be able to have some additional time to get things in order.”

The order, issued by the Centers for Disease Control and Prevention, is set to expire Oct. 3. That’s 60 days from when it was issued. But it could come under fire before then.

Last week, Biden said he couldn’t extend the previous moratorium because of a potential Constitutional issue. Supreme Court Justice Brett Kavanaugh had stated any extension would require an act of Congress. The old moratorium expired over the weekend and Congress recessed without taking action. Biden said he worked with Constitutional scholars to figure out options.

The new order was the best one. But during a Tuesday address, the President acknowledged it might not pass a Constitutional test.

“There are a few scholars who say it will and others who say it’s not likely to,” Biden said. “But at a minimum. By the time it gets litigated. It will probably give some additional time while we’re getting that $45 billion out to people who are in fact behind on rent and don’t have the money.”

The new order is similar to the old one. It is not automatic and requires renters to apply for protection. Gallagher said a crucial bit of misinformation has been renters thinking coverage was automatic.

It’s also similar in that renters are only protected if they are being evicted for non-payment. But William Kilgore of the St. Petersburg tenants union said landlords have used that aspect as a loophole to force people out.

“There still have been people being evicted right here in the Tampa Bay area,” Kilgore said. “It’s allowed landlords to side skirt it by not renewing people’s leases when their lease agreements are up. By trying to evict them for other things. Such as small violations of the lease agreement that they can find.”

But a major difference is the scope of the moratorium. The previous order covered the whole country. But the current one only covers counties with “high” or “substantial” levels of community transmission. An interactive map showing current levels is available at the CDC website.

Community transmission is calculated using the number of new cases and the cases positivity rate of the last seven days. Counties that fall under the “substantial level.” For 14 consecutive days will lose eviction coverage.

Florida doesn’t have any state-level COVID restrictions. And Gov. Ron DeSantis has made it clear he doesn’t support mask or vaccine mandates. Florida is now reaching record numbers of daily cases and hospitalizations. Children and young adults are also becoming more and more affected by the virus.

All of Florida is covered under the current moratorium.

More hope, however, is out there. The federal government has provided more than $45 billion in rental assistance to people facing eviction. But the rollout has been incredibly slow.

Only two percent of the aid sent to Florida has been distributed. The State has so far received $870 million with another $1.5 billion on the way. Some of the holdup is logistics. Biden is hoping to run the clock. Issuing the potentially illegal order could get renters through until aid can be distributed.

“The problem is at that pace we’re not gonna have those funds fully distributed until next summer. Two months still is really not enough. We need a moratorium in place until all of this money is distributed.”

The moratorium does not cancel rent or debts, nor does it prevent landlords from collecting interest or charging late fees.