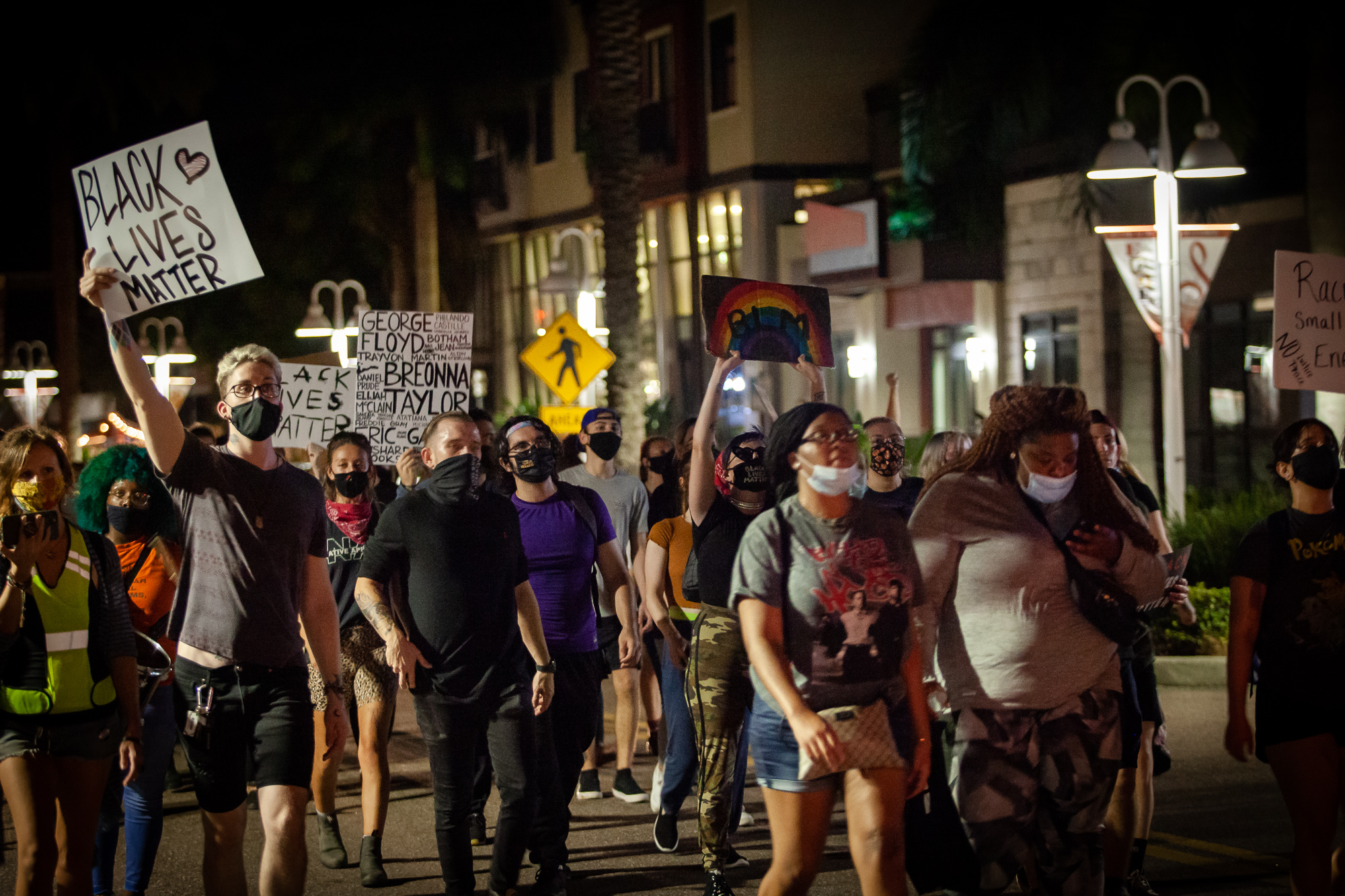 A group of mostly Black civic and faith leaders gathered in Tallahassee’s Captiol Courtyard Wednesday to denounce the controversial HB1 bill. Many fear the Republican-backed bill being fast-tracked through the legislative process would silence minority voices while attacking home rule and the First Amendment.

State Representative Kevin Chambliss, a Democrat who represents parts of Miami-Dade, said he stopped viewing HB1 through the eyes of a lawmaker. Instead, he started looking at it through the eyes of a father. More importantly, a father to four young Black children. And even more so, a father who himself practiced civil disobedience, protested and made sure his voice was heard when he saw injustice.

If HB1 passes, he said, he’s afraid his children will grow up to be like him and what that could mean for them.

“In that scenario, I had nightmares of my little girl getting run over,” he said. “Nightmares of someone calling me that night and telling em that Junior was nolonger with us because he chose to stand up to injustice. This bill is oneof the scariest pieces of legislation I have ever read i my life.”

HB1, known as the “Combating Violence, Disorder, and Looting and Law Enforcement Protection Act,” was first proposed by Governor Ron DeSantis in response to last summer’s rise in protests across the country. Millions took to the streets to protest the police killings of Black Americans including George Floyd, Breonna Taylor and more.

The bill stiffens some penalties for protesters; creates a whole new set of crimes; gives immunity to drivers who injure or kill protesters impeding traffic and penalizes local governments if they reduce police budgets. That even counts for funds diverted to mental health or social worker responses to non-violent crimes.

State Rep. Fentrice Driskell, a Hillsborough Democrat, said the bill addresses an issue that doesn’t exist. She said 93 percent of protests in Florida were peaceful.

“Leave it to Florida’s Republican leadership to give 100-percent effort to a seven-percent issue.”

HB1 has become a major priority this session. Republicans said it makes the state safer. But Democrats and Civil Rights leaders argue it’s a thinly veiled attempt to silence Black and brown voices, as well as any other oppressed group trying to be heard.

Representative Geraldine Thompson, an Orange County Democrat, said if HB1 was around in the 60s, Dr. Martin Luther King Jr.’s I Have a Dream speech would’ve been a criminal act. So too would’ve been John Lewis’s famed march across the Edmund Pettus Bridge in Selma.

“Obviously, the majority cares more about dead confederates than live people who happen to be Black and brown,” she said.

In Hillsborough County, State Attorney Andrew Warren is one of the few prosecutors who’ve office has had to deal with a protest-related riot. Early last summer, a protest at Tampa’s University Mall turned violent. Stll, Warren wrote a letter to lawmakers today urging them not to pass HB1.

He said it “tears a couple corners off the constitution and doesn’t help prosecutors.”

In the letter Warren said the bill directly undermines the First Amendment by criminalizing peaceful protesters because of the actions of a few. He also said the laws already on the books are enough protection and called the new and stiffer penalties a “highly ineffective way to improve public safety.” He also said the bill doesn’t help police deal with the real problem – identifying the small groups of bad actors among mostly peaceful protesters. He said throwing everyone in jail is an outdated and failed policy.

Back in Tallahassee, Driskell said GOP leadership didn’t choose compassion or understanding in response to racial inequity. Instead, she said it chose to silence. But, she said she still has hope.

“I pray for common sense and reason to abound,” she said. “So that when we vote on this bill on this day it’s not partisanship, it’s not pandering it’s not politics that prevail. But it’s wisdom.”