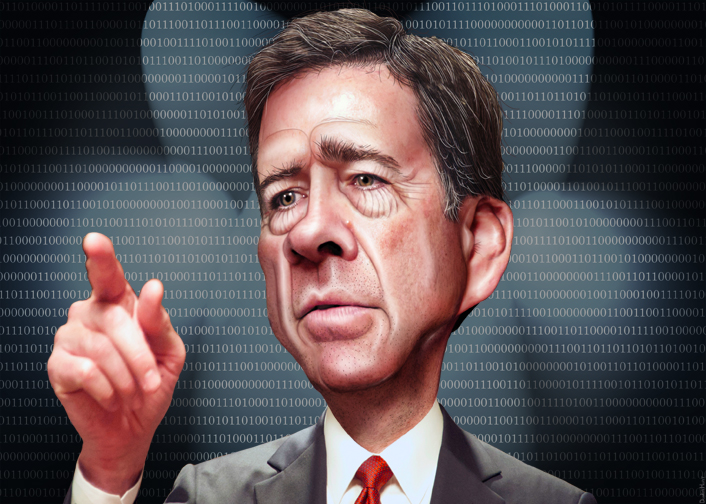 WMNF will be live broadcasting the Comey testimony in front of  the Senate Select Intelligence Committee (SSIC), starting at 10am, courtesy of NPR. It is anticipated to be winding up at 1pm. The SSIC will start a closed hearing at 1pm.

Former FBI Director James Comey was fired by President Donald Trump on May 9 of this year. The circumstances and reasons of the firing were very fluid in the aftermath, with administration spokespeople telling one story, and the president’s tweets telling another. The president used his Twitter feed to communicate his take directly to the American people. 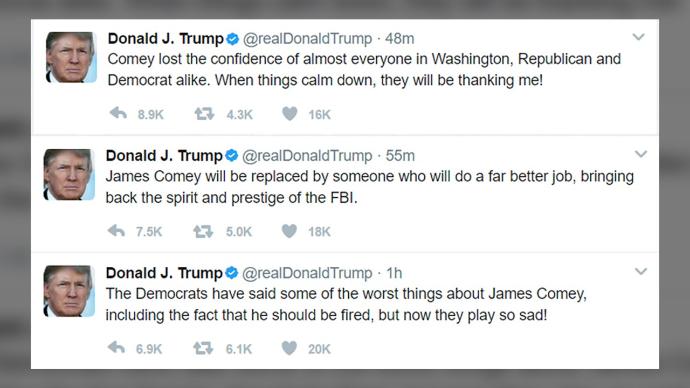 If you aren’t able to listen to Comey’s testimony, here is a link to his prepared testimony. Naturally it doesn’t include any questions that might be asked by Senators on the committee. He does describe several meetings and conversations he had with President Trump.

Intelligence chiefs testified today in an open hearing to the SSIC. Director of National Intelligence Dan Coats and the head of the National Security Agency, Adm. Mike Rogers, spoke in general terms about the investigations into Russian interference in the 2016 presidential election, but did not go into any substantial detail in the public discussions.

Today, President Trump nominated Christopher Wray as the new FBI Director. Wray served as a Justice Department Assistant Attorney General during the Bush administration. He was working for the private law firm King & Spalding. He represented New Jersey Governor Chris Christie in the ‘Bridgegate’ scandal. There will also most likely be rumblings about the work of King & Spalding, which not only includes a partner serving as Donald Trump’s ethics advisor in the trust holding his business assets, but pundit Seth Abramson tweeted that other divisions also work with Russian oil companies.

On May 17th, Deputy Attorney General Rod Rosenstein names former FBI Director Robert Mueller as special counsel to oversee the FBI’s investigation into Russian interference with the election.  Attorney General Jeff Sessions has recused himself from matters involving the investigation because of his conversations with Russian representatives while helping the Trump campaign during the presidential campaign. That is a separate investigation from what the Senate is conducting. The multiple investigations did leave our president feeling beleaguered.

There are a few different investigations happening concurrently:

There are very good graphics in this LA Times article explaining who is looking at what, including Russian interference, leaking information about the investigations, relationships between Russians and people involved in the Trump campaign/administration/associates, Comey’s firing, and more. Here is a good timeline to the whole Russia/Trump/Comey story, put together on Bill Moyer’s website.

Comey has put himself in the hotseat a couple of times, not the least in the timing and statements surrounding the letter he sent to Congress on October 28, 2016, just before the election. Pundits accused him of trying to throw the election, and analysis of election polls and results suggest that the letter and the media frenzy surrounding it made enough of a difference to do so.

Here is Politifact’s fact-check listing of different statements by or about Comey. I will bet anyone $5 that Senators bring up some statements that received Pants on Fire ratings.