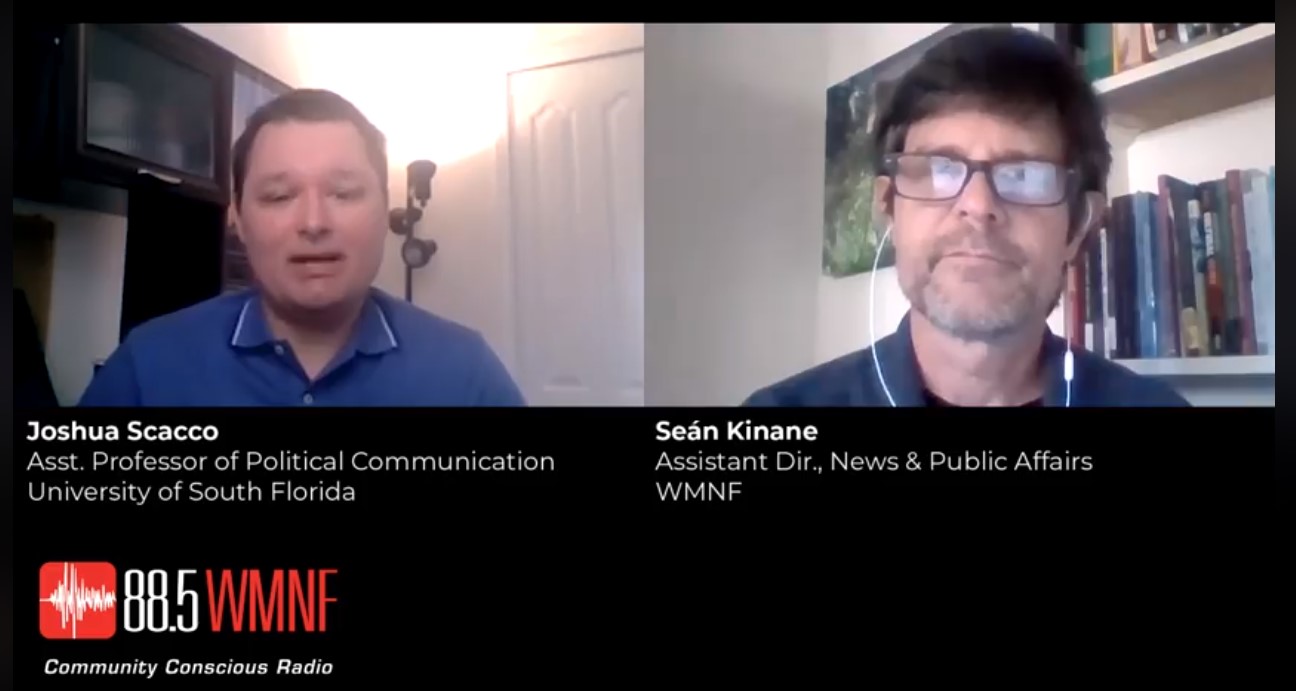 Two-thirds of Floridians have experienced some income loss or work disruption because of the coronavirus pandemic. That information comes from a recent statewide poll by The University of South Florida and Nielsen.

Joshua Scacco is an assistant professor of political communication at USF.

“We launched a representative statewide survey of 600 Floridians that essentially asked individuals about the state of coronavirus, their own personal concerns, their evaluations of government performance as well as the ways in which their own personal finances and worklife had been disrupted.

“This was an online survey where individuals were chosen. They were chosen based on a representative nature so that the final sample of the survey matched the overall population of Florida based on demographics. So gender, race, ethnicity as well as region.  So we have a nice balance that way.”

How hard has the economic hit been to Floridians?

“What we find is that ⅔ of Floridians have in some ways faced some sort of income loss and/or work disruption because of the coronavirus situation. The results suggest that the economic impacts are widespread but are also being disproportionately shouldered by particular segments of society.”

“What we see in the data is, we see that low-income Floridians in particular are actually the individuals that are facing a disproportionate burden right now. Low-income Floridians are more likely to say that they have been laid off. They are also significantly less likely to say that they were financially prepared for this situation. So what this suggests is that really this is a perfect storm for both health and economic impacts where preexisting and societal inequities that have been in place,  structural factors related to race and ethnicity but also income factors as well are combining with health disparities at this particular moment to produce disproportionate impacts on particular segments of the population.”

How has the coronavirus pandemic impacted Floridians’ lives as far as their routines?

“What we’re seeing is that Floridians overwhelmingly have changed the ways in which they are engaging at work for example.

“So roughly ⅓ of households have faced some work impact where individuals are now working from home either full time or part time. What we also see is that one in 10 individuals that we surveyed are still employed by the same employer that they were with when the pandemic began, however have taken on new job responsibilities.

“This is really important for thinking about long-term career and work impacts in Florida. Particularly because the types of work impacts where an individual takes on new job responsibilities as many of us know, those aren’t necessarily easy to go away over time. Once a person takes on a new job, new responsibilities they’re more likely to continue with them in their job over time.”

What did you find out about how Floridians are staying connected even though there are social distance requirements?

“What we’re finding is that individuals have shifted quite a bit in terms of the ways in which they are engaging in socially connected but physically distant behaviors. . So everything from video conferencing more to calling individuals on the phone. And what we actually find is that the overwhelming majority of individuals that we talked to have indeed been taking health-related precautions and they are meeting with people physically much less than they were before this and they’re shifting to more socially mediated as well as telephonically mediated means of communications.”

What do people miss from having this social distancing in place?

“The interesting thing will be whether these continue to hold up over time. The other data in our survey suggests that the majority of Floridians are still concerned that they themselves could physically contract the coronavirus in the next few months and three quarters, about 76 percent, said they’re concerned that someone they know will contract the coronavirus.  If we project that out over time, what this suggests is, that even with these moves to reopen there will be lingering concerns in place that might still prevent individuals from engaging in the same type of behaviors they did pre-pandemic.”

In Florida there have been nearly 54,500 positive cases of COVID-19 – that’s a one-day increase of more than one thousand since Thursday. At least 2,413 Floridians have died.