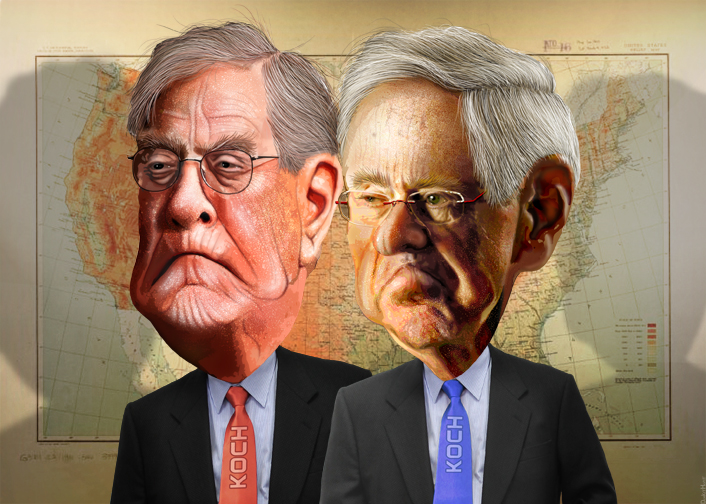 In this show we look at the Koch Brothers and how they influence public policy — we hear from two guests: one is from the Charles Koch Institute and the other is a writer who was kept out of a secretive Koch donor retreat.

The second guest joined us by phone. She’s Lauren Windsor, executive director of American Family Voices and executive producer of The Undercurrent. She has tried to get to the bottom of who is funding the Koch machine, but they take extraordinary measures to keep their donors secret. She wrote an article called “I tried to cover the secret Koch retreat and here’s what they did to me,” about this year’s donor meeting. We talked about who funds the Kochs’ political machine and its connection to ALEC, the American Legislative Exchange Council.