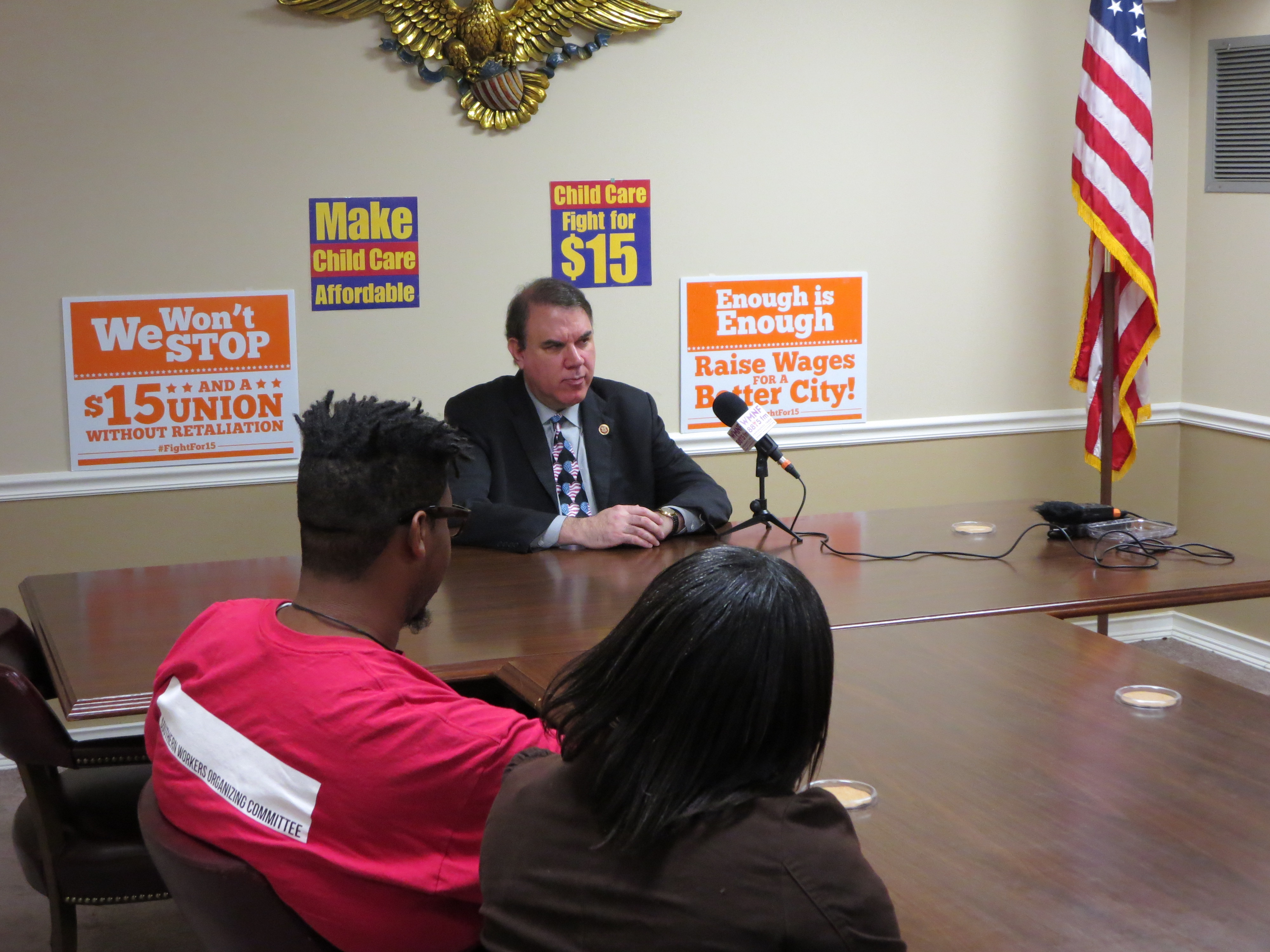 Congressman Alan Grayson urges for Florida low wage earners to unionize. In a roundtable discussion, the congressman spoke with 10 or so minimum-wage workers, last Saturday at Tampa Letter Carriers Hall. Alan Grayson ramps up his campaign for Senator Marco Rubio’s seat by telling workers he’s got their back when in comes to a living wage. 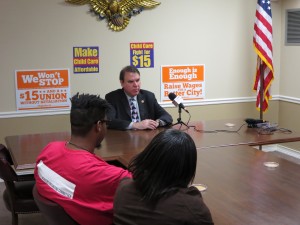 The Fight for $15 organization invited congressman Grayson, a democrat based out of Orlando, to listen to and engage with low wage earners. The congressman went around the table and asked fast food workers, home healthcare workers and even an adjunct university teacher, to tell their story. After listening to the stories, Grayson said everybody has access to at least one quick fix.

US congressman Keith Ellison has sponsored a bill called the Pay Workers a Living Wage Act. The bill has no co-sponsor from Florida. When one of the workers at asked if Congressman Grayson would put his name down as co-sponsor, he didn’t hesitate to say, Yes. He said getting the ethically questionable Republican Party on board, even after John Boeher departure, won’t be easy.

So far Alan Grayson will be going head to head with fellow Democrat, Patrick Murphy, for Senator Marco Rubio’s seat.