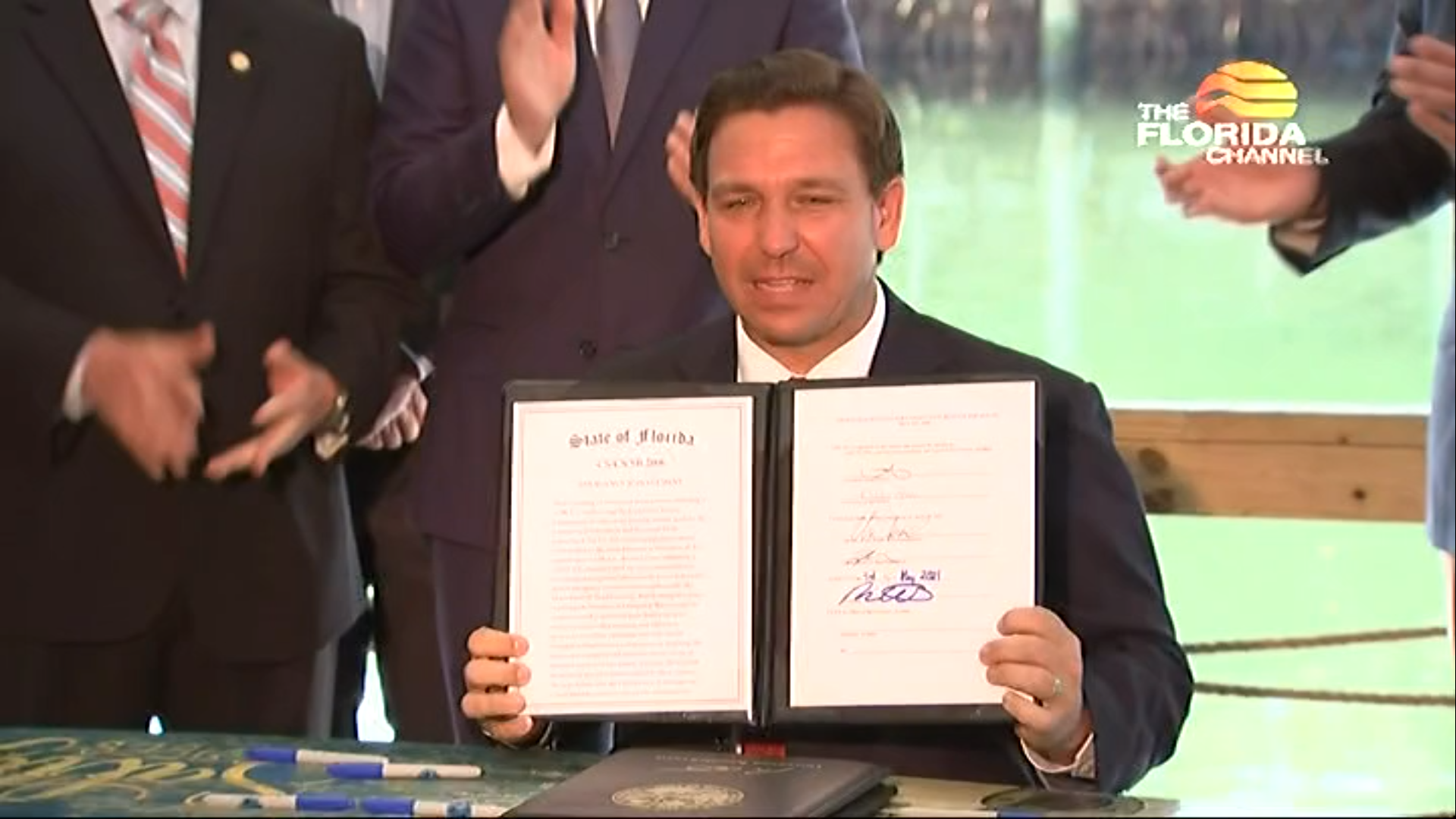 Gov. Ron DeSantis Monday blindsided local governments with an executive order suspending all local emergency orders related to COVID-19. But WMNF’s Daniel Figueroa IV reports county and city governments weren’t aware DeSantis would be issuing the order until it was happening and don’t yet know how it will effect pandemic response.

St. Petersburg Mayor Rick Kriseman spoke shortly after DeSantis. He said he’s not even convinced the actual order exists yet.

“All of us. And when I say all of us, I’m talking about mayors and county administrators from all over the state. We’ve all struggled trying to figure out what his orders are saying,” Kriseman said. “Because they’re not typically very clear. And a lot of times it seems like he holds a press conference and then the order comes out afterward, where his staff is probably scrambling to write down what he put down.”

DeSantis held a news conference Monday at the Big Catch at Salt Creek near downtown St. Petersburg. He announced the conference only about an hour or two before it was held and did not state what the subject was. During the event, he signed a number of actions including a bill that expands his powers as governor to override any local emergency order. It also puts restrictions on how local governments can implement emergency orders.

But that bill won’t become law until July 1. So DeSantis issued an executive order on the spot to take effect immediately.

“It terminates, invalidates all remaining emergency orders from local government in the state of Florida,” DeSantis said.

DeSantis called existing orders, which include mask mandates in many localities, “anti-science” because many Floridians are being vaccinated.

“And the fact of the matter is that is an anti-science posture to say that we need all these restrictions even with mass vaccination,” he said.

But scientists and epidemiologists with the CDC still say social distancing and mask-wearing are important steps to take while more people receive vaccines. Even if vaccinated against COVID-19, someone could still carry and spread the virus.

And in Florida only 6.4 million people have been fully vaccinated, which is less than a third of all Floridians. Florida also ranks 39th in number of COVID 19 vaccines administered, according to CDC data.

Kriseman said the fact that Florida had any success in its COVID response was in spite of and not and not because of the governor.

“We all had orders that went further than the Governor’s. That’s Republican and Democrat,” he said. “That’s why you see the numbers that you’ve seen and you haven’t had the deaths and hospitalizations in Florida that you’ve had in other places around the country.”

But if the order does what DeSantis said it will, he said that could change.

“If he’s suspending all of our orders immediately then you can go into a restaurant and you never have to wear this (a mask) again. We can all expect to see our hospitalizations to increase,” Kriseman said. “Unfortunately, we’ll probably see an increase in deaths. But I guess that’s not important.”

As of Monday afternoon, however, local governments were still in the dark. The language of the order wasn’t yet available. In St. Pete, Hillsborough and Pinellas counties, administrators and lawyers still wait for a copy of the order to determine exactly what it means for the ability to fight against the ongoing pandemic.

Even with vaccinations, Florida still sees between 3 and 5,000 new cases daily and has a case positivity rate over six percent.

County and city governments still wait to see how DeSantis’s new order will affect them.