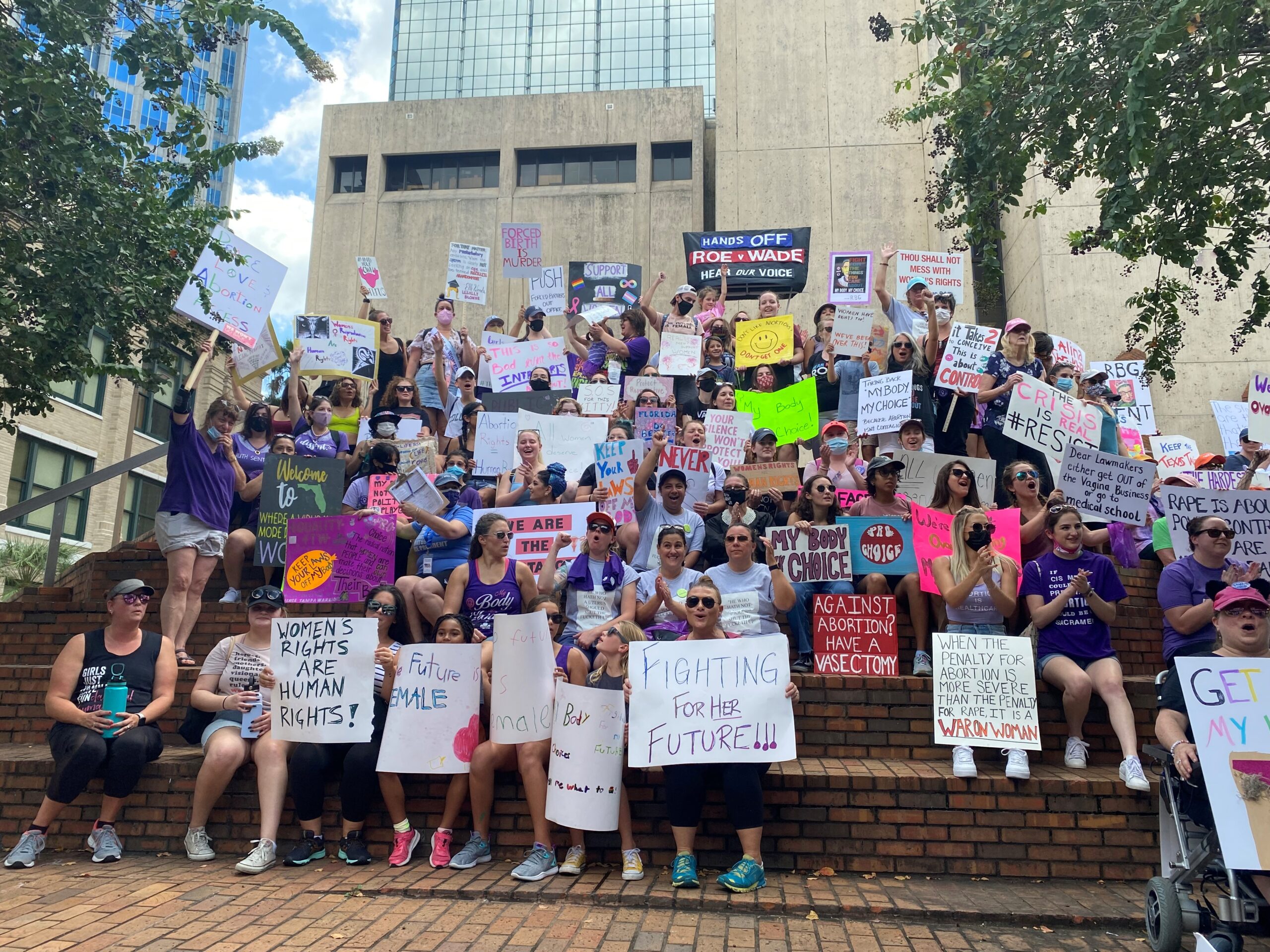 65-year-old St.Pete resident, Sylvia Gabe-Richards, stood proud watching the sea of protestors on Saturday. Rallying for reproductive rights is anything but new to her. When asked why she was marching, she heavily sighed, responding “It goes back to my mother. She did this in the ’60s and ’70’s when I was a kid. I can’t believe that I still have to be doing this more than forty years later. We have to keep standing together, fighting to make sure our future generations are protected.”

A diversity of marchers

Men, women, and children swarmed to downtown St. Petersburg’s Vinoy Park for the 5-mile “Bans off Our Bodies” march, protesting the new abortion bans beginning to be legalized nationwide. Activists stood in solidarity with the citizens of Texas, which now has one of the most restrictive abortion bans in the country.

Florida state representatives want to follow suit. They have introduced a bill to bring a Texas-style abortion law, which bans abortion after six weeks, to the Sunshine State.

Citizens came together by the thousands to protest in support of reproductive rights. People of all ages were chanting in unison, carrying handmade signs that said things like “I am a Woman Not Just a Womb” or “Hands Off Roe v Wade” and “Women’s Rights Are Human Rights!”. The boisterous crowd encased the entire waterfront as they took to the streets and marched as the sun began to set.

Prominent organizations, volunteers, mayoral and congressional candidates all voiced support to the cause, setting up voter registration booths and informing about available resources and outreach opportunities.

Many spoke on stage at Vinoy Park in front of the massive crowd, while others advocated below at the various tables. 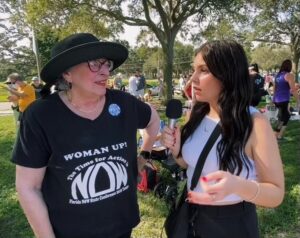 Amongst the many groups in attendance were the National Organization of Women (NOW) whose representative and former New York City Judge, Diane Luibedrifh, described the new abortion bans as “blatantly unconstitutional.” She cited her disheartenment in the Supreme Court’s recent role. She described NOW ‘s role in the ongoing uncertainty of reproductive rights as an uphill battle, and the recent legislation has only intensified the fight.

Earlier that day, a similar march occurred in downtown Tampa. The “Our Bodies, Our Choice Rally” had over 200 activists at Tampa’s City Hall.

Co-hosts Kristen Arnaud, Desiree Rochelle, and others, all unaffiliated grassroots activists, stood atop the steps inspiring the crowd with passionate speeches amplified through megaphones. Some women even dressed up as the late Justice Ruth Bader Ginsburg, donning her iconic dissenting robe and collar, chanting “My Body My Choice”.

The rally was attended by protestors on both sides of the controversial new abortion bans. Violence broke out when a man pushed another protestor, spit on her, and screamed, “Keep your legs shut. It’s not your body, it’s God’s!”

He sprinted away when he was informed the police were on the way.

The crowd didn’t let it stop them, the rally persisted, filled with men and women, parents and children, all unified in the battle for reproductive rights in Florida.