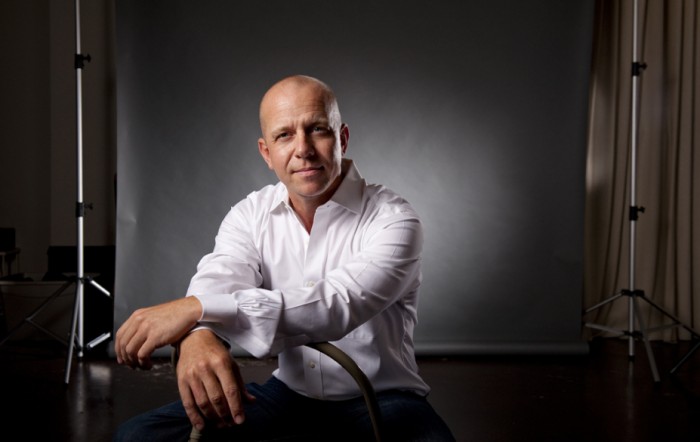 “It’s just like rock ’n’ roll, it’s all about life and love!” Proclaims Dr. James Bass, explaining his passion, Choral Music. The esteemed Director of Choral Studies in the School of Music at the University of South Florida and the artistic director of the Master Chorale of Tampa Bay

, becomes animated, gesticulating with a conductor’s panache as he leans into the microphone. Norman B invited James Bass to talk about an often misunderstood genre of music. “Choral music refers to music sung by a choir. Each musical part is sung by two or more voices. The size of a choir varies, it can be as few as a dozen singers or as large as to be able Gustav Mahler’s Symphony No. 8 in E Flat Major also known as Symphony of a Thousand.” Explains Dr. Bass, who illustrates his chosen topic with judiciously selected works. Be prepared to reappraise your thoughts on Choral Music, as James enthusiastically shares his knowledge. His refreshing take is unwavering, even when asked if sex is integral part of Choral Music.

Make sure you do not miss the next edition of Life Elsewhere, Dr. Bass is an extraordinary guest. His music selection will amaze you, including a special Hit That Never Was, featuring the late Elliott Smith

The October 4th edition of Life Elsewhere will feature an exclusive interview with Frank Jenkinson, who documented the very first days of Killing Joke

in 1979. Frank was right there, living in the same ramshackle house in Notting Hill Gate, London, along with band members and the original management team. Jenkinson witnessed the birth of what was to become one of the most influential bands of the late 70’s London music scene. Better still, he had a camera, which he took along to gigs, including the legendary John Peel Radio Show Sessions

. The photos he took, graphically document a moment in time, now long gone and shrouded in mystery. Frank’s extraordinary photographs lay dormant in a dusty box, under his stairs, until he recently noticed on Facebook, Killing Joke‘s

ever-increasing and devoted following. He has self-published a unique photo-book, representing a small moment of time in 1979, with plans to publish a much larger volume of his historical pictures. To round out our focus on Killing Joke

, we look to the future of music with highlights from Norman B’s 2013 in-depth interview with

The Killing Joke photographs are from the BBC John Peel Sessions, October, 17, 1979, by permission of Frank Jenkinson