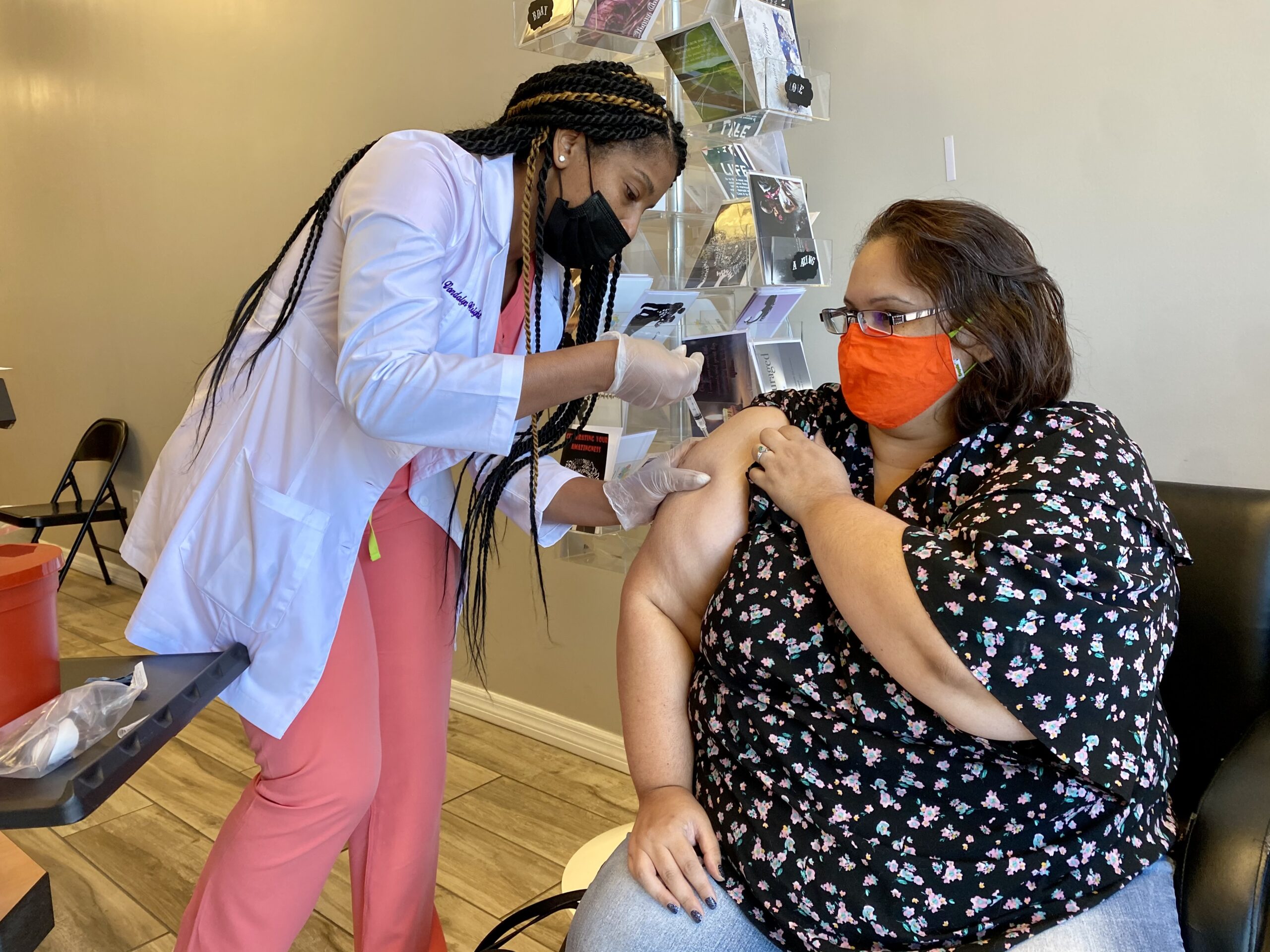 An East Tampa Pharmacy is getting 1,000 doses of the Johnson & Johnson vaccine Monday, five-times the amount they were originally slated for. The doses are giving hope to a predominantly Black community struggling to vaccinate its residents.

“That was the Department of Emergency Management letting me know starting next week she’ll be getting a thousand,” she said, returning to our phone interview. “It’s gonna be phenomenal.”

Dr. Vondalyn Wright owns and operates the Health Matters pharmacy on 50th Street. She said getting the initial run of 200 doses has been a game changer. But getting a thousand doses as vaccines are set to open up to all adults in Florida Monday. That can change worlds.

“For our community to have 1,000 doses it’s gonna be huge,” she said. “Hopefully we can get that weekly so we can just really service the community like we need to.”

East Tampa is about 84 percent Black. Since the vaccine rollout began in December the disparity between Black and brown people who are vaccinated versus white people is alarming. The coronavirus has devastated minority communities, killing them at much higher rates. But white people in Florida and across the country were vaccinated at about three times the rate.

Dr. Wright said that has to do as much with hesitancy thanks to racially motivated medical experiments like the Tuskegee Syphilis study as it does with access. Wright thought a Black-owned pharmacy in an underserved community would be an obvious choice to receive vaccines.

“We just thought it would be natural that we would be the first people to get the vaccinations when they came out,” she said. “Didn’t happen.”

Instead, vaccines were first sent to large companies like Publix, CVS and Walgreens, all of which are less common in majority-minority communities. Hart said getting a vaccine from someone you know and trust matters.

“People respect the people they know and people that may look like them,” Hart said. “Her already being a pharmacist and having patients come in and out every day to get their meds, many of them were like: ‘When are you gonna get it because I don’t want to get it anywhere else.”

“I’ve had people that had a change of heart that now they want to go ahead and do the vaccination they didn’t trust in the first place,” she said.

Julie Escalante got her shot Friday afternoon. She said being able to get her shot from a trusted location in her own community made a year-long hope of being vaccinated a reality.

“I think the trust factor of knowing it’s in the neighborhood makes you feel better,” she said. “It’s a little overwhelming to be like I’m gonna go to the racetrack or I’m gonna go here. You never know what you’re gonna expect versus just a small little pharmacy. The comfort zone. It’s definitely more comfortable.”

Appointments for the single-dose vaccine are filling up fast, but are still available through the pharmacy’s website, healthmattersrx.com.