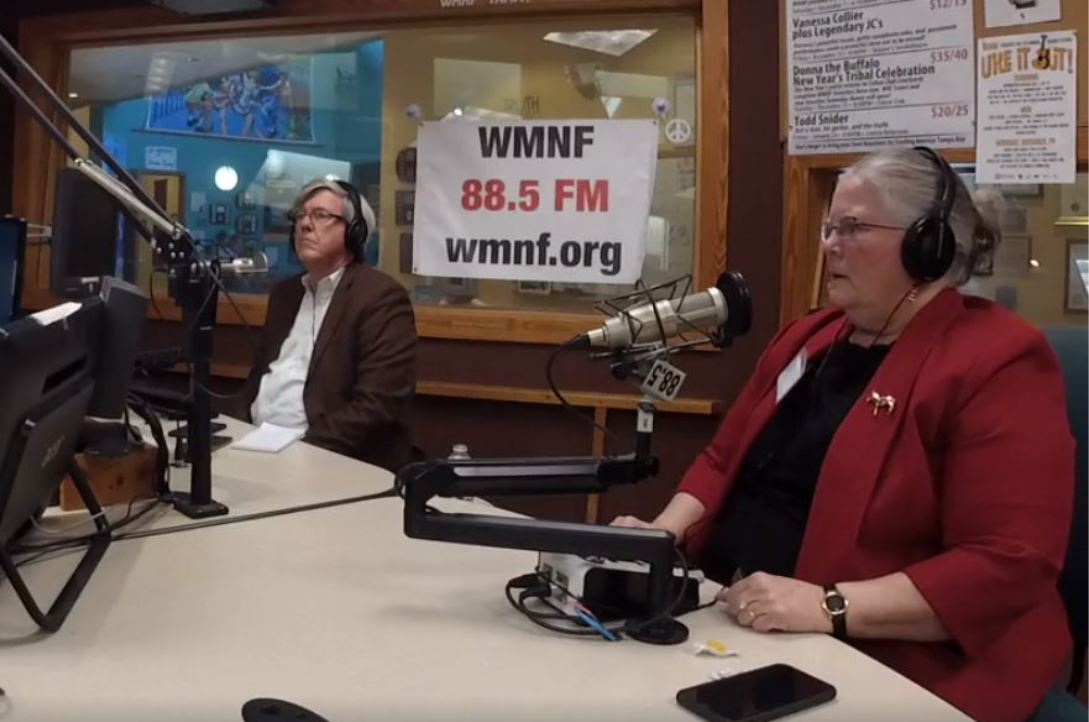 This program was videotaped and put on our WMNF News Facebook page here: https://www.facebook.com/WMNFNews/

Good morning, welcome to Radioactivity. I’m Rob Lorei. Last week we had a conversation with the executive editor at the Tampa Bay Times about the future of newspaper journalism. Today we’ll continue the conversation about the future of news with three former newspaper reporters. Diane Egner is a former editorial writer for the Tampa Tribune, she now runs a successful local news web site 83 Degrees; Tom Scherberger worked for both the Tampa Tribune and the Tampa Bay Times; and Eric Deggans was once the media critic and on the editorial board at the St. Petersburg Times which changed its name to the Tampa Bay Times. He is now the TV critic for National Public Radio.

“Since 2004, more than 1,800 newspapers have closed around the country, according to a new report from PEN America, a nonprofit that advocates for writers and literary freedom. That’s an estimated loss of about 20% of U.S. papers.

The report, titled “Losing the News,” paints a grim picture of communities where citizens are less likely to vote and less politically informed as papers are forced to close, or squeezed for profits by the hedge funds or media conglomerates that own them.”

Let’s listen to the last two minutes of my interview with Mark Katches the new executive editor of the Tampa Bay Times about the current state of newspapers.

Let me get your reaction to what Mark Katches told us last week?

Let’s talk a little about what used to happen in a healthy newsroom at a newspaper. 15 or 20 years ago. Where did story ideas come from?

The complaint we hear from conservatives is that newsrooms and editorial boards were a hotbed of liberalism and socialism. And that was at odds with where the American public is.

Can you make money in digital/

What’s being left behind? What’s not being covered?

Bond ratings get worse for cities without a newspaper

Mistakes made at the Times?

Where are all the local people who were laid off or urged to retire from the Tampa Bay times; the Tampa Tribune; The Lakeland Ledger; Sarasota Herald Tribune; Bradenton Herald; The Clearwater Sun; The St. Pete Evening Independent