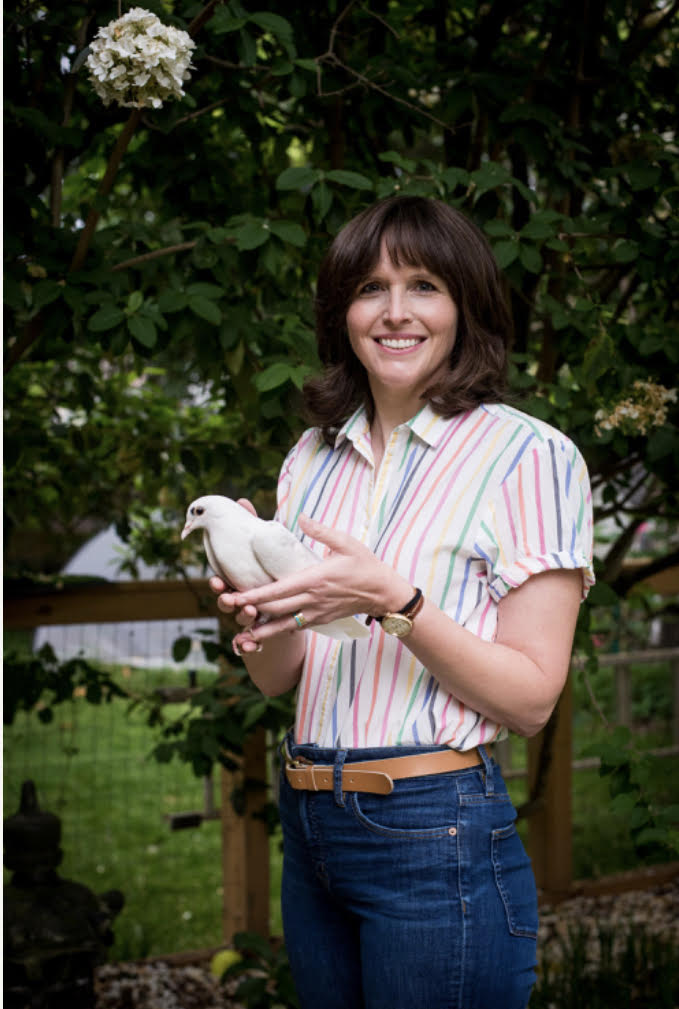 Dr. Eleanor Spicer Rice—a North Carolina-based entomologist and author of books on ants and spiders, who, as the product of a family activity, has developed a passion for pigeons and attendant expertise—recounts, in a “Talking Animals” interview, the objectives propelling her to get a PhD, and noting why a career in academia was not the goal.

Spicer Rice describes carving a different professional path, realizing that she could make her living writing about insects—she happens to be an extraordinary, eloquent writer—fulfilling an educational agenda from a different angle, spurred in part by frustrations over reading articles that glorified killing critters. She published “Dr. Eleanor’s Book of Common Ants,” a series, and “Dr. Eleanor’s Book of Common Spiders,” co-authored with Christopher Buddle.” And she’s set to publish two new books in 2023. Meanwhile, the lingering question may be: How did an entomologist become such a fervent pigeon enthusiast?

Spicer Rice explains that it began five years ago, chiefly, as a family activity, when her eldest son was two, and she thought it might be fun and educational to round out the household fauna of dogs and hermit crabs with…homing pigeons. Fairly quickly, she (and apparently the rest of the family) became hooked on pigeons. Including raising, caring for, training, and observing these birds. The traits Spicer Rice says she finds most enchanting about pigeons include that they’re gentle, intelligent, and each bird clearly has its own personality.

We touch on other topics, including how far and unerringly homing pigeons return to their home (she indicates the biggest known journey is a bird who traveled from France to Vietnam, some 7000 miles). Spicer Rice also fields an array of listener calls and emails, about everything from histoplasmosis (a fungal infection that can be carried in pigeon droppings), to some behaviors of mourning doves (in the same family as pigeons: Columbidae), to hornets (a caller reports stepping on an unseen nest, getting stung by seven hornets).