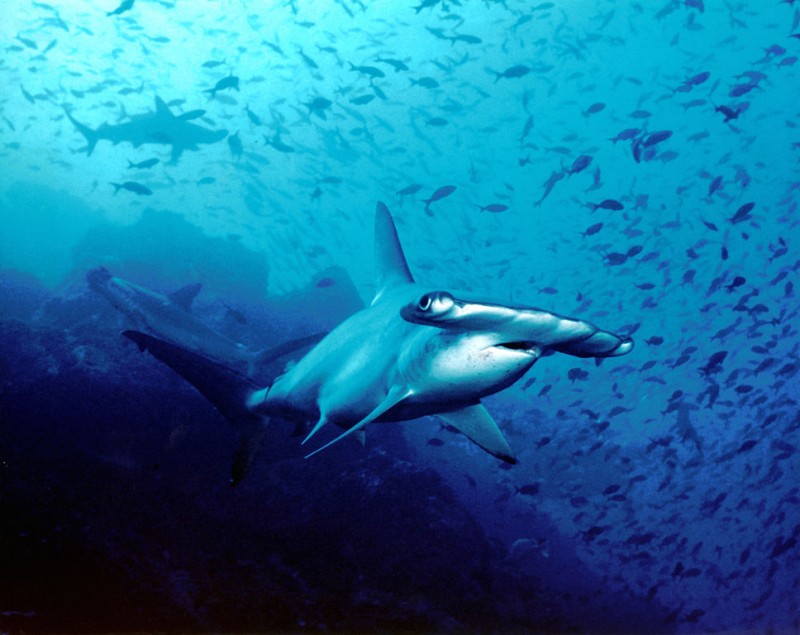 Some of the ocean’s top predators are facing massive population crashes-and human may be to blame. An environmental activist is urging law students to help him fight for the survival of hammerhead sharks. Yesterday at a biodiversity conference at Stetson College of Law in Gulfport, Randall Arauz spoke about his decade-long odyssey to ban shark fin harvesting around the world.

The crowd of about 70 people listened via Skype to Randall Arauz who has been at the center of stopping shark fin harvesting in Costa Rica. He has drawn attention to the disregard of the Endangered Species Act, or ESA. The internationally recognized law is meant to protect animals which are on the verge of being wiped out. There is an ESA ban on shark fin harvesting but Arauz said that hasn’t stopped it’s transport into the US.

“These folks were allowed to transport hammerhead shark fins, through Miami, in violation of the ESA. We wrote directly to the officers of the United States Fish and Wildlife service and they’re ignoring us. They’re blowing us off.”

Most at the conference view the current Endangered Species Act as straightforward. It’s approach is to protect both the animal and it’s habitat. An added benefit is the environmental protection the Act provides to humans. Roy Gardner is professor of law and Director of the Institute for Biodiversity of law and policy at Stetson Law School. Gardner EmCee’d the event. As far as teaching ethics are concerned, he remains pragmatic.

“Really the only way we’re going to make progress is we have these collations. And that also requires a multidisciplinary effort. You have to have lawyers working with scientists. And there are some places where you have to draw a line; and say that just because of the risk to our environment or the risk to particular species that a particular activity should not go forward.”

You can listen here