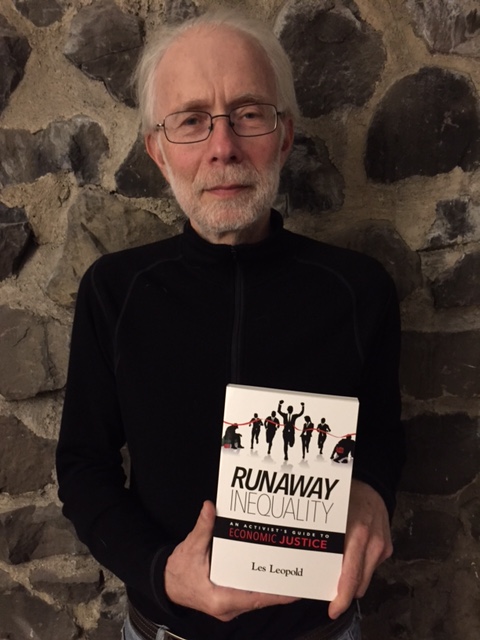 If you’ve been thorough rural areas of Hillsborough, Polk, Hardee, Manatee or Sarasota counties, you’ve probably noticed large mounds of earth  dotting the landscape; these are landfills for toxic waste from  phosphate and gypsum mining. Last Month, the EPA and the Mosaic corporation,which operates many of the mines, reached a $2 billion dollar lawsuit settlement to clean-up six sites in Florida. Friday’s guest, Andre Mele with environmental group Suncoast Waterkeeper, said Mosaic still is not doing enough to protect the environment and people living near the mining operations.  His coalition says the 24 phosphogypsum stacks around West Central Florida are the largest repository of toxic and hazardous waste in the US.

Then we spoke with Author Les Leopold, about his new book  Runaway Inequality: An Activist’s Guide to Economic Justice, which explains the economics of how the United States has become the most financially unequal developed nation in the world.