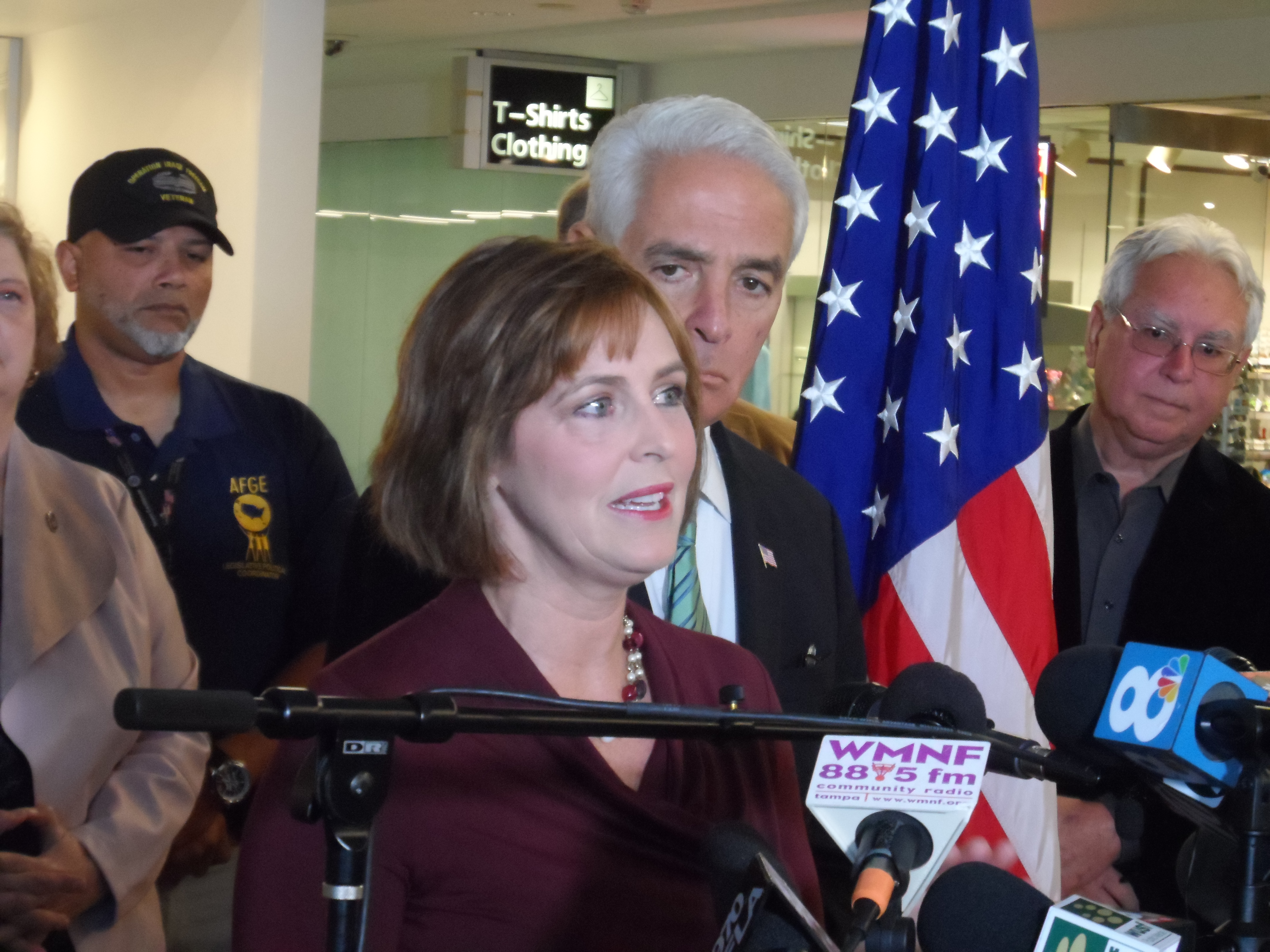 The partial government shutdown has dragged on for more than a month; and this week, affected federal workers will miss their second paycheck.

In a press conference at Tampa International Airport Tuesday, several of those workers spoke out about safety concerns of the government shutdown & hardships on their families

Deborah Hannah is a transportation security worker at the Orlando International Airport. She’s president of a union that represents 2000 officers. 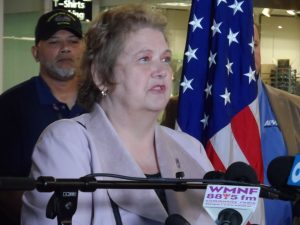 “This is ridiculous that we have to come to work without being paid. I have an officer that had to send her Mom up north to a brother because her paycheck is not coming in and she cannot afford her Mom’s medication that she depends on. I’ve got officers who are already getting eviction notices because the [apartment] complexes don’t want to hear that you’re not getting paid.

“We come to work every day to do our job because that’s the oath that we took and that’s our mission. We work with FAA and everyone else in the airlines to try to do everything that we need to do. And it’s not fair that we’re working unpaid. So we’re asking that President Trump, in his infinite wisdom, reopens the government and starts paying us. Because we’re going to do our job regardless.

“But it’s hard when you have to worry about whether getting evicted to concentrate on your job. Or whether you’ve got food to put on the table or medication for your children or gas – like was said – to come to work.” 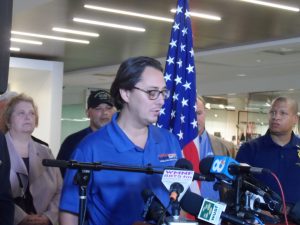 “Nobody should be under the illusion that It’s business as usual right now for the aviation industry. Our controllers are showing up every single day. We’re working six-day work weeks without pay.

“My wife’s actually an air traffic controller in that building right over there. We’re working six days without a paycheck. I don’t know what to tell my children right now when we go to work. I can’t pay my children’s day care. Can’t pay my mortgage. I having a hard time getting gas in my car to get to work, as everybody said.

“But this prolonged government shutdown is really eroding the layers of safety that we have as people fly through this airport every day. We’re in our busiest season that Tampa [International] Airport has ever seen in the history. We’re working hard without this issue. Add the level of stress that we have right now on top of the busiest season that Tampa air traffic control has ever seen and imagine the amount of stress that we take on to our jobs every single day.

“We’re asking for the end of the shutdown, to continue to pay us and put us back to work, please.”

Tampa-area Congress member Kathy Castor says the U.S. House will pass bipartisan bills to re-open the government, but she wants the Senate and President Trump to follow through.