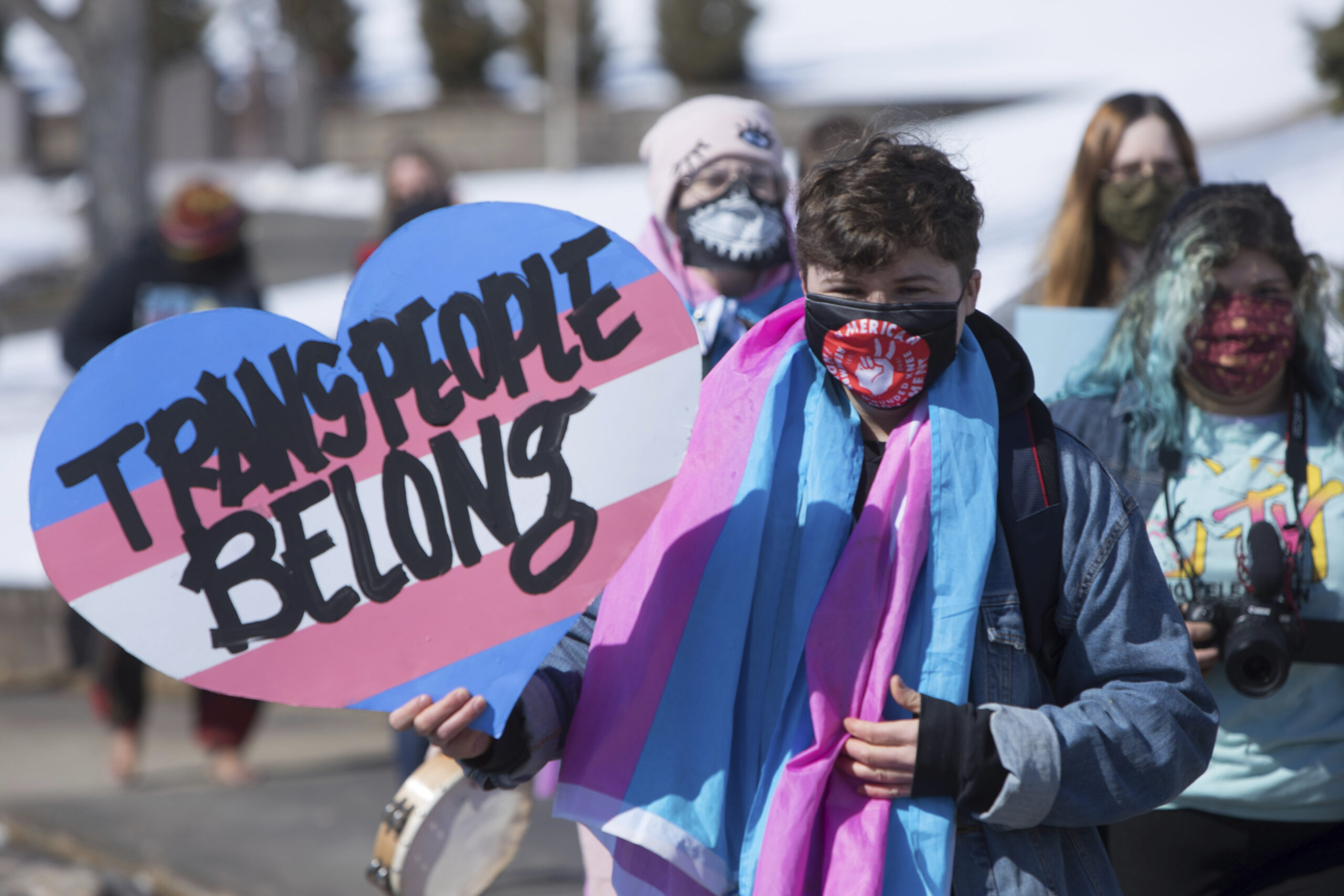 TALLAHASSEE — Doctors will no longer be allowed to provide treatments such as puberty-blocking medications, hormone therapy and surgery to transgender people younger than 18, under rules approved Friday by the Florida Board of Medicine and the Florida Board of Osteopathic Medicine.

TALLAHASSEE — Doctors will no longer be allowed to provide treatments such as puberty-blocking medications, hormone therapy and surgery to transgender people younger than 18, under rules approved Friday by the Florida Board of Medicine and the Florida Board of Osteopathic Medicine.

The boards’ actions Friday came after the Florida Department of Health in July filed a petition seeking a rule-making process on the contentious issue of treatment for gender dysphoria.

The petition — pushed by state Surgeon General Joseph Ladapo and championed by Gov. Ron DeSantis — proposed prohibiting doctors from using medical interventions such as surgery and medications to treat minors diagnosed with gender dysphoria, which the federal government defines clinically as “significant distress that a person may feel when sex or gender assigned at birth is not the same as their identity.”

DeSantis, who is campaigning for re-election and is widely seen as a top contender for the Republican presidential nomination in 2024, has elevated the issue of treatment for transgender youths. The governor frequently refers to surgeries on transgender minors as “genital mutilation,” though experts have said the surgeries are exceptionally rare.

Friday’s medical boards’ vote “will protect our children from irreversible surgeries and highly experimental treatments,” Ladapo said in a statement.

“I appreciate the integrity of the Boards for ruling in the best interest of children in Florida despite facing tremendous pressure to permit these unproven and risky treatments. Children deserve to learn how to navigate this world without harmful pressure, and Florida will continue to fight for kids to be kids,” he said.

Friday’s joint session of the medical boards mirrored previous meetings about the issue, with “detransitioners” condemning the treatments for children and teens and LGBTQ advocates saying the treatments can be life-saving medical interventions.

Critics of the state restrictions include a host of medical associations, pediatric endocrinologists and parents, who urged the boards to allow healthcare providers to continue to use widely accepted standards of care for treating gender dysphoria.

With an at-times raucous audience attending Friday’s meeting at a Holiday Inn in Lake Buena Vista, Board of Medicine Chairman David Diamond, a Winter Park oncologist, said the boards weighed input from doctors and researchers.

“To say that there is a singular … standard of care is simply not accurate,” he said. “The chief point of agreement amongst all the experts, and I must emphasize this, is that there is a pressing need for additional, high-quality clinical research.”

The rules approved Friday would prohibit doctors from prescribing puberty-blocking, hormone and hormone “antagonist” treatments for patients under age 18. The rules would not apply to children already receiving such treatments.

Doctors also will be banned from performing surgical treatments on minors.

In an unusual move, the boards split on a proposal to create an exception for minors seeking gender-affirming treatment, with the Board of Medicine rejecting the exception and the Board of Osteopathic Medicine approving it.

A joint committee of the boards last week gave preliminary approval to an exception that would allow minors to begin receiving treatments such as puberty blockers if they participate in a federally approved clinical trial at a university-affiliated center. No such trials currently are underway in Florida, according to an initial review.

“I really have not encountered this situation before where you have one board who’s going to be having a rule that would be inconsistent with the second board on such a matter,” attorney Ed Tellechea said.

People and groups on both sides of the issue sent thousands of pages of messages to the state boards, according to meeting records posted on the Board of Medicine’s website.

Board members spent less than two hours hearing from the public after voting to approve the rules.

“There are only two sexes, male and female. We can reason this through our reason, medical fact, common sense and biblical truth,” Diane Gowski, a Bay Pines doctor who is the president of the Florida Catholic Medical Association, said. “We are made by God. He is our only creator. … Unfortunately, what transgender ideology, in my opinion, has created, is a lie.”

Diamond ordered security guards to escort from the meeting room someone who tried to shout down Gowski. The person shouted, “Proud transgender woman!” as she was led away.

Diamond chided the audience, saying such conduct was not permitted “in a civilized society.”

“If you’re going to do this four days before a major election, also be aware that the Republican Party of Florida is spamming the entire state with anti-queer mailers, and we are not standing here today on the Friday before Nov. 8 by chance,” she said. “I expect the Legislature to be a political being, not the Board of Medicine.”

Opponents of the rules will have 21 days to file administrative challenges, which they have vowed to do.

Lawmakers in a handful of other states have banned gender-affirming treatment for minors, but Florida appears to be the first state in which medical boards have prohibited doctors from providing such therapies, according to experts.

“These rules, as written, put transgender youth at higher risk of depression, anxiety, and suicidality. Those are the facts purposely ignored by a Board of Medicine stacked with DeSantis political appointees who have put their toxic politics over people’s health and well-being,” Nikole Parker, director of transgender equality at the Equality Florida organization, said in a prepared statement.

Treatment for transgender people, and youths in particular, has become a fiercely debated political issue in Florida and other states. Prominent medical groups and the Biden administration support treatments for gender dysphoria, while many Republicans argue the treatments should be blocked for people under 18.

Also this year, the DeSantis administration issued a rule preventing Medicaid reimbursements for gender-affirming care for transgender people of all ages.

That rule is being challenged in federal court.