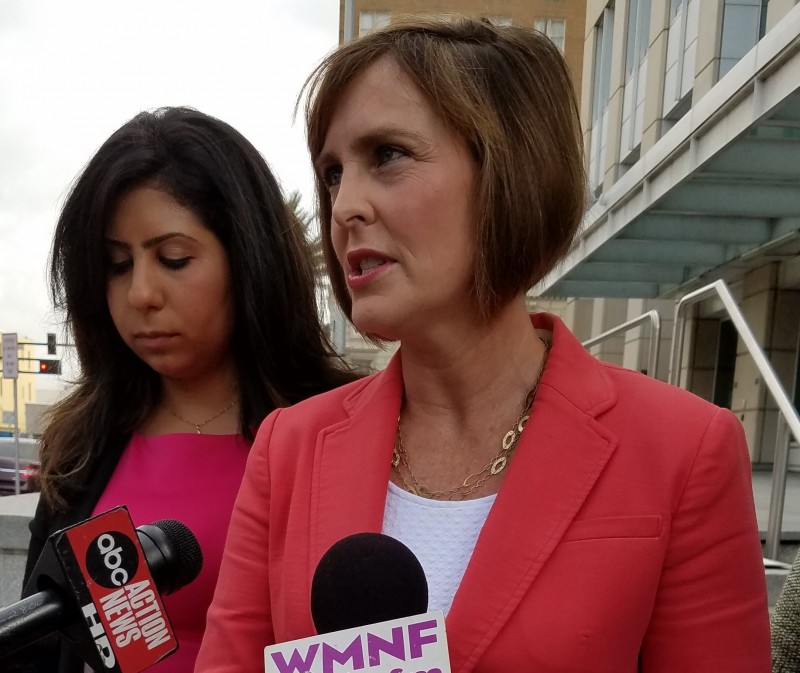 Congressional Democrats from Florida are highlighting what they call “stark differences” between their policies and Republicans when it comes to issues like taxes, wages, infrastructure and health insurance; during a conference call with reporters Wednesday, Tampa-area Congress member Kathy Castor referenced President Trump’s appearance in Ft. Myers.

“Donald Trump’s coming to Florida here on Halloween and we want to make sure that Florida voters are not tricked this Halloween and this election season. There are stark differences between Republicans and Democrats and what’s at stake, particularly when it comes down to folks who are running for Congress.

“Since the Trump White House and Republicans in Congress took control of the levers of government, the American people have seen them relentlessly undermine the future of our families and of our neighbors. From health care to taxes to good-paying jobs to critical consumer protections, President Trump and Republicans are selling out the American people at every turn. Their actions affect all of us. But especially here in Florida.”

Castor says Floridians will have better health insurance if they vote for Democrats.

“And there are significant difference between Democrats and Republicans on the ballot this year on the issues most important to them. Health care. Florida has more than 1.7 million people who rely on the Affordable Care Act health insurance marketplace. More than any other state. So as Trump and the Republicans fought to repeal the ACA and destroy the healthcare marketplace. That impacts Floridians more than any other state.

“Here in Florida, more than seven million Floridians with pre-existing conditions could lose key protections under the Republican lawsuit to strike down the ACA’s protections. Florida is part of that lawsuit, unfortunately. So there’s a lot at stake for us here.

“Republicans’ health care sabotage drove the average 2018 premium for the Silver Benchmark plan for – say – a 40-year-old in the ACA marketplace up by 41% compared to 2017. And when you talk about the cost of drugs, 12 of the top 20 most costly drugs for Medicare Part D increased in price in the first year of the Trump administration.”

She said Senator Mitch McConnell wants to cut Medicare, Medicaid and Social Security but the country is stronger when people have health care.

Also on the conference call were Florida Democratic members of Congress Val Demings and Ted Deutch.

Here is a link to a report from the Democratic Party about “impacts of GOP agenda on the health and economic security of Floridians.”