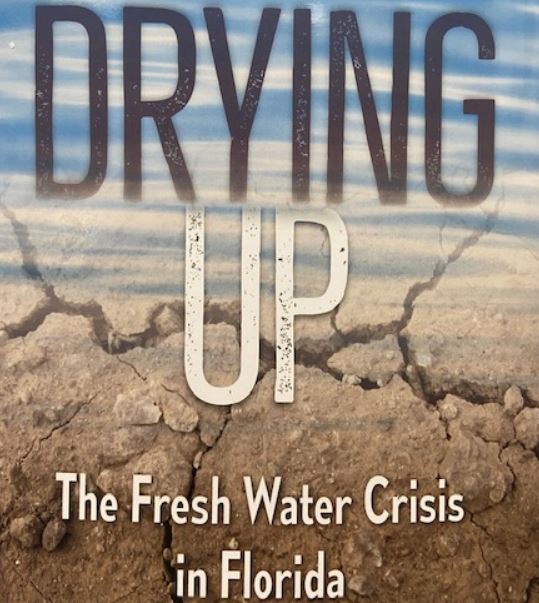 Florida is facing a freshwater crisis in just a few years, according to our guest today on WMNF’s Radioactivity. Our guest is journalist, educator and springs advocate John M. Dunn. He’s written a new book called DRYING UP: The Freshwater Crisis in Florida (University Press of Florida).
In the book Dunn writes that Florida once had a plentiful, unpolluted freshwater supply. With the influx of newcomers, development, man-made changes to the environment and rising sea levels our once-bountiful supply of freshwater is endangered. How Florida went from having a healthy aquifer along with some of the cleanest rivers, streams and lakes in the world- to the the brink of scarcity is the topic of DRYING UP. Dunn warns that many scientists think Florida has already passed the tipping point.

John M. Dunn has written more than 400 articles for periodicals such as Europe, Overseas Life, Sierra, Florida Trend, Business Florida, and The St. Petersburg Times.  He has authored 17 non-fiction young adult books, including The Russian Revolution, Modern Day Pirates, The Spread of Islam, Life During the Black Death, The Birth of Modern India, The Enlightenment, Prohibition, and José Martí: Cuba’s Greatest Hero.  He has also edited a Civil War series for young readers.  Drying Up, The Fresh Water Crisis in Florida was published by the University Press of Florida in 2019.  Other credits include scripts for audiovisual productions and a children’s play.

The New York Public Library recognized the first edition of Dunn’s book on The Relocation of the North American Indian in its Books for the Teenage List; the second edition received a stared review from the School Library Journal in May 2006. The Pennsylvania State Library Association included John’s book, The Computer Revolution in its “Young Adult Top Forty Nonfiction 2002 Titles.” In addition, The Barahona Center of California State University San Marcos has featured his book, Life in Castro’s Cuba its annual list of “Recommended Books in English about Latinos.”

A father of two daughters, John lives with his wife in Ocala, Florida.