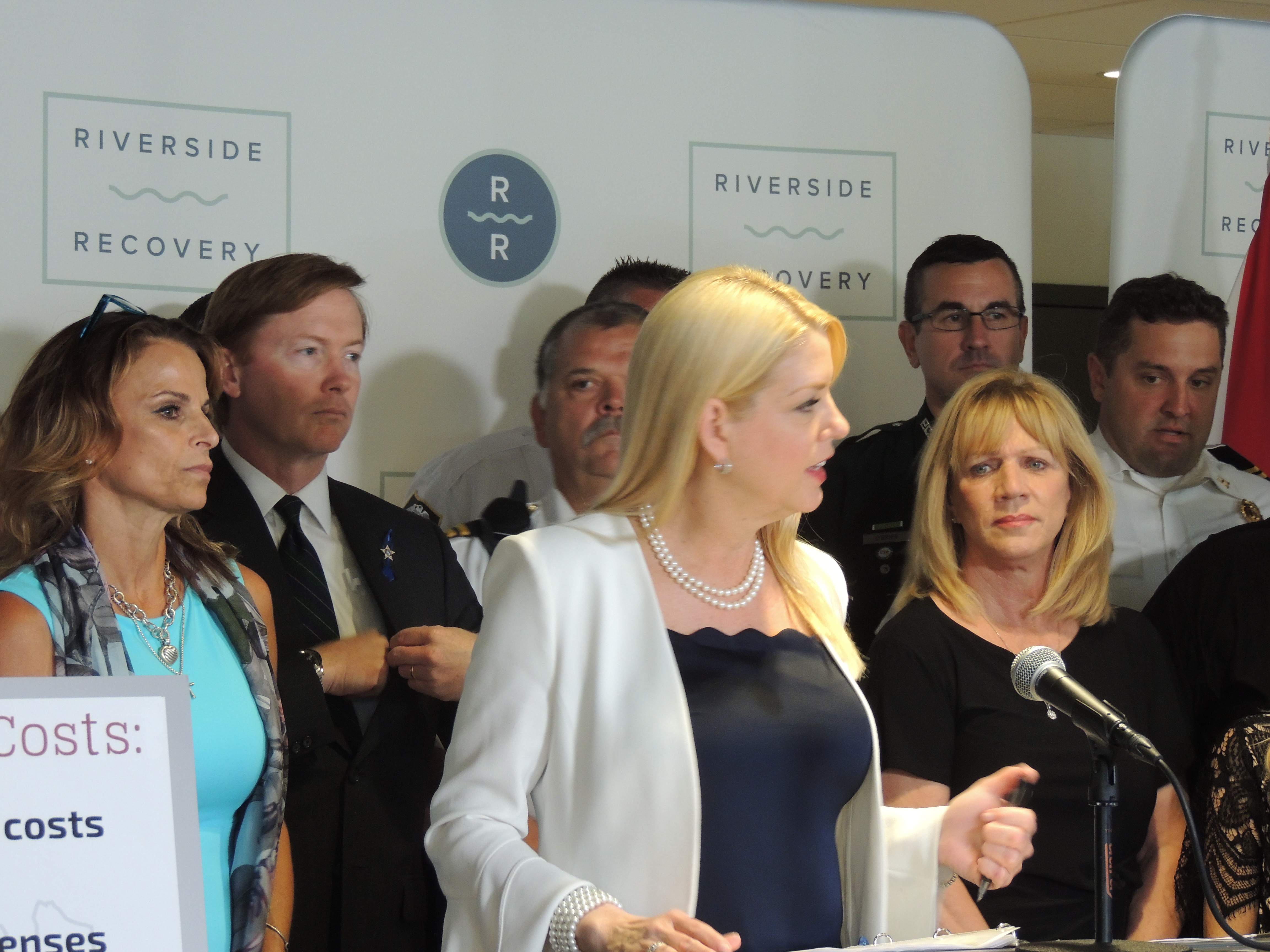 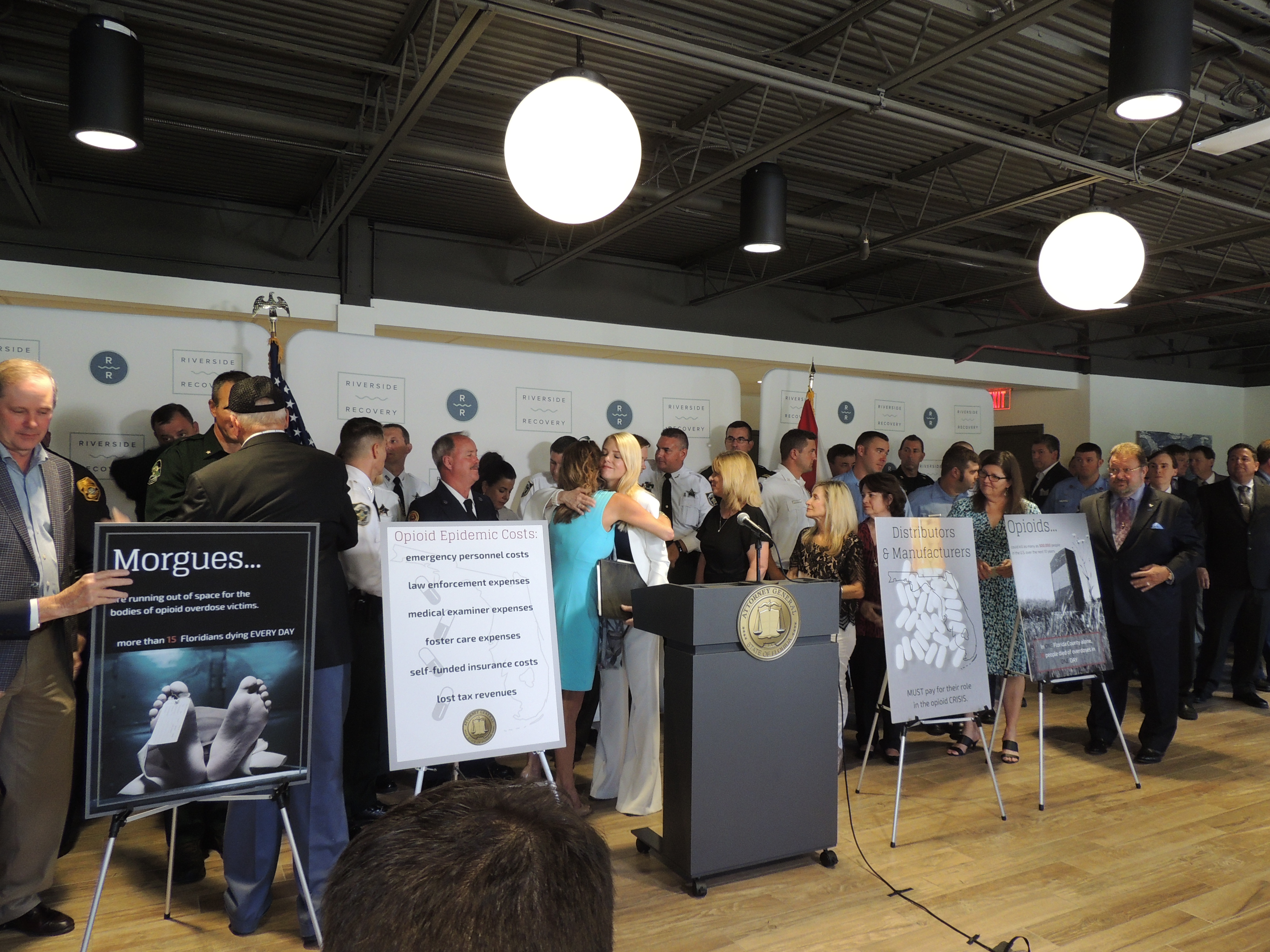 The State of Florida is suing opioid manufacturers and distributors for what Attorney General Pam Bondi says could end up being billions of dollars. Bondi made the announcement Tuesday afternoon at an addiction recovery center in Tampa. She says she’s suing for damage over the opioid epidemic like other states, but she wishes she could send some of them to jail.

“Our lawsuit today that we filed alleges that five of the largest manufacturers of opioids engaged in a strategic campaign of misrepresentations about the risk and benefits of opioid use. They funded front groups to disseminate misinformation about the use of opioids for chronic pain. … They employed medical professionals to act as opinion leaders throughout the country to promote their dangerous products. And here in Florida they published misinformation in the books I showed you, pamphlets and websites downplaying the addictive nature of these dangerous drugs. And these families behind me, they’ve lived it and they know. Thank you for being here. I know this so difficult for you. Our suit also alleges that four of the nation’s largest opioid distributors, accounting for [most] of the distribution nationwide of opioids, assisted with deceptive marketing and failed to prevent the diversion of opioids in our state.”

Bondi was surrounded by law enforcement and other first responders and by families who have lost loved ones to the opioid epidemic. Like Lisa Brandy whose 18-year-old daughter died after becoming addicted to prescription medications.

During Tuesday afternoon’s press conference, Pasco County Sheriff Chris Nocco held a container of a drug that reverses an overdose by blocking the brain’s opioid receptors.

Attorney General Pam Bondi said that 15 people die every day in Florida from opioid overdoses and across the U.S. it’s 170 people per day. She says several high-power private attorneys are handling the suit for Florida which Bondi said is even broader than opioid lawsuits filed by other states.