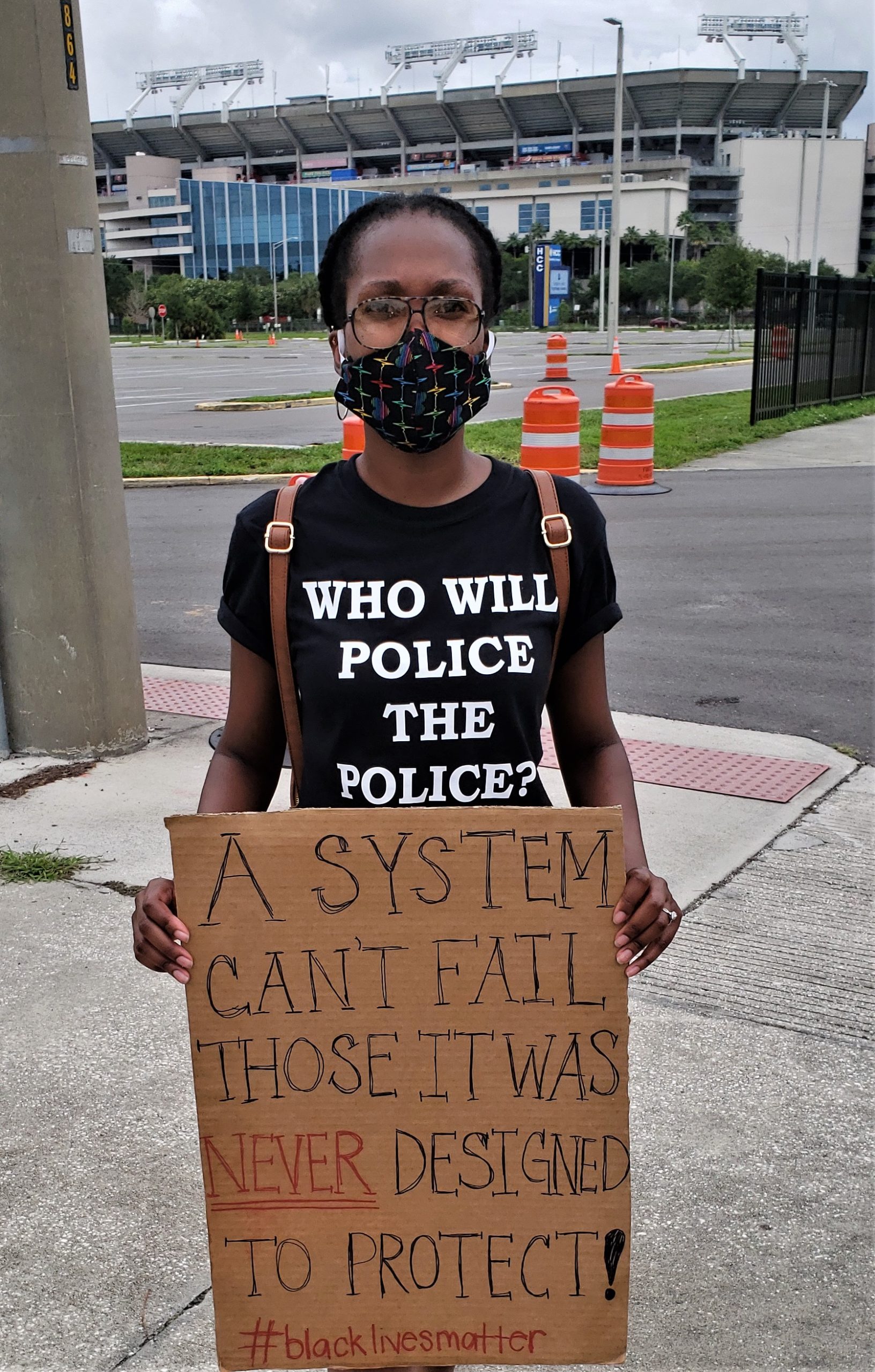 Members of the Florida Legislative Black Caucus cite the Black Lives Matter movement as inspiration for a set of bills aimed at what it calls ‘fair and just policing.’ The bills come as some in the state legislature look to further crackdown on public protests.

More than a dozen bills in the Florida House make up the package of reforms. Most have Senate counterparts to go along with them. Tuesday, Standing with members of the Democratic and Progressive caucuses, Tampa Representative Fentrice Driskell drew a straight line between the deluge of bills and 2020’s summer of civil unrest brought on by police killings of Black people.

“We thank you” Driskell said. “Because we wouldn’t be here without you having raised your voices.”

Progressive Caucus member and Orlando-area Rep. Carlos Guillermo Smith said it’s now the legislatures duty to take up the cause.

“When we say Black Lives Matter we must also commit ourselves to the actions those words require,” Smith said.

Members of the Black Caucus said the bills include some common sense reforms, like a minimum arrest age, and others to address operational and civil issues. Members said passage of the bills could create a reality where police and all Floridians feel equally protected by the law.

Tracking use of force

Some of the reforms include creating a database to track use of force incidents and prevent officers disciplined or fired for using excessive force from jumping to different agencies. A social media-based accountability group called Cop Watch has used Florida’s public records law to track officers with violent or criminal complaints. In some instances, officers investigated for DUIs and excessive force complaints while on and off duty were able to move between as many as three and four law enforcement agencies within Tampa Bay alone. Some were even promoted.

House Rep. Geraldine Thompson, who represents parts of Orange County, said a system like that could raise enough red flags to either retrain or keep officers like Derek Chauvin off the streets. Chauvin is the former Minneapolis Police officers accused of murdering George Floyd after kneeling on his neck for nearly nine minutes.

“We want a database in Florida so there can be intervention, there can be training and there can be disciplinary action,” Thompson said. “And to prevent a person who is decertified as a law enforcement officer from leaving one county and going to another county.”

“What if the officers who witnessed that bad conduct had stepped up at one minute, at two minutes, at three minutes?” Rouson asked. “The bill that I have filed will require training for good officers to intervene when they see something bad happen.”

The bill would also require officers to report incidents by the end of their shift.

Not ‘Defund the Police’

Other bills in the package include establishing statewide standards for law enforcement; reforming qualified immunity to allow for better accountability; and limiting the type of military equipment departments can purchase; among many others with more promised to come.

Legislators cited Black Lives Matter as inspiration. But they also distanced themselves from the “Defund the Police” movement many protests called for.

“No one is pushing to defund the police,” Broward County Rep. Evan Jenne said. “Because at the end of the day, if you really look at these policies, they’re not antagonistic toward police officers. They’re gonna protect people in communities of color. They’re also gonna protect our law enforcement officers. It’s going to give them more skills, more ability to engage with the community on a human level.”

The bills come as Florida Republicans continue to push the controversial HB1 through the legislature. The bill loosens the definition of what constitutes a riot; creates penalties for organizers of protests that turn to riots; denies bail for people participating; and punishes municipalities who divert funds from law enforcement agencies to social services.

Critics, like Rep. Driskell, call the bill overbearing and oppressive. Especially given that widespread peaceful protests in Florida didn’t lead to any spread of violence.

“Floridians know that HB1 does not make us safer,” she said. “Does not make us feel like we can exercise our First Amendment rights that we are guaranteed under the Constitution. Yes. While we will be fiercely fighting against that bill, we will also be working tirelessly to shepherd through this legislation. Because we know this is what Floridians are asking for.”

Members of the Caucus are willing to continue working with law enforcement agencies to fine-tune language in the bills. And they hope the Republican-led House and Senate are willing to listen.