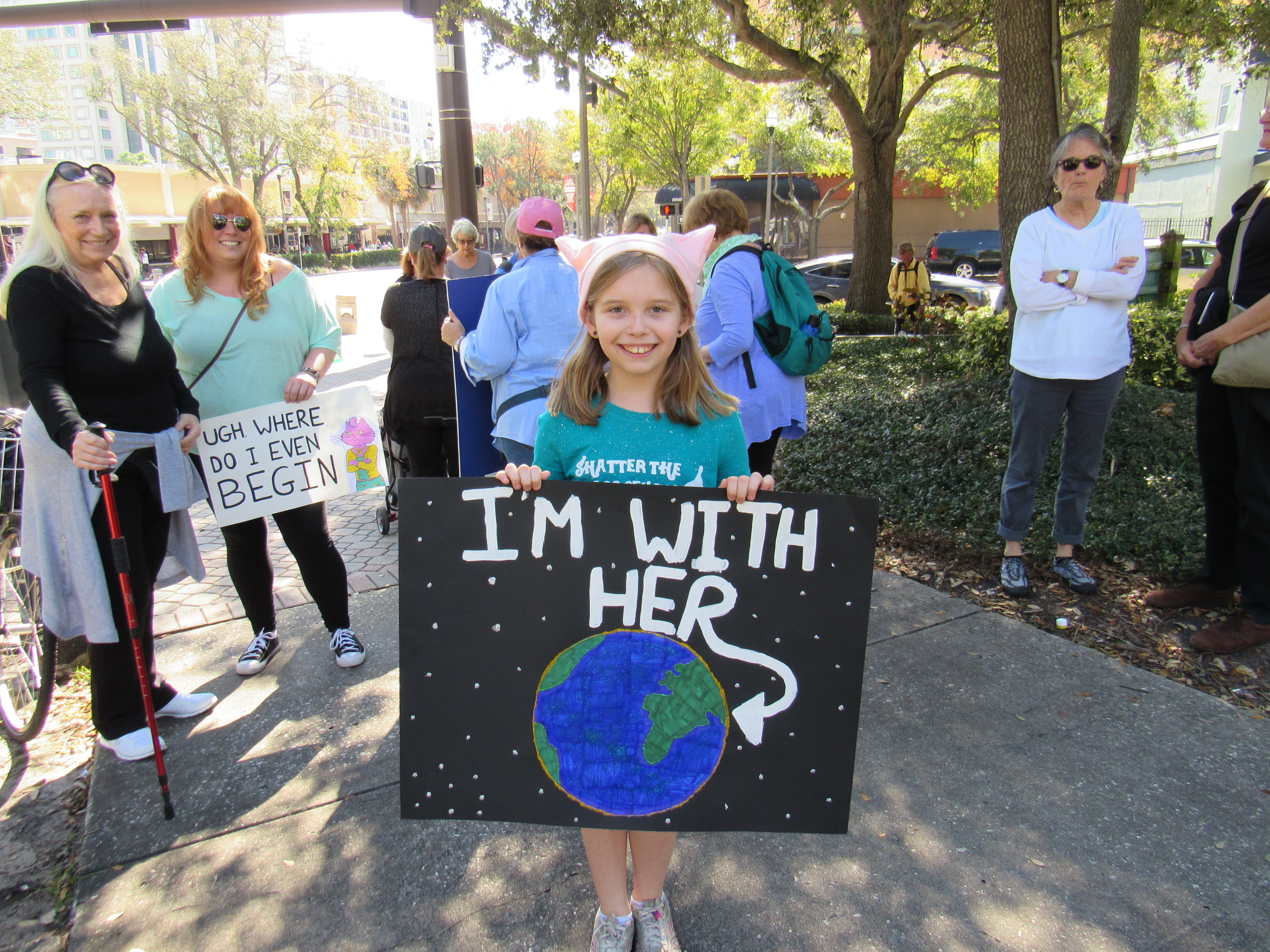 “The four departments that will have the biggest impact are all being led by women,” Long said. “Heretofore they’re always been led by men. And it’s public works, utilities, housing andf community development and our emergency management department.”

Women in the lead

“All women leading the way,” she said. “Committed to making sure that resiliency and sustainability are part of our plan.”

Long was joined by Florida Congress members Kathy Castor and Stephanie Murphy, both Democrats; as well as Dr. Diane Roland of the University of Florida’s Institute of Food and Agricultural Sciences; and Miami-Dade’s first-ever Chief Bay Officer Irela Bague.

The cost of doing nothing

“We have put off action as a state and as nation and we’ve reached a crisis level,” she said. Trillions of dollars in damages because of climate impacts. We’re running out of time to act.”

“Climate change is a threat to our planet; our country; and pretty much every aspect of what we call the Florida way of life,” Murphy said.

Florida’s nearly $1 trillion dollar tourism industry is one of the top-five job creators in the state. And like many other key industries, heavily reliant on the environment. But the continued threat of sea-level rise; eroding beaches; and contaminated waters leading to fish kills and Red Tide blooms are just a few of the dangers Climate Change imposes on Florida life.

Murphy said Florida has an added advantage in Castor’s representation. She headed the House Select Committee on Climate Crisis and helped write the literal book on fighting against climate change. One goal is getting the nation to net-zero emissions by 2050.

Murphy said that’s now possible because of congress changing the way it does business. It’s now forcing the “cost of doing nothing” to be factored into certain climate-adjacent legislation. She also said tax codes can help incentivize the private sector toward more green solutions.

“Pragmatic tax solutions that incentives our green economy are so important to get done in this congress,” she said. “There’s no reason why Florida can’t lead the country and the world when it comes to creating green jobs that pay well and do good.”

Polls have found the vast majority, more than 80 percent, of Floridians acknowledge climate change is real. But less than half believe it will impact them in their lifetime. That changes as the population age decreases. Murphy said she has faith in younger Americans and Floridians. Polling shows they are beginning to take the battle for resiliency more seriously.

Castor added one of the most crucial aspects of the battle will be mentorship. She said it’s important for academic and professional organizations to offer group and personal mentorship opportunities. Especially when it comes to climate sciences.

“A lot of times the leadership structures are set up on prior systems. They don’t really fit with our lives or how we operate,” Castor said. “Being mentored throughout the entire pipeline is really critical to getting women into leadership and leading voices in Climate Change.”