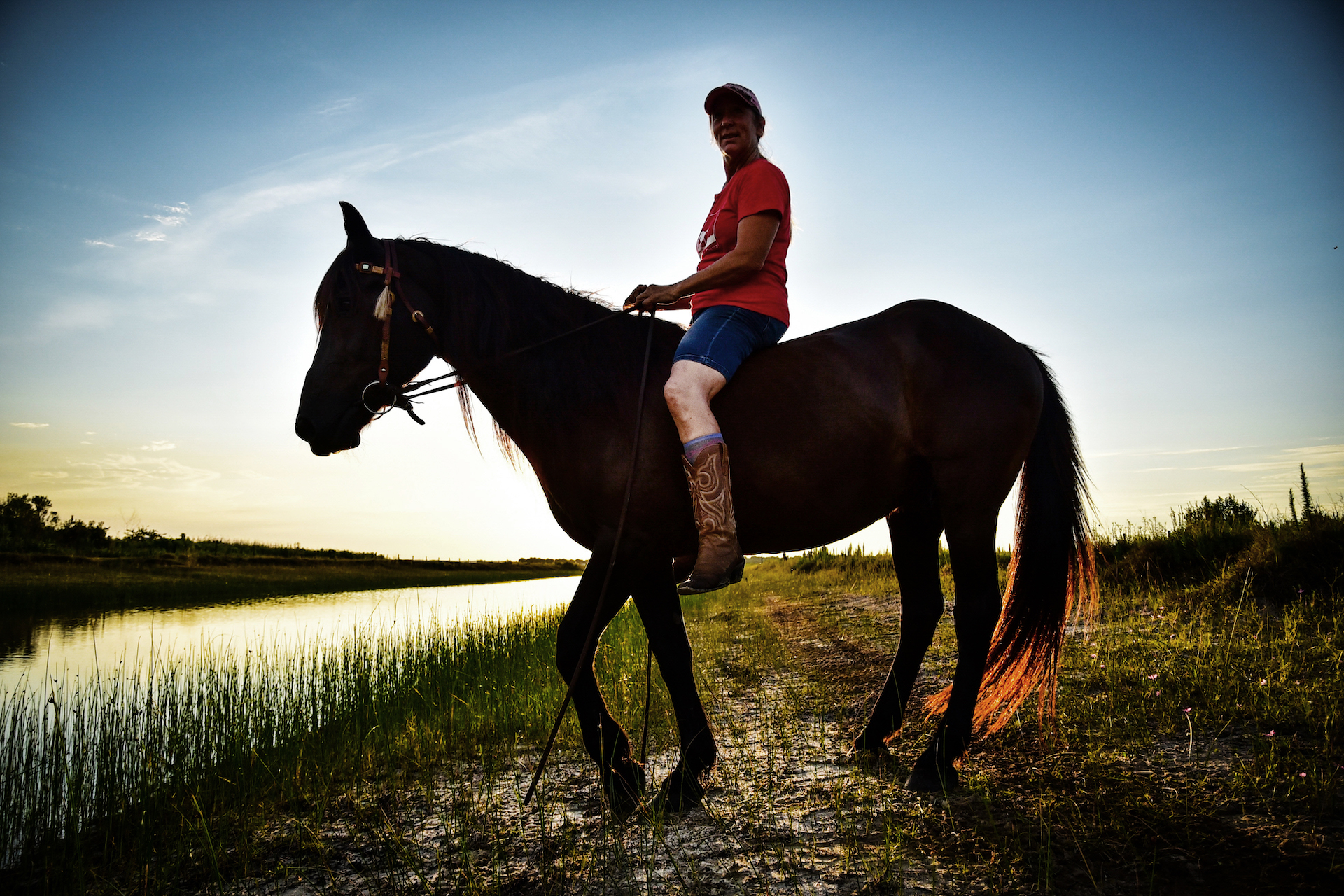 Diane Delano—founder of the Wild Horse Rescue Center, a Webster, Florida facility that rescues, rehabilitates, and finds new homes for wild horses—recalls in a “Talking Animals” interview growing up amidst a family of horse lovers, and she started riding at age three.

This was in the Catskills, where Delano says, she was frequently playing outside and tending to various wild animals, including baby woodchuck named Peanut. A few years after the family moved to Central Florida, a pivotal thing happened for Delano when she was 13: Her father gave her a horse, named Raindrop, who went on to be part of Delano’s life for 34 years.

It’s hard to imagine someone whose youth—whose childhood, really–more directly foreshadowed their life’s work. Especially once Delano encountered her first wild horse. She describes her longstanding relationship with the Bureau of Land Management, which includes Delano being selected by the BLM to serve as a Compliance Officer.

She discusses the Wild Horse Rescue Center, both by the numbers (currently, 64 horses across 42 acres), as well as some specific horse residents, past and present, and how a new brand of volunteer—residents of The Villages, a nearby, noted retirement community—stepped up and stepped in when Covid-associated restrictions forced suspension of the Center’s major International Volunteer Program.