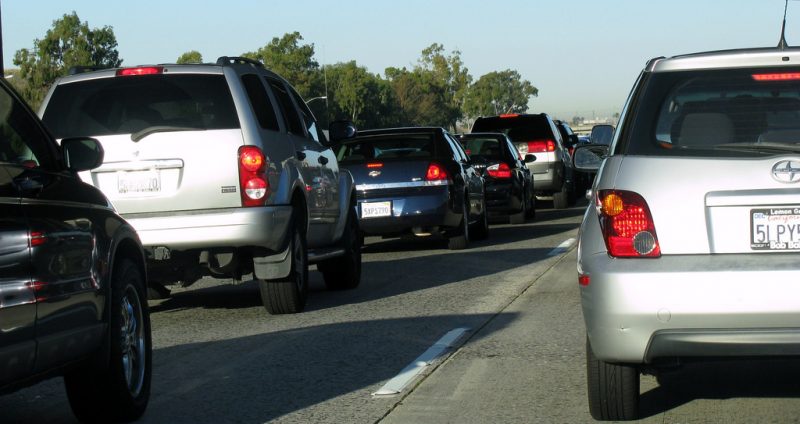 You’re cruising southwest along the Selmon Expressway after leaving work in downtown Tampa when, bam, the toll road ends and traffic crawls slowly onto Gandy Boulevard; the Tampa Hillsborough Expressway Authority thinks an elevated highway in the median of Gandy Boulevard that connects directly to the Gandy Bridge could alleviate some of that gridlock. But opponents, like the president of the Gandy Civic Association — Al Steenson – sees some problems with that.

“Well, this has been going on for, oh lord, probably almost 20 years and the Association has always been opposed to the elevated on Gandy, for several reasons. Number one, it’s the wrong project in the wrong place. This is our commercial, main street; the businesses and the restaurants and a brand new church right down there on Gandy and the old Winn Dixie store.

“This is our community and they putting a 40-foot high, 63-feet wide, elevated highway down the middle of our main street, which, and the end result will be: if they do and complete it, it’s not going to take care of the congestion on Gandy, for the simple reason that the people that would use it, don’t live here. The people that use Gandy Boulevard live here and people want to live in south Tampa. There’s no question about it.

“Now, they come up with these numbers that capture 18,000 cars a day. Well, I don’t know where all those numbers come from, but, I know one thing: that this elevated is gonna spend most of its time literally vacant.

“Now, I challenge or invite you to take the reversible to Brandon some night at like 6:00 in the evening and you’re gonna be out there by yourself and this is the same thing that’s gonna happen. But, when there’s no traffic up there, running on it, we’re still gonna have to look at it. Forty feet in the air, 63-feet wide, concrete structure.

For residents who are going from St. Petersburg to downtown Tampa and they take the Selmon Expressway, they are often stuck on Gandy [Boulevard], either on the way back or on the way into Tampa —

“When you say “stuck,” for how long? Show me a street, in this city, that doesn’t have congestion on it, morning and evening for a certain period of time. Kennedy Boulevard, Hillsborough, MLK, those are east-west. Look at Dale Mabry. But, once the rush hour is over, it’s cleared up.

“We’re not by ourselves in this regard. You got people like Applebee’s; you got the Ranch House people; people at Scan Design; some of the smaller businesses along Gandy, this will hurt them and they’re totally opposed to it.”

“They had a couple of these virtual town-hall meetings, in which you could call in or you could ask questions on the internet, but, there’s never been a public forum, face to face, with the expressway authority and the community, not in this particular instance. It has in the past, we’ve had some things, but, this latest project that they’ve coming up with, there’s not many published, public, forum on it.”

Wednesday the Tampa Hillsborough Expressway Authority held a forum for contractors interested in working on the elevated section of Gandy. According to an advertisement in La Gaceta earlier this month The expressway authority scheduled its “second design-build forum for the Selmon West Extension project, which will provide an elevated ramp structure within the median of Gandy boulevard from the east end of the Gandy Bridge to the south end of the Selmon Expressway” in Tampa.

A THEA spokesperson says construction is expected to begin in late 2017 and the Selmon Extension over Gandy will open in 2020.