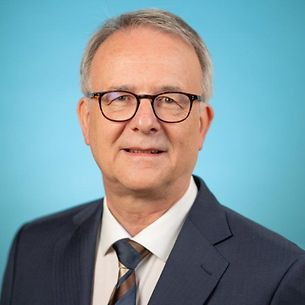 Our guest today will be speaking  afternoon at the St. Petersburg Conference on World Affairs (http://www.stpetersburgconferenceonworldaffairs.com) . He’s Andreas Siegel Germany’s Consul General in Florida. We sat down for this interview yesterday to discuss German business investment in Florida, tourism, the rise of the far Right in both countries, the Holocaust and how Germany deals with immigrants.

Consul General of the Federal Republic of Germany,

Andreas Siegel is a career diplomat with a broad range of international experience in strategic, political, economic and cultural affairs. He holds both a (postgraduate) diploma of the College of Europe, Bruges/Belgium and a Master degree of French, English and American literature/linguistics of the University of Freiburg/Germany.

Andreas has had a long-time connection and affinity with the United States: he was an AFS exchange student in Michigan during the Bi-Centennial year 1975/1976. In the early 1990ies he served as a Vice-Consul at the German Consulate General in Boston, Mass.

Before coming to Florida in July 2019, Andreas headed the German Consulate General in Ho Chi Minh City, Vietnam. Prior to that he was Head of the Strategic Planning Division for External Cultural Policy in the Directorate General for Culture and Communication at the Federal Foreign Office in Berlin.

From 2010 to 2013 he was posted in Brussels/Belgium as First Counsellor at the Permanent Representation to NATO, coordinating in particular arms control and counter-terrorism matters. Prior to this, he worked for 6 years in Strasbourg/France, first  as Deputy Chief of Mission at the Permanent Representation to the Council of Europe (CoE) , then – on leave from the Foreign Service – as Director of Strategic Planning, reporting directly to the Secretary General of the CoE. From 2001 to 2004, Andreas led a working unit in the European Directorate General in Berlin, serving as the German spokesperson for European cultural policy and coordinating German cross-border cooperation with neighboring countries.

During the first years of his career, Andreas occupied two posts in (the then capital) Bonn and three abroad: after two years of diplomatic training, he started off as a desk officer for Poland at the Foreign Office to move on to Boston/USA as Vice-Consul. He then spent three years in Lilongwe/Malawi (South-Eastern Africa) as Deputy Head of Mission and Chargé d’affaires. Back to Bonn, he worked at the Federal Chancellery, dealing with international strategic issues. Another assignment led him to Rabat and Casablanca/Morocco, where he served as Head of the economic section of the Embassy and Consul General, respectively.