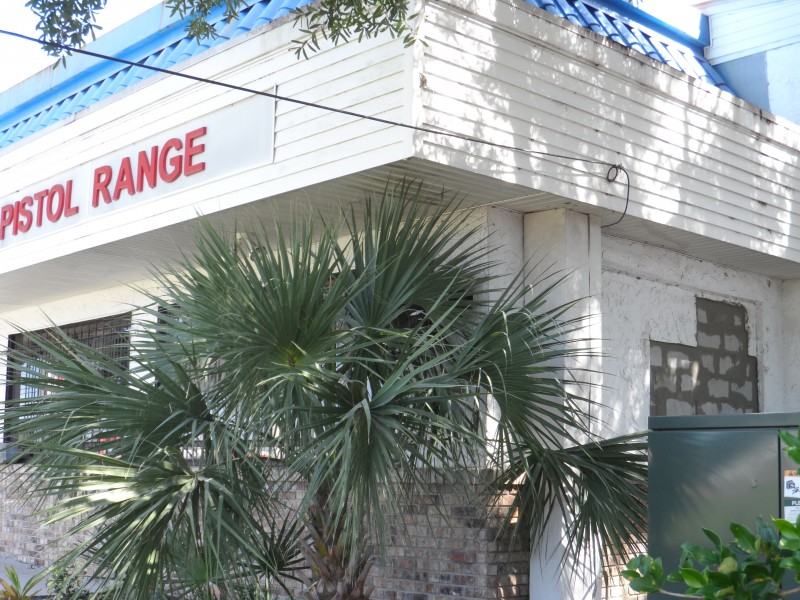 Forty-two handguns have been stolen from a gun shop near Tampa; Hillsborough County Sherriff’s Major Chad Chronister says four burglars broke a three-foot hole in the concrete wall of Shooting Sports on North Dale Mabry Highway early this morning. Chronister says surveillance video shows the burglars smashing display cases. That’s where the guns were stored – not in a safe.

“You can come here and rent guns, shoot guns, purchase guns, shoot guns and unfortunately early this morning it became a place where you could come to break in and steal guns.”

What kinds of guns were stolen?

“They were handguns. I’m not exactly sure what caliber, makes or semi-automatic or revolver — but 42 handguns.”

You have the serial numbers of these guns. Is there any other way that you can trace them – through ballistics or anything like that?

“We could work with ATF and get ballistics tests if we recovered – I don’t know what type of historical data they retain – you’d have to ask the Bureau of ATF. But I think we’re a step ahead. We’re a step ahead in our investigation in the fact that we have these serial numbers. A lot of people steal stuff – whether it’s to support a drug habit or for whatever reason – they steal it because they want to make it liquid cash. And we’ve taken an avenue from them. And that avenue being they can’t go pawn it or legitimately sell the gun because we have it marked as stolen in the Florida and the national crime databases.”

How common are these kind of crimes?

“Fortunate for us in Tampa, Florida – crimes as far as stealing 42 firearms – is not very prevalent. That’s not a common crime. Unfortunately with the population growth in Tampa and the population of more people carrying firearms you’re going to have more firearms taken and stolen, unfortunately. So, I could just encourage everybody to record those serial numbers to make it more of a probability that we’re going to get those firearms back to you.”

Chronister says the four suspects used something like a sledgehammer or big power tool to break through the concrete wall. Since he doesn’t know the exact gun models, he can’t guess the street value of the guns.

Surveillance video of the burglary provided by HCSO: