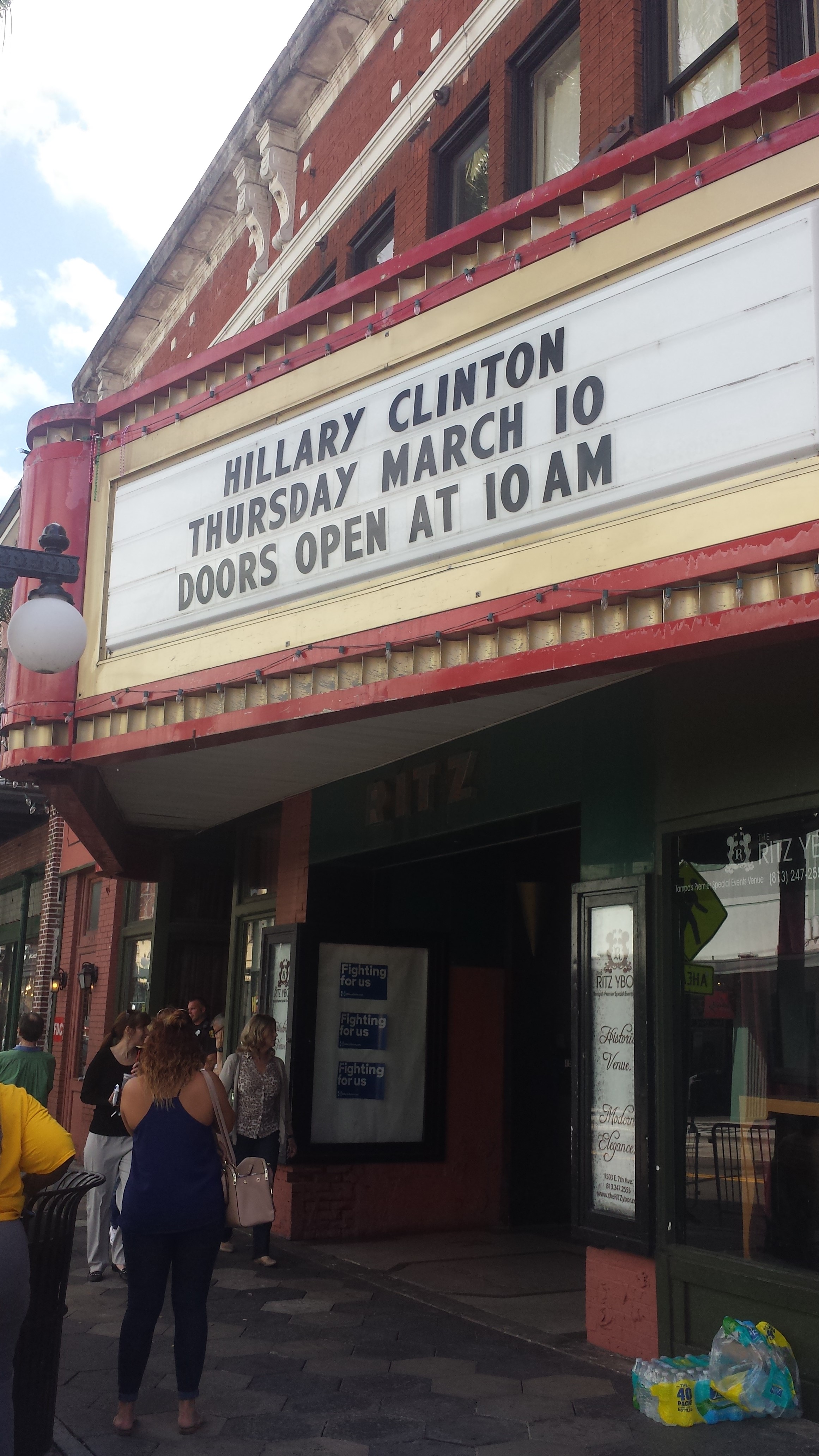 Democratic Presidential Candidate Hillary Clinton made a campaign stop in Tampa this afternoon, addressing the state’s infrastructure needs and vulnerability to climate change.

Speaking to a packed house at the Ritz concert venue in Ybor City , The former secretary of state told the audience that the key to job growth is to develop new infrastructure projects and encourage renewable energy.

“The reason we were dominate in the 20th century, included having great infrastructure. Now our roads, our bridges, our tunnels, our ports, our airports, are falling behind. You are making some improvements to the airport here in tampa, but some other places are really falling apart,” Clinton told the audience ” It is not possible to remain economically competitive in a very, very competitive global economy if we don’t have the infrastructure we need.”

Clinton also criticized climate change skepticism from Republican leaders, saying “it is the height of irresponsibility and hypocrisy” for those in power to deny that Florida is threatened by climate change more than any other state.

Elise Wright, a sales manager from Tampa, told WMNF that she sees Clinton as an effective candidate that will get things done. She also agrees with Clinton’s stance on immigration, an issue Wright feels strongly about.

“One of the things I really disagree with Obama about is deporting people who have come here from Central America countries who are looking for asylum . so she, last night, said ‘Don’t deport those children’ and so I really feel very strongly about that”said Wright

Some in attendance still haven’t made up their minds on who they are voting for. Recent college graduate Karan Sokhan says he is still on the fence about the two democratic candidates.

“I want to listen to both of their views, and my heart goes with Sanders, but I think hillary is more electable. So I’m kinda confused right now, I want to see how this campaign goes and how we are evolving in terms of platform with Hillary” said Sokhan, ” So if Hillary’s platform is more suitable for youngsters, more education affordability and stuff like that, then I think I can switch to Hillary.”

This is Clinton’s first official campaign stop in Florida as she rallies voter support ahead of the state’s  March 15 primaries. Democratic rival Bernie Sanders will also be in the area today, he will be speaking at the Florida State fairgrounds tonight at 7 o clock.