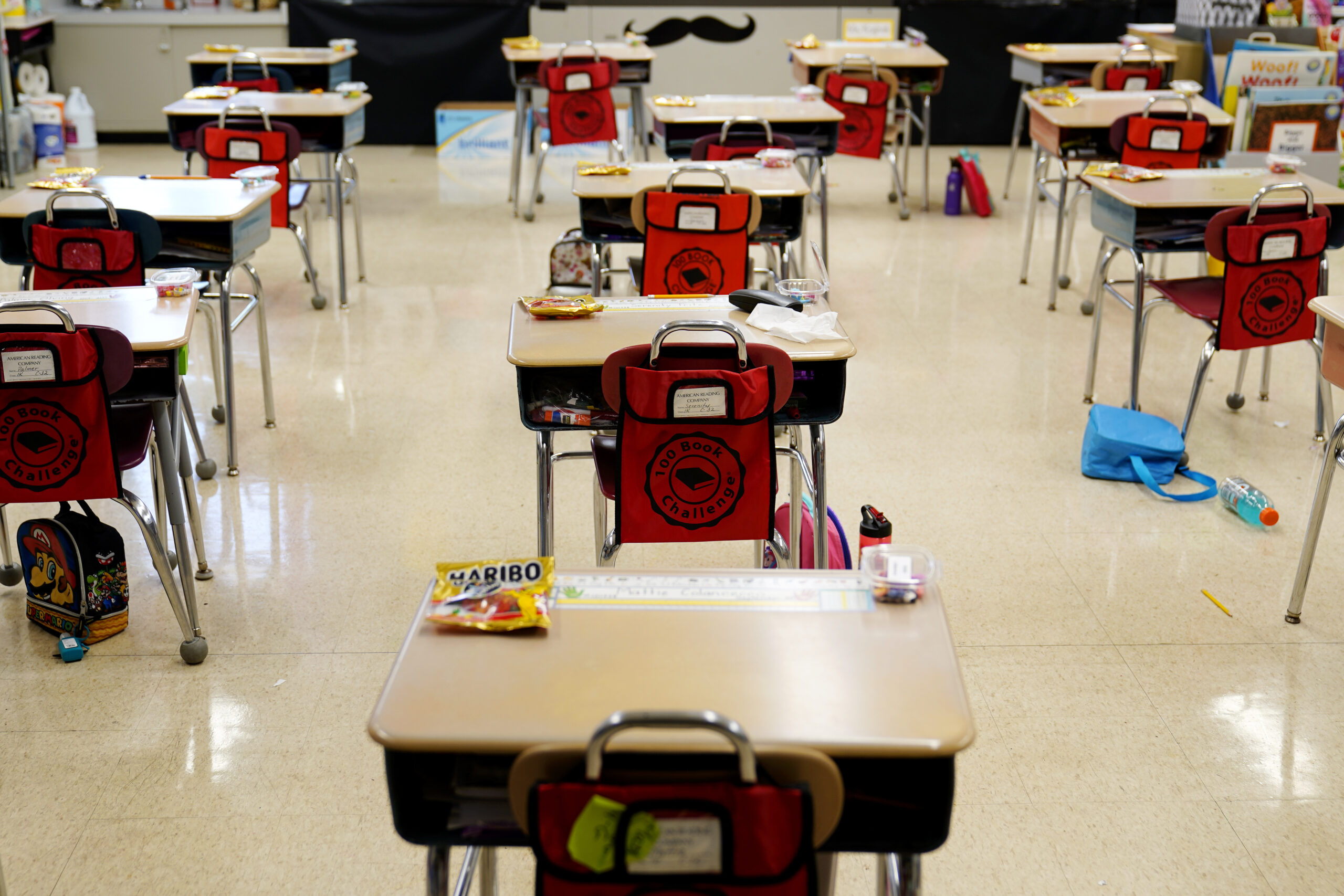 The district reached this agreement with the Hillsborough Classroom Teachers Association (HCTA), a labor union that represents about 14,000 instructional personnel in Hillsborough County, including pre-K and K-12 educators.

Under the tentative one-year agreement, teachers would receive a one-time, non-recurring salary increase, ranging from $799 to $2,200, based on their step level – which is equivalent to their years in service. Teacher salaries in Hillsborough County range from $46,000 to $64,000, according to HCTA union president, Rob Kriete, who spoke to WMNF Wednesday about the district’s deal.

Hillsborough County teachers have been working without a contract since July. That’s largely due to disagreement with the district – which is already operating at a deficit – over pay raises for teachers.

On Monday, the union encouraged teachers to “work to the contract.” While maintaining student education as a priority, this means teachers would complete their contractual obligations. But, that’s it. They’d refuse to work outside of work hours – including before- or after-school events – until a fair deal with the district had been reached. According to Kriete, this is one of several actions teachers have taken to increase their leverage with the district during negotiations. Under state law, Florida teachers and other public employees are barred from striking – one of the most powerful tools unions have at their disposal to demonstrate members’ power.

“The district is just exploiting our exhaustion by not allowing us to come to an agreement on our contract,” middle school teacher Danielle Weigand told Fox 13 outside of a walk-in at Shields Middle School earlier this week, prior to reaching the tentative deal. “We work extra hours at home, grading papers on the weekends, stay late, we come early and to not be allowed to have any sort of incentive for that is kind of a slap in the face.”

Kriete told WMNF that the delay on Monday’s tentative deal with the school district wasn’t ideal. Although there’s relief to have reached an agreement, it doesn’t contain all that the union and its members had been fighting for.

What the agreement does and does not have

For starters, Kriete told WMNF the agreement doesn’t contain a cost of living adjustment – something he says the union had initially proposed and fought for. “On top of working under the most difficult conditions ever, they’re [teachers] not seeing any increase to help, you know, put food on the table and do the things that they need to do, as you know, family members. So, it absolutely falls short. These employees deserve a healthy raise. And that would also help recruit and retain some of our greatest employees,” said Kriete.

Another point of contention is the funding source for the salary increases. The district plans to reassign federal grant money, from the Elementary and Secondary School Emergency Relief (ESSER) fund, to cover one-time pay raises for instructional personnel, including teachers, school psychologists, counselors, and social workers. Due to how the grant works, the expense cannot be recurring. That is, stable or reliable. This has been a source of frustration for the union – which maintains that teachers deserve better. Something more long-term.

But it’s a lack of proper funding from the Florida legislature that remains a major root of the problem. Florida has one of the lowest average teacher salaries in the nation, and ranks near dead last in public education funding.

“We’re not given enough money to run one of the largest school districts in the country,” said Kriete. As of this week, the state legislature is considering further cuts to Hillsborough County’s school district, and eleven others, over the district’s decision to mandate masks for students during the COVID-19 pandemic. An estimated $200 million could be cut from the 12 districts, if the “Putting Parents First Adjustment,” proposed by Rep. Randy Fine (R-Brevard County) within the House budget proposal is approved. Governor Ron DeSantis, who was first critical of the idea, has reportedly reversed course, tweeting out his support for the proposal Tuesday.

‘Burnt out’: teachers pressured to do more with less

The COVID-19 pandemic and a lack of material support has had an impact on teachers, as well as students. Hillsborough County, like other school districts across the country, has struggled with a staffing shortage. Teachers have also seen a learning loss among students, due to changes in instruction – for instance, a shift to virtual learning – that were necessary to protect student, teacher, and public safety.

Local teachers are burnt out. Exhausted, underpaid, and consistently – even before the pandemic – asked to do more with less. According to the Economic Policy Institute, teachers nationwide earn 19.2% less on average than workers doing similar work.

“Teachers are working their butts off in the district every single day,” Kriete said, adding, “The work that they’re doing, they’re losing their conference periods every day. They’re planning periods in which to prepare lessons and grade papers. So it’s become a much more difficult job in the past couple of years.”

A deal has been reached: now what?

Now that a deal with the district has been reached, it will need to go to the union’s membership for their approval. Kriete says, although the agreement isn’t all that they asked for, its ratification is likely, due to how long negotiations have dragged on. But he knows that the fight for a better agreement for the union’s 14,000 members isn’t over.

He told WMNF, “I have promised members that as soon as the governor signs his budget for this year, we’re going to get right back to the table. So that way we’re not in this position next year.”

If ratified by the union’s bargaining unit, the agreement will go to the school board for a vote on whether to enact it. If that occurs, the financial contributions – that is, the bump in teacher pay – will go into effect within a couple weeks. According to Kriete, that’s likely  to happen mid-April.

As for a long-term solution, the union plans to continue fighting for additional funding locally and on a state level for Florida’s public education system. “The legislature just needs to fund our public schools appropriately. I mean, like I said, 47th in the nation [in public education funding] in a state that has a booming economy is quite frankly, criminal.”