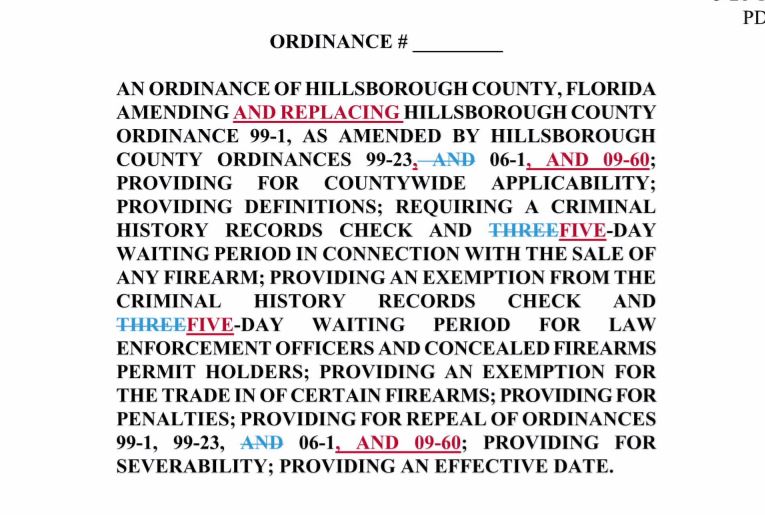 In a move prompted by the Parkland high school shooting, the waiting period to purchase a firearm in one Florida county is now five days.

Hillsborough County Commissioners on Wednesday voted 5-2 to lengthen the so-called “cooling off period” from three days to five despite protests from local gun store owners and Second Amendment activists.

Critics of the plan say there’s no evidence that extending “cooling-off” periods works. Critics say the measure will drive customers to gun stores in neighboring counties that don’t have the longer waiting period.