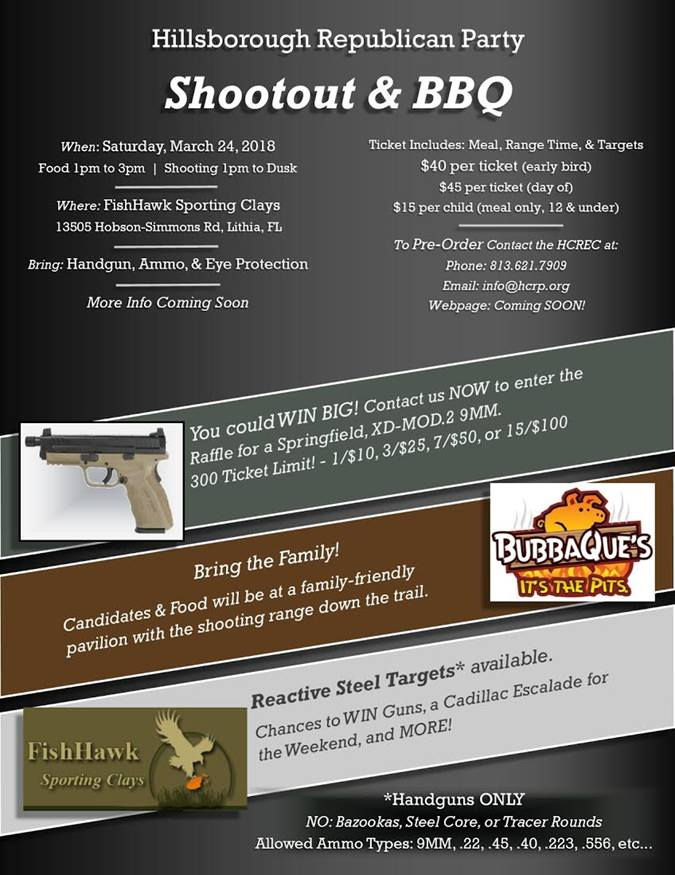 But first two listener comments about yesterday’s program on which we talked about the debate over gun regulation.

Our first guest today is Jim Waurishuk who is the new chair of the Hillsborough Republican Party. He won election last week. He’s a retired Air Force colonel.

Next month the county party will hold a what they had been calling a “Shootout and BBQ” at FishHawk Ranch in eastern Hillsborough County. Yesterday they changed the name of the event to “A Second Amendment Barbecue”. There will be a raffle for a semi-automatic 9mm handgun. And participants at the shootout are being asked to leave their bazookas at home. Also at the event there will be candidates running for office and current office holders. The shootout will take place at FishHawk Ranch Sporting Clays Saturday, March 24th @ 1PM. That’s the same day there will be a series of marches around the country calling for more laws regulating guns. Those rallies are being organized by survivors of gun violence and groups calling for greater regulations on guns.

At the GOP event participants are being asked to not bring the following ammunition or weapons: bazookas, 38 Supers, 5.7, Steel Core or Tracer Rounds.