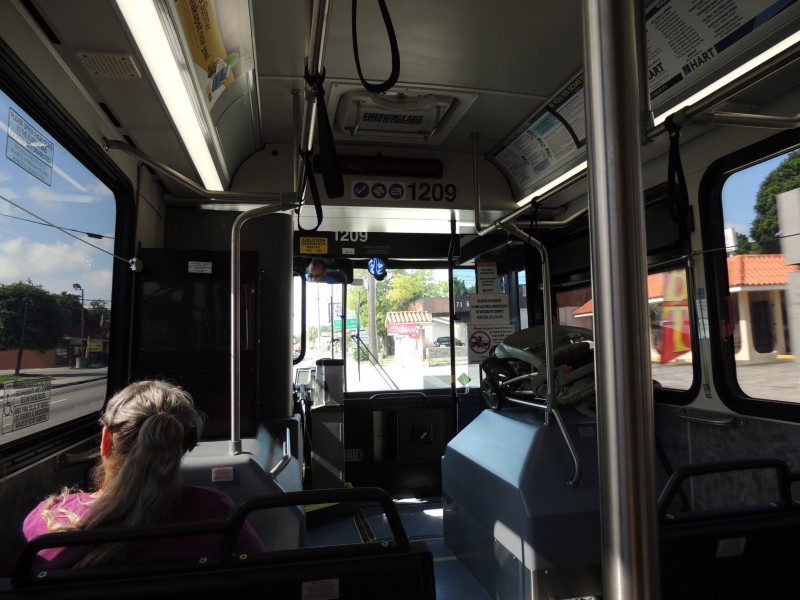 Local workers with the Hillsborough Regional Transit (HART) are calling on their employer to “have a heart” and provide them with a fair contract. After rejecting management’s “best and final offer” last month, workers plan to make their appeal to HART’s board on Monday.

A wide range of over 500 HART workers – including bus operators, mechanics, service attendants, and more – are in negotiations with their employer for a new union contract. On February 15, a majority of HART workers with the Amalgamated Transit Union (ATU) Local 1593 voted to reject management’s best and final offer” for a new contract. According to Ismael Rivera, an organizer with the union, that contract included scheduled pay raises that workers believe are not truly the best HART has to offer: a guaranteed 5% pay increase the first year, 2% for the second and third years, and 1.5% “performance pay” for those latter two years.

The term “performance pay” refers to a pay bump that’s contingent upon meeting certain metrics, or criteria, on the job. But according to Rivera, what this actually looks like isn’t clear. And this concerns workers. “They can’t explain it,” Rivera said, of HART management. Meeting what HART called the “agency goal” during work hours could refer to attendance, as well as factors outside of workers’ control, such as timing and scheduling, which Rivera says is more likely to be influenced by external forces, like traffic.

Yet, when buses are late – due to worker shortages, routes that have been modified due to COVID-19, or other external factors – it’s the frontline workers that frustrated transit riders see first. “It becomes a bit confrontational,” said Rivera. “[These are] things we can’t control.”

The union originally fought for a 6% pay increase in the new contract. Then, a 3.7% raise for year one, 3.1% for year 2, and 3% for year three. That three percent is the national average, Rivera said. The union also wanted better vacation time, and to address issues with their employer’s catastrophic pay policy – which Rivera likened to wage theft.

Management’s offer would also allow HART to terminate workers’ employment if they accumulate six or more absences, also known as “occurrences.” The union had fought for that number to be eight, minimum.

‘Where’s The Fairness?’ or WTF

The union plans to launch what it’s calling a ‘Where’s the Fairness’, or WTF campaign to call attention to discrepancies between what’s afforded to HART management and what’s being offered to their essential workers – some of whom still make less than $15 an hour. “We’re not asking for the world. But we are asking for fairness. And HART needs to have a heart, and have compassion,” said Rivera.

HART board members approved a $37,500 – or roughly 15 percent – salary increase for HART’s CEO Adelee Le Grand last month, using funds allocated through the federal American Rescue Plan. Le Grand’s been on the job for less than a year, now with a $278,500 annual salary. All the while, some of HART’s lowest-paid workers are still fighting for a wage that can keep up with Tampa Bay’s rising cost of living.

In total, HART received $47.7 million dollars through last year’s American Rescue Plan, which are meant to go towards payroll, planning, and operations.

The union plans to go back to the bargaining table with HART next Tuesday and Wednesday, at the union’s headquarters in Ybor City. But prior to that, workers also plan to attend the next HART board meeting, on Monday at 9 a.m., at the Hillsborough County Center on E. Kennedy Boulevard. Workers plan to share their concerns with the board about management’s contract offer, and plainly make their case.