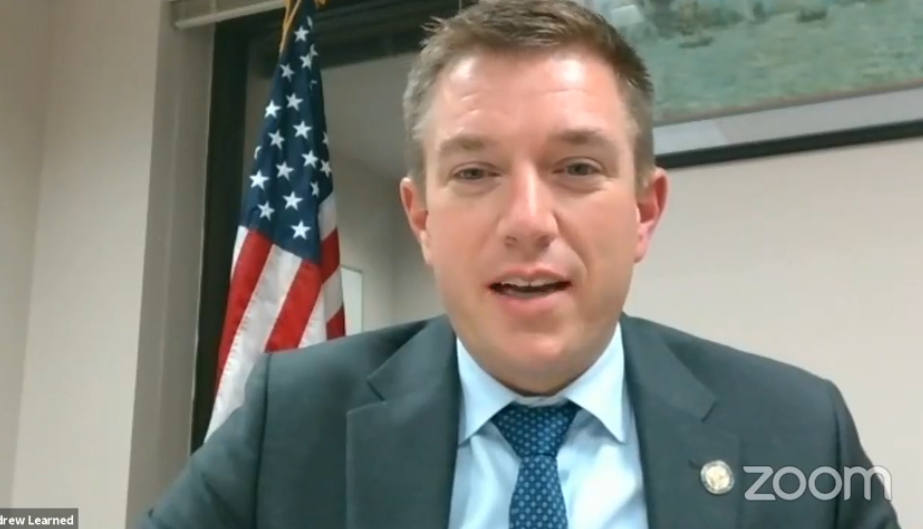 Thursday, Democrats in the State House Thursday introduced a wide-ranging COVID-19 bill that offers alternatives to some Republican proposals. The sweeping bill offers protection from evictions, protects some businesses from COVID-related suits, looks to provide more transparency in data reporting and much more.

At 69-pages, representatives Evan Jenne and Andrew Learned know the bill is a big ask, but said it offers something for every Floridian.

Jenne, a Hollywood Democrat and co-leader of the minority party, said it’s non-partisan in nature and all 37 sections a ripe for picking.

“I’m under no illusion that this bill will be fast-tracked to the floor this session,” he said. “But that’s not what it’s about. In fact, I would encourage my friends on the other side of the aisle to steal as much of this as possible and put it into some committee bill if necessary.”

Jenne and Learned, a freshman representative from Brandon, co-sponsored the bill. But Jenne said Learned did the heavy lifting.

The bill, HB1617 touches on dozens of Florida statutes and covers similar ground to more than 15 other bills in the 2021 session. Albeit, with some modifications. Jenne said one such bill is HB7, which offers businesses COVID-related liability protection.

Critics have said HB7 lands too heavily on the business side and makes it too difficult for workers or other injured parties to prove negligence or that a business was responsible for a COVID-related loss. HB1617 adds to HB7’s language using rejected amendments from representatives Fentrice Driskell and Ben Diamond to ease some of that burden in attempt to even the field, Jenne said.

There’s also language to clear up Florida’s vaccine distribution. Since rollouts began, Florida has been criticized for its “wing-it” approach. Just hours after Learned and Jenne announced the bill, Gov. Ron De Santis again sewed confusion about the distribution. He said federally run sites and pharmacies would offer vaccines to all teachers, regardless of age.

“What the federal government has done has said ‘anybody that works in the school system, regardless of age,'” DeSantis said. “So they’re able to go in these federal pharmacy sites and the federal site. You’re 22 and you’re a teacher. You can go get it.”

That countered his own order from last week limiting the age to 50 and above and created confusion at sites. Some school personnel under 50 reported being able to get the vaccine, while others were told the governor would have to change his order. HB1617 would align Florida’s distribution with federal guidelines.

There’s also more protection for renters. Floridians continue to be evicted despite federal moratoriums. Learned said that’s not okay and should go beyond the pandemic.

“And protectors for renters and homeowners alike so we never have to fear eviction during a state of emergency, pandemic or hurricane,” Learned said.

Learned said much of the bill is aimed at getting Floridians relief, but also preventing shutdowns and economic downturns in the future. That includes a more transparent system for reporting health data to allow Floridians to make more informed choices.

“We’ve made good calls and we’ve missed the mark on some,” he said. “That’s okay. What happened over these last 12 months has been unprecedented. We need to make Floridians whole. Learn the lessons of 2020 and make sure we seize this opportunity to launch our state out of this pandemic stronger than ever.”