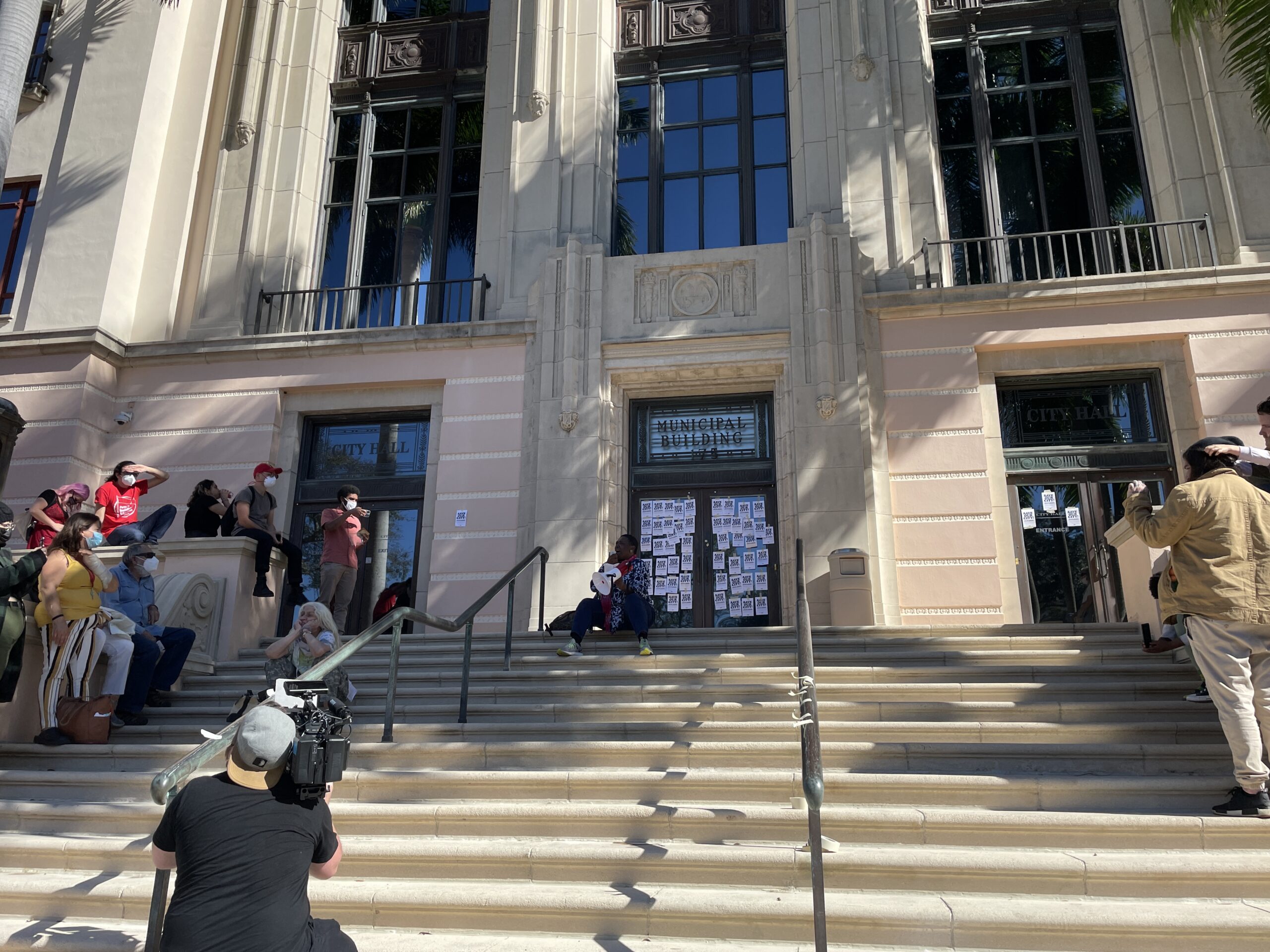 Last month, over 150 residents waited hours to speak to St. Pete City Council on what they say is a housing state of emergency. Saturday in Williams Park, residents gathered with the People’s Council of St. Pete to organize for better housing.

St. Pete resident, Stacy Rush, says she has to move out of her studio apartment this month because the rent went up from $600 to $1,300. Rush, who’s also a spoken word artist and singer, wrote a song about the housing crisis based on the old spiritual, “motherless child.”

The People’s Council submitted over 600 signed petitions to city council last month, declaring a housing state of emergency in the city. St. Pete City Council voted 6-1 to explore legalities of rent control and a housing state of emergency. The mayor’s office is slated to report to council on how to proceed. But the People’s Council’s Aaron Dietrich says so far, nothing has really changed for residents facing homelessness.

“We’ve seen progress,” Dietrich said. “We’ve seen acknowledgment, but I think we all know it and especially hearing Stacey sing her song that has not changed the reality on the ground for us in St. Petersburg.”

Residents broke out into groups to vote on how and when to escalate demands for a housing state of emergency. Deb spoke to her group about what it’s been like to be one of St. Pete’s working homeless.

“I own my own business,” she said. “And I make good money, but not enough to say where I was at.”

Tangela Butler says she’s facing homelessness after over 46 years in the city. She runs a Facebook group called Renter’s Lives Matter. She’s employed and financially stable and says she still can’t find a place to live. 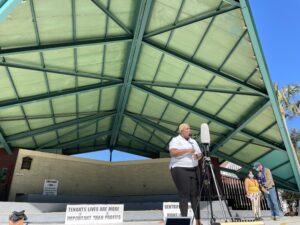 Democratic State Rep. Michele Rayner spoke about her district of south St. Pete. She says people she grew up with are being forced from their homes.

Citizens voted to unanimously to escalate if their demand for housing state of emergency is not met. The majority voted to do so before next month’s meeting. Folks then marched to City Hall, taping “save our city,” petitions to the doors of City Hall. For more information visit peoplescouncilofstpete.org.