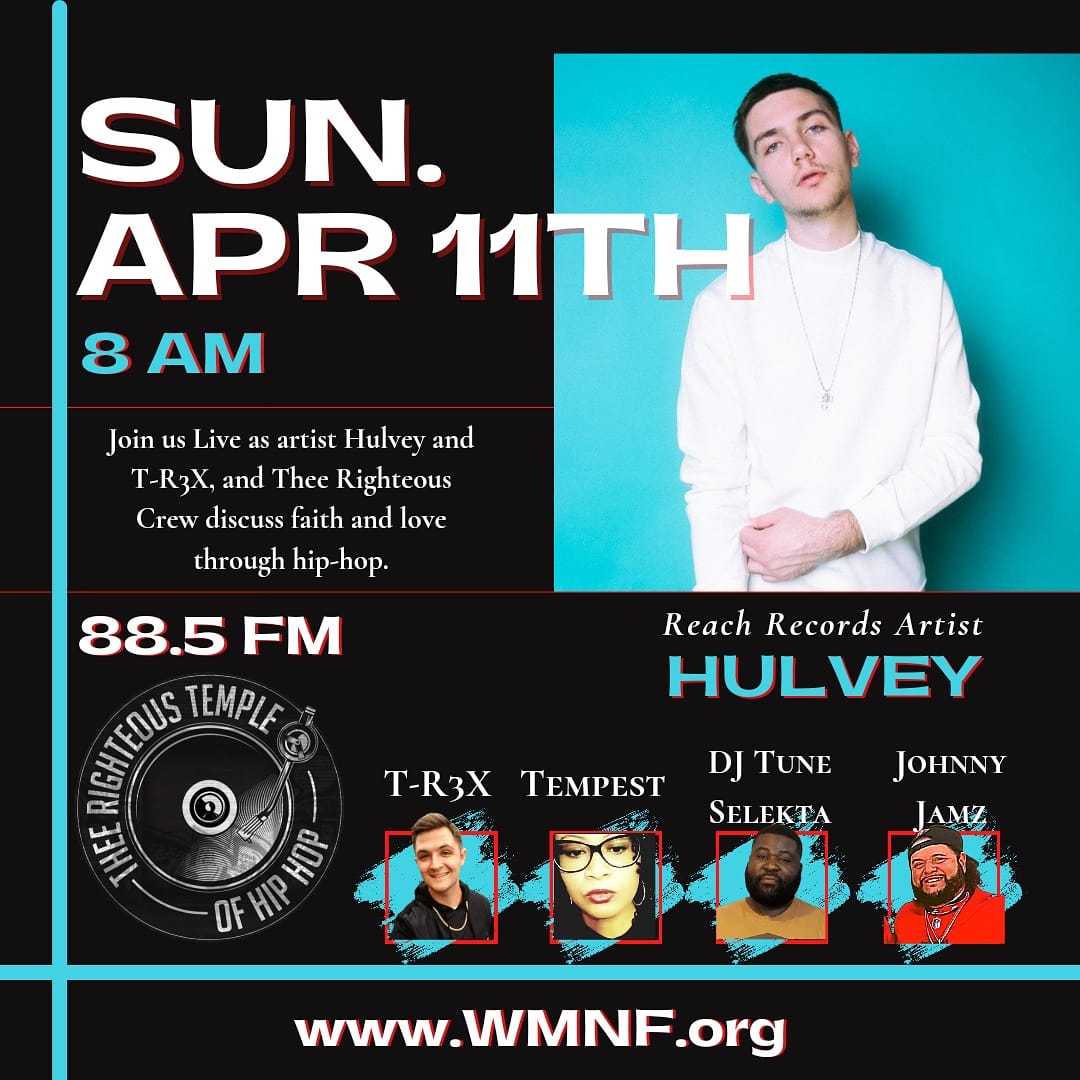 Share this:
Join Thee Righteous Temple of Hip-Hop  as artist Hulvey and T-R3X, and the crew discuss faith and love through hip-hop.

Hulvey, a twenty-two-year-old Brunswick, GA native, went from dropping out of college and scrubbing toilets at Publix to becoming Reach Records latest hip hop rising artist. His label debut EP BRKNHRT released in 2020 and immediately garnered him national praise. Pandora named him “Christian Artist to Watch in 2020”, his tracks ‘Higher’ and ‘Real Love’ from Hulvey Vol. 1 and Hulvey Vol. 2 were featured on VH1’s Love and Hip Hop Atlanta in 2020 and ‘Cold Blooded’ was featured on ABC’s hit show ‘The Rookie’. Shortly after BRKNHRT released the global pandemic hit. Having to put the hopes of touring and performing on hold, Hulvey, like the rest of the world, found himself in his bedroom, secluded from his friends and family, but it was then that he faced his insecurities and fears. It was from that raw and honest place of deliverance and victory where a new body of work was born – Christopher

Tune in & Tap in (wmnf.org) 8 AM Sunday to hear from Hulvey!