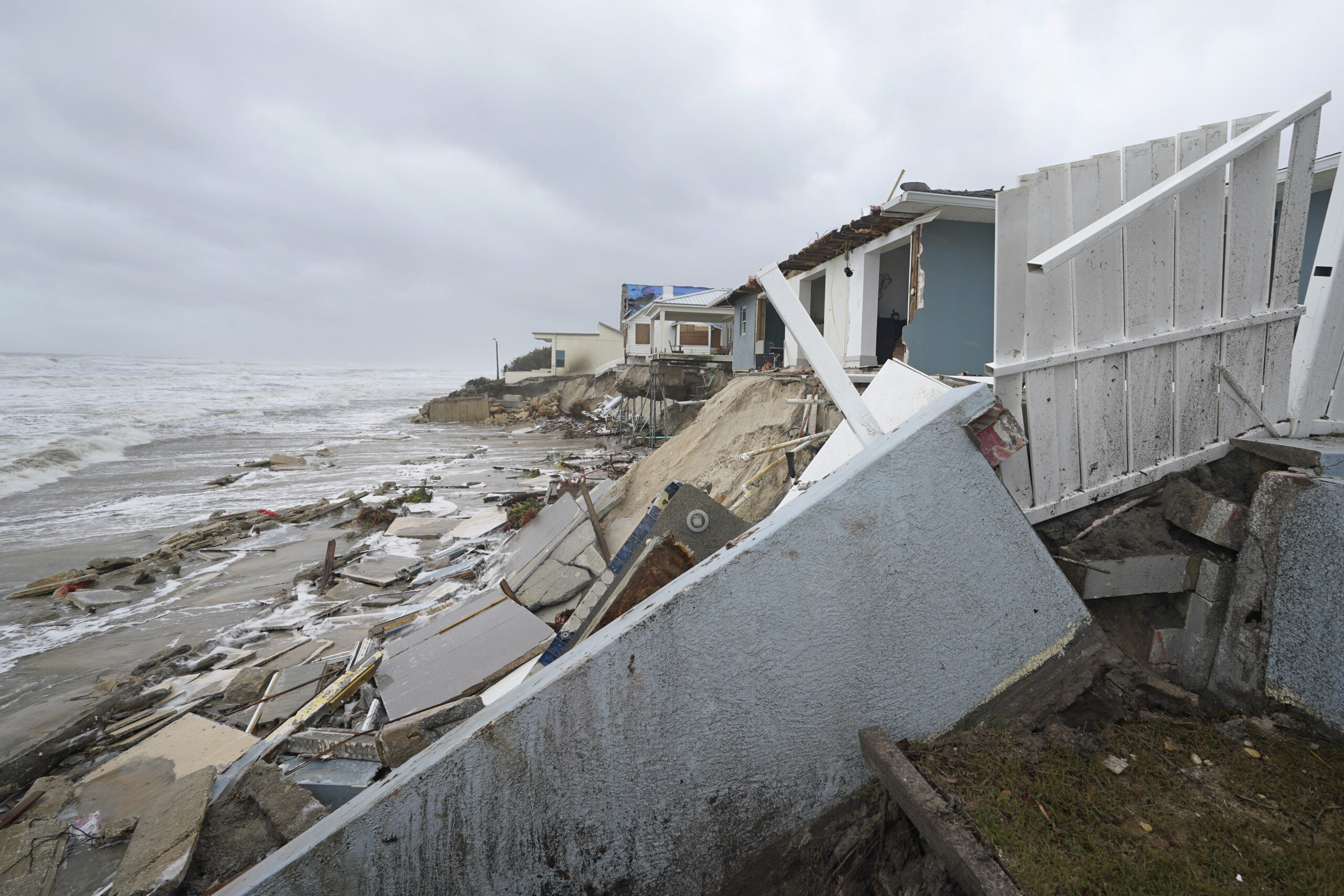 But DeSantis said he anticipated that Nicole, which made landfall as a Category 1 hurricane before heading to Central Florida and North Florida, would cause flooding and further damage coastal areas that sustained erosion in Ian.

“This is obviously not as significant storm as Hurricane Ian was, but coming on the heels of that, you’re seeing communities, particularly in the Volusia County area, that had a lot of that erosion on the coastline,” DeSantis said during a mid-morning news conference at the state Emergency Operations Center. “This has put some of those structures in jeopardy, and they’ve been working very hard to make sure everybody’s safe.”

Nicole’s winds had knocked out power to about 330,000 electricity customers, with outages covering 23 percent of Brevard County, 17 percent of Indian River and smaller percentages in Seminole, Volusia, Putnam and Orange counties, DeSantis said.

State Emergency Management Director Kevin Guthrie said efforts to restore power were underway in the Treasure Coast region. Utilities, including Florida Power & Light and Duke Energy Florida, said before the storm that they had positioned thousands of crew members to address outages.

“Nicole continues to impact the state, but our restoration is well underway,” Eric Silagy, president and CEO of FPL, said in a statement Thursday morning. “During the height of the storm in the southern part of Florida, when crews were unable to travel safely, our smart grid technology was working to restore power remotely. Now, in the areas where winds are below 35 mph, our teams are out in full force, conducting critical damage assessments and restoring power.”

FPL provides electricity on most of the state’s East Coast, while Duke has large numbers of customers in Central Florida and North Florida.

Guthrie also advised residents to be mindful of isolated tornadoes, elevated tides along the East Coast and flooding in areas of the St. Johns River.

He told reporters after the news conference that at least one building in Volusia County crumbled into the ocean and other coastal structures were on the verge of collapse.

The state had 600 members of the Florida National Guard on standby, while the storm caused 61 school districts to close.

DeSantis also expanded to the entire state an executive order declaring a state of emergency. DeSantis’ initial declaration covered 34 counties, and he added 11 counties on Wednesday.

He pointed Thursday to “an abundance of caution” because of an unknown “extent of the impacts in Northwest Florida.”

Nicole was downgraded to a tropical storm after making landfall on northern Hutchinson Island in Indian River County.

The National Hurricane Center expected the storm to continue to weaken before entering the Gulf of Mexico on Thursday afternoon. Nicole wasn’t expected to remain over the Gulf long enough to intensify before again making landfall in Northwest Florida. Rain was falling as far north as Tallahassee late Thursday morning.