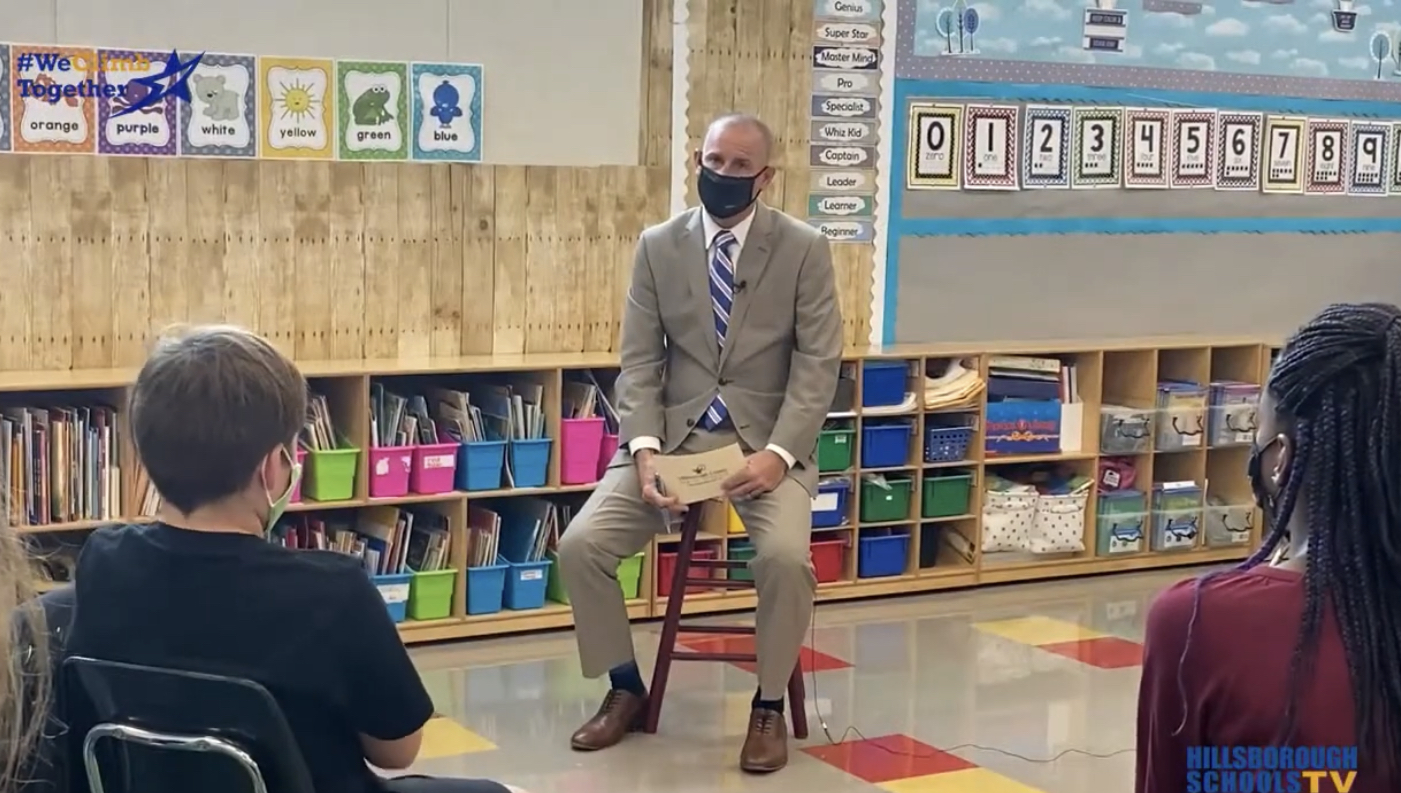 Hillsborough County School District Superintendent Addison Davis says some schools are living beyond their means and staffing cuts have to be made. But Davis is getting pushback as some say teachers should take precedence over technology.

With just a few months on the job under his belt, Davis has already spent more than $12 million on computer-based learning systems for the district, including a $3.7 million purchase from a company that employs his brother as an executive.

Davis and his deputy, Michael Kemp, said using such programs helped boost literacy and math skills when they worked together in Clay County.

The District’s top executives accuse some schools of spending too much on excessive staff. But Hillsborough Classroom Teachers Association Executive Director Stephanie Baxter-Jenkins said what worked for Clay won’t necessarily work for Hillsborough, a much larger school district.

“They made decisions to put in place a structure like they had together in Clay County,” she said. ” And that structure may have worked in a district one-sixth the size of this district.”

Baxter-Jenkins added that Davis’s restructuring of the District’s management staff came at the expense of those who did know what works for Hillsborough.

“I feel like we let go of a lot of people that had critical information We now have a lot of staff that’s not from here,” Baxter-Jenkins said. Some may argue that’s a good thing, but I have not yet seen the benefit of that.”

According to a report from the Tampa Bay Times, Davis and Kemp are planning to analyze individual schools and make staffing reductions over the next year or two. Schools, they said, keep staff on after certain grant programs expire, then scramble to pay them. Additionally, fewer students have been in schools lately, but operating costs remain the same. Then there’s the added cost of purchasing personal protection equipment required to keep schools open during the coronavirus pandemic.

Baxter-Jenkins said those issues and expenditures are temporary and shouldn’t garner such a permanent response.

Teacher and School Board District 3 candidate Jessica Vaughn said when she visits schools she’s seen frustration with understaffing, not an excess.

“This over-staffing myth is something that I have yet to see or experience or really understand where that’s coming from,” Vaughn said.

Both Baxter-Jenkins and Vaughn agreed that the District should look at recent software spending before threatening teaching and support jobs.

“The reading coaches are gonna have more effect on struggling readers than a high-functioning software our teachers aren’t trained to use.”

Baxter-Jenkins said the reliance on computer-based learning has come at the expense of students, even her own children who are Hillsborough students.

“They do not find them useful. They find them tedious and boring,” she said. “I absolutely think that working with actual human beings is always going to be more effective for long-term skill level building than a computer program.”

Deputy Superintendent Kemp said Hillsborough has a similar-sized staff to Broward County, which is larger, and that should signal the need for cuts. But Baxter-Jenkins said that all depends on what you consider staff. Some districts contract for things like custodial staff, where Hillsborough employs them.

“When you actually dig a little deeper I do not feel that comparison harms the teacher bargaining unit in any way,” Baxter-Jenkins said. “If anything it says our teachers are right in line as far as numbers.”

Not to mention, Vaughn said, that both counties could have different needs, especially when it comes to specialized needs like 504 plans and Individualized Education Plans for students who require alternate learning environments.

“I don’t think that we should compare ourselves to another district,” she said. “What we should be looking at specifically is the needs within our own district.”

Now working under the third superintendent during her time with the County, Baxter-Jenkins said budget woes seem to be manufactured issues.

“At the beginning of the last two superintendents tenure everyone claimed a budget crisis so that they can sweep in and look like they solved something,” she said.

With more spending going to technology and managers in the District, Baxter-Jenkins said Davis should examine some his own choices before going to schools.

“When you’re looking at budget cuts, you do not cut the classroom. You cut the downtown,” she said. “Spending millions of dollars on computer programs that people don’t want to use and that didn’t go through our contractual procedures so they can’t be required, that may be a waste of money in some people’s minds.”