Home Blog Improbable, Yet Believable. A Conversation with Augustus Rose on Life Elsewhere 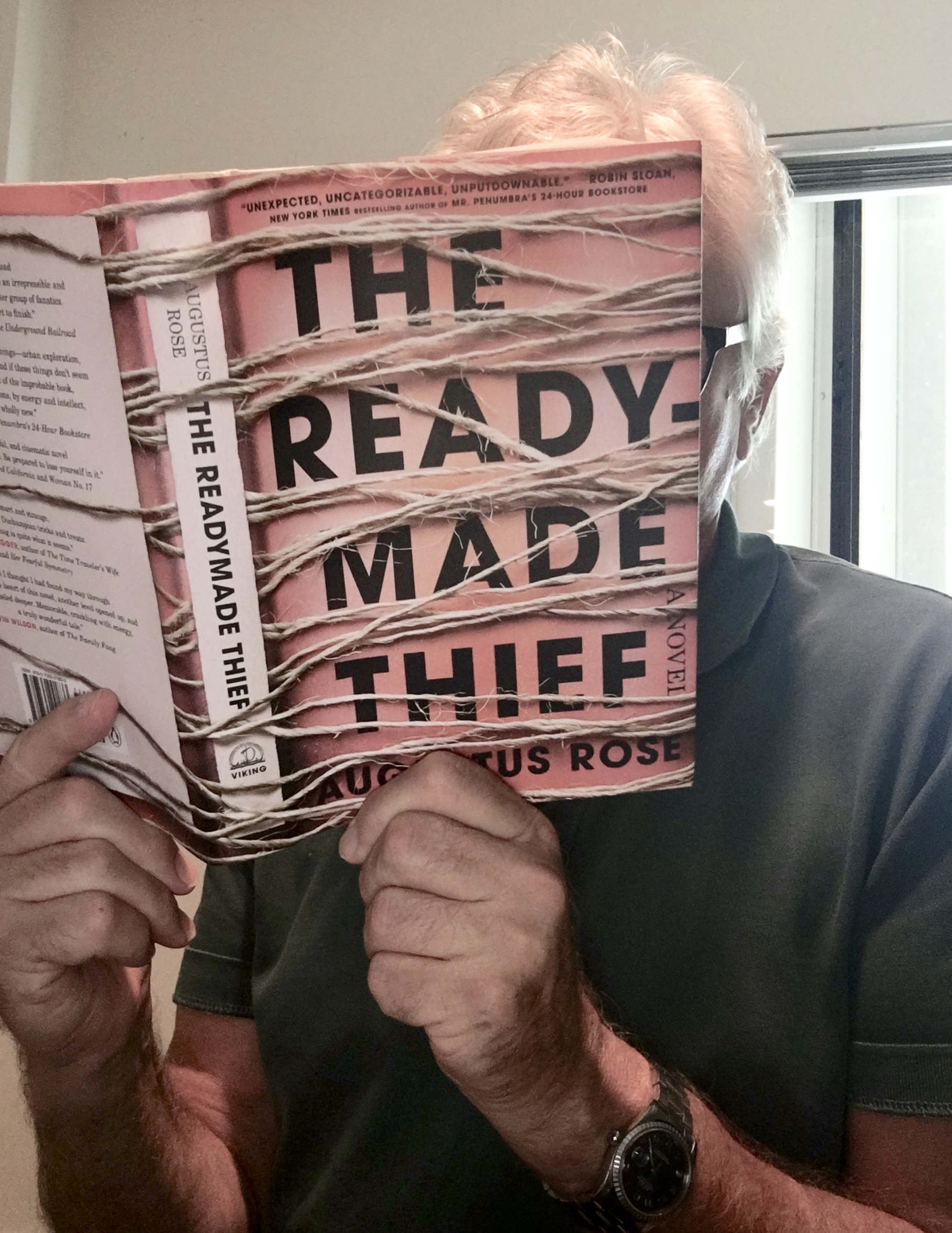 “This is a remarkable debut novel, on finishing, I flipped to the first page to start over…just in case I missed something!”

This is Norman B on The Ready Made Thief by Augustus Rose. The Chicago-based writer has deftly conjured up an extraordinary plot packed unexpected twists and turns and a cast of unlikely characters. Yet, at the same time, everything is real and believable. This is the magic of Rose’s story about a Lee, a seventeen-year-old, on the run, alone on the streets of Philadelphia. She takes the fall for a rich friend, then reluctantly accepts refuge in the Crystal Castle—a cooperative of homeless kids squatting in an austere, derelict building. But homeless kids are disappearing from the streets in suspicious numbers, and Lee quickly discovers that the secret society’s charitable façade is too good to be true. She finds an unexpected ally in Tomi, a young artist, and hacker whose knowledge of the Internet’s black market is rivaled only by his ability to break into and out of buildings. From abandoned aquariums to highly patrolled museums to the homes of vacationing Philadelphians, Tomi and Lee can always chart a way to the next, perfect hide-out. But the harder Lee tries to escape into the unmapped corners of the city, the closer she unwittingly gets to uncovering the disturbing agenda of the very men who pull the strings of the secret society she’s hoped to elude, a group of fanatics obsessed with the secrets encoded in the work of early-twentieth-century artist Marcel Duchamp. What these men want is more twisted than anything Lee could’ve imagined, and they believe Lee holds the key to it all.

Augustus Rose is Norman B’s guest in the next edition of Life Elsewhere, their conversation explores the many complexities of The Readymade Thief with Norman B surprising Augustus by suggesting an unorthodox casting choice for his heroine when his inspired book becomes a movie or TV series.